Five years ago, the Kinsey Sicks made an extremely fleeting debut on RuPaul’s Drag Race.

“We were actually on the Season 8 finale of Drag Race where, spoiler alert, Bob The Drag Queen won,” says Spencer Brown, who portrays Trampolina. “We ended up performing an a cappella rendition of the theme song to Drag Race…cut down to about five seconds.”

Mainstream interest in drag over the last decade has been a boon for the nearly 30-year-old ensemble. “We see a lot of spillover from people who have been watching drag on TV,” says Brown. “People are interested in seeing other types of drag performances.”

Brown has been with the Kinsey Sicks for 13 years, and describes Trampolina as “the dimmest bulb of the group. If people were to compare her to a character from The Golden Girls, she is definitely Rose Nylund…. She’s so pure and innocent and naive, that she gets away with saying some of the most outrageous and, at times, offensive material in the show. It’s eye-opening for audiences, because they can relate to her — everyone knows someone like her.

“Trixie’s the glamorpuss,” Brown continues, “Winnie is the sort of taskmaster, but she also has this quirky, nerdy side to her that’s endearing. And then Angel is [a] ticking time bomb, and you don’t know what she’s going to do next. But you know that it’s going to be in the spirit of fun and humor.”

The Sicks are marking a return to touring their live act by reviving one of their oldest and most popular hits. With the holiday-themed Oy Vey In A Manger, “we can still touch on stuff that has happened, but we want people to come back to the theater and have fun. We didn’t want people to feel like they needed to relive everything from the past two years.”

In Oy Vey, “Trixie and Trampolina are the shiksas of the group, and Winnie and Angel are the two Jews, and we all live in the manger, and it’s being foreclosed on,” Brown says. “So we are prepping our manger to sell it. And everything that can happen, does happen during this show. There are tensions, there’s hilarity, there’s mayhem.

“And we ruin some Christmas classics that you will never hear the same way again,” Brown laughs. “And to me, that is the most joyous thing. I absolutely love hearing the reactions in the audience when we ruin a song like ‘Silent Night.’“

Hot Picks of the Week: Ain’t Too Proud, National Chamber Ensemble, and Cocktails at Doyle Bar! 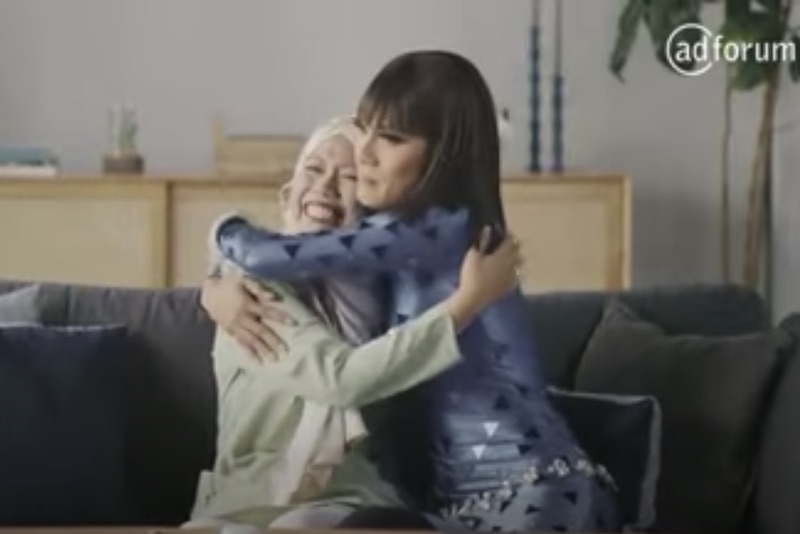 The company noted in its justification for pulling the ad that the commercial "may be perceived as insensitive and offensive to some members of our local community."

The full ad, titled "Listen to Your Heart," which is about five minutes long, features four individuals -- all wearing Samsung headphones -- hearing their loved ones read letters they wrote about them using a Samsung device. One of the individuals is a Muslim woman who hears her son read a letter thanking her for being accepting of the fact that he is a drag performer.