The decision, handed down on Thursday, stems from a 2019 lawsuit filed by Anna Lange, a transgender woman and sheriff’s deputy in Houston County, Georgia. Lange, 16-year veteran of the sheriff’s office, was denied coverage for gender confirmation surgery under her employee health insurance plan, due to an exclusion in the department’s policy prohibiting coverage for transition-related medical care, including counseling, hormones and surgical procedures.

As a result of the exclusion, Lange was forced to pay out of pocket for some treatments, and forego more costly procedures, even though her doctors agree that such treatments are medically necessary to treat her gender dysphoria. She repeatedly petitioned her employer, the county, to remove the exclusion, but her requests were denied.

Lange then sued in court, arguing that the insurance exclusion in the county’s employee health plan is discriminatory and unconstitutional. Specifically, she argued that the policy discriminates against her (and other transgender individuals) on the basis of sex, violates the Americans with Disabilities Act, and violates her right to equal protection under the law, as guaranteed by both the Fourteenth Amendment to the U.S. Constitution and the Georgia Constitution.

Chief Judge Marc Treadwell, of the U.S. District Court for the Middle District of Georgia, found that the insurance exclusion “plainly discriminates because of transgender status,” and thus violates prohibitions against sex-based discrimination in Title VII of the Civil Rights Act of 1964. In his opinion, Treadwell pointed to evidence showing that Houston County’s health care plan, provided through Anthem Blue Cross and Blue Shield, would provide hormone therapy for menopause and surgery for breast cancer to cisgender women, but does not cover the exact same procedures if the patient is a transgender woman.

“The undisputed, ultimate point is that the Exclusion applies only to transgender members, and it applies to Lange because she is transgender,” Treadwell wrote, citing a U.S. Supreme Court decision from 2020 finding that discrimination based on gender identity or sexual orientation constitutes a form of illegal sex-based discrimination.

“The suggestion that an employer with a single health insurance plan could fill the plan with discriminatory exclusions and avoid Title VII liability because the employer offered that one ‘coverage package’ to all employees lacks any merit,” wrote Treadwell.

Treadwell also noted that, in 2016, Houston County’s insurance broker, who acted as a liaison between the county and Anthem, informed the county that Anthem would no longer categorically exclude coverage for gender-affirming care due to prohibitions on sex-based discrimination contained in Section 1557 of the Affordable Care Act.

“Despite Anthem’s recommendation to do so, the County chose not to accept the nondiscrimination mandate,” Treadwell noted.

However, Treadwell also ruled against Lange’s claim that the exclusion violated the Americans with Disabilities Act, ruling that she had not provided “sufficient admissible evidence” that her gender dysphoria is the result of a physical impairment.

As to Lange’s claims of equal protection, Treadwell said those claims would proceed to trial due to numerous disputes over whether the insurance exclusion was adopted and kept in place for the purpose of discriminating against transgender individuals, or whether it was kept in place due to costs and the financial burden that would have been placed on the county. Based on information from Anthem, the specific procedure sought by Lange — colloquially known as “bottom surgery” — is estimated to cost about $25,600. However, Anthem also told the county that the cost for gender confirmation surgery can run upwards of $186,000, while also noting such procedures are rare.

“Lange argues the County’s refusal to consider an exception for Lange’s ‘sex change’ surgery demonstrates discriminatory intent,” wrote Treadwell. “Sheriff Talton didn’t ‘believe in sex changes,’ and the County didn’t consider the cost of removing the Exclusion before it declined to do so. On the other hand, because annual plan costs rose by over 17% in 2018-2019, it could be that the County wasn’t interested in taking any action that would cause it to pay any more than it was already obligated to pay under the existing terms of the health insurance plan. … In sum, the facts are hotly disputed. The Court cannot say as a matter of law whether, under the Equal Protection Clause, the adoption and maintenance of the Exclusion was motivated by discriminatory intent.”

It remains unclear whether the county will appeal Treadwell’s finding that the exclusion violates Title VII. Houston County Administrator Barry Holland told the Georgia Recorder that county officials could not comment on the ruling Friday, citing “ongoing litigation.”

Lange’s legal team celebrated the ruling as a partial victory, calling it a landmark decision for transgender rights that could threaten provisions that specifically exclude gender-affirming care in other locales.

“The Court’s decision makes clear that depriving transgender people of healthcare is not only immoral but also illegal,” David Brown, the legal director for the Transgender Legal Defense and Education Fund, said in a statement. “An employer cannot refuse health coverage to a transgender employee who needs access to medically necessary, life-saving care. This ruling will have transformative impact on the quality of life for countless transgender people who live in the South.”

While Treadwell has yet to decide what relief Lange will be awarded for having been discriminated against, Lange celebrated the partial decision as a step towards receiving the treatment she’s fought for nearly five years to obtain.

“It’s a huge relief to know that I can finally receive the medically necessary care that I was repeatedly and unfairly denied,” she said in a statement. “I can confidently move forward with my life knowing that gender affirming care is protected under federal law. This decision is not only a personal victory, but a tremendous step forward for all transgender Southerners who are seeking insurance coverage for medically necessary care.” 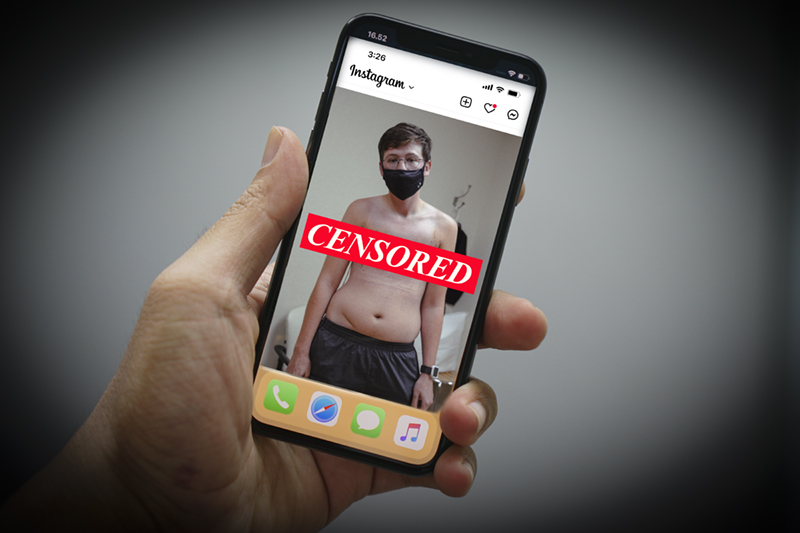