Bodies, Bodies, Bodies (★★★☆☆) dives right into its wild and crazy escapades, following Bee and Sophie, two girls in love, on their way to a posh estate for a party.

In a shot cemented in The Shining, the camera tracks the affectionate pair overhead as they drive up a winding road to the remote, gated manor. Surely, something wicked awaits the revelers at this drinks-and-drugs-fueled blowout.

Snotty host David (a well-cast Pete Davidson) is downright hostile towards them, while his girlfriend Emma (Chase Sui Wonders) remains aloof, and their friend Jordan (Myha’la Herrold) gets her kicks picking on Bee.

Only Alice (Rachel Sennott), everyone’s friend at the party, greets Sophie with any real warmth. And Bee soon realizes she’s strolled into a minefield — a party full of her new girlfriend’s old friends and frenemies, none of whom seem to want to play nice.

Director Halina Reijn establishes a fraught but fun atmosphere, with barbs and come-ons flying between these sarcastic twentysomethings who share a deep, complicated history of alliances and betrayals. They also share class status as rich kids, a point of camaraderie and contention. This crowd calls each other all sorts of awful names, but none, apparently, stings like being called “upper middle-class.”

Eventually, all the sniping — and vaping, snorting, drinking, flirting, and playing parlor games like Bodies, Bodies, Bodies — leads to someone’s throat getting cut. Inside this house big enough to get lost in, or to stay hidden, dead bodies start to turn up everywhere.

Reijn exploits the vast space and darkness in lengthy, lights-out sequences of the friends searching the house led only by cellphone flashlights. To the credit of Reijn and screenwriter Sarah DeLappe, tension escalates with the body count, as do the laughs.

The film is never funnier than when the frightened potential victims are arguing over what to do, whom to trust, and whom to suspect of being a psychopath. One suspect is accused of merely acting innocent: “You guys remember her Hedda Gabler?” “Not to be mean, but she wasn’t that good in Hedda Gabler.”

Plotting of the mystery isn’t as sharp as the humor, though. The friends’ various gripes and squabbles, dating back to past traumas and mistakes, become muddled and never engender much rooting interest for one side or another.

All these folks, except for Bee, are drowning in their negative feelings. They’re each obnoxious in their own way, including Alice’s older, oddball boyfriend, Greg, played by Lee Pace in an appealingly loose version of that strange dude who’s always partying with a much younger crowd.

Each actor in the ensemble registers a distinct characterization for what could have been a random collection of slasher victims — though Sennott really nails the comedic target as excitable Alice, who delivers many of the best lines.

The film’s best joke, and it’s a really good one, is saved for the final reveal in this twisted whodunnit — but not before deploying a sword, knife, gun, and weightlifting kettlebell as weapons in the storm of bloody murder and mayhem. Fortunately for the faint of heart, most of the slashing, stabbing, and physical violence occurs off-screen. But no one onscreen is safe from the shocking verbal jabs of friends and exes scorned. 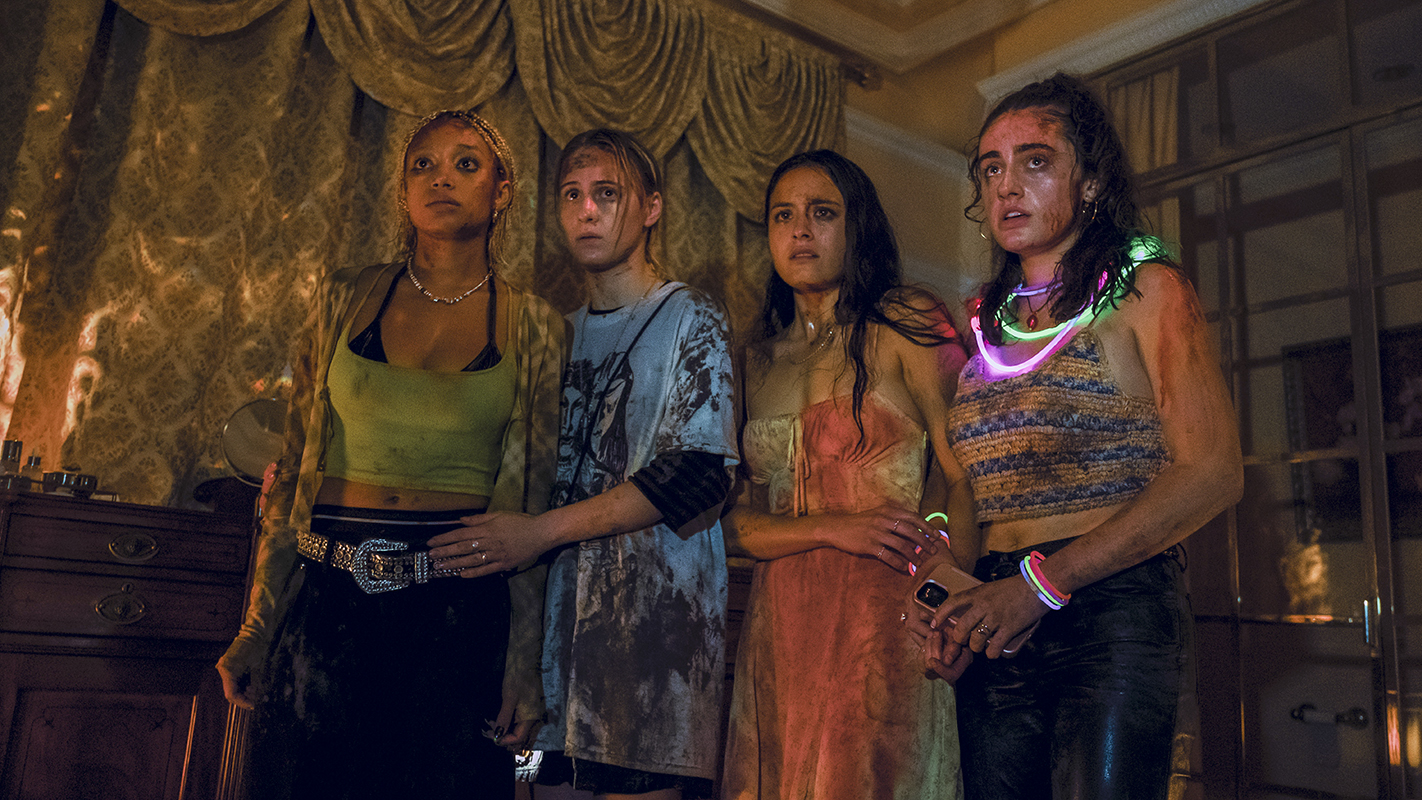 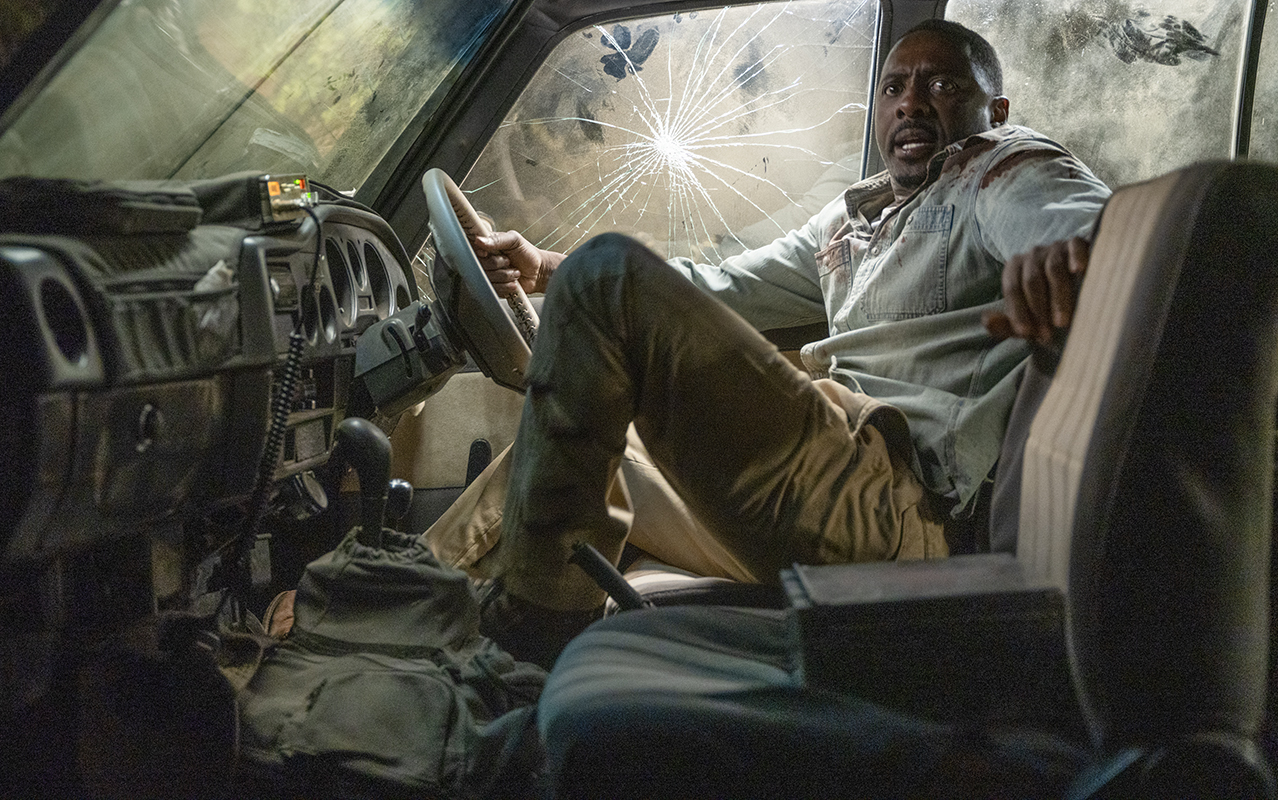 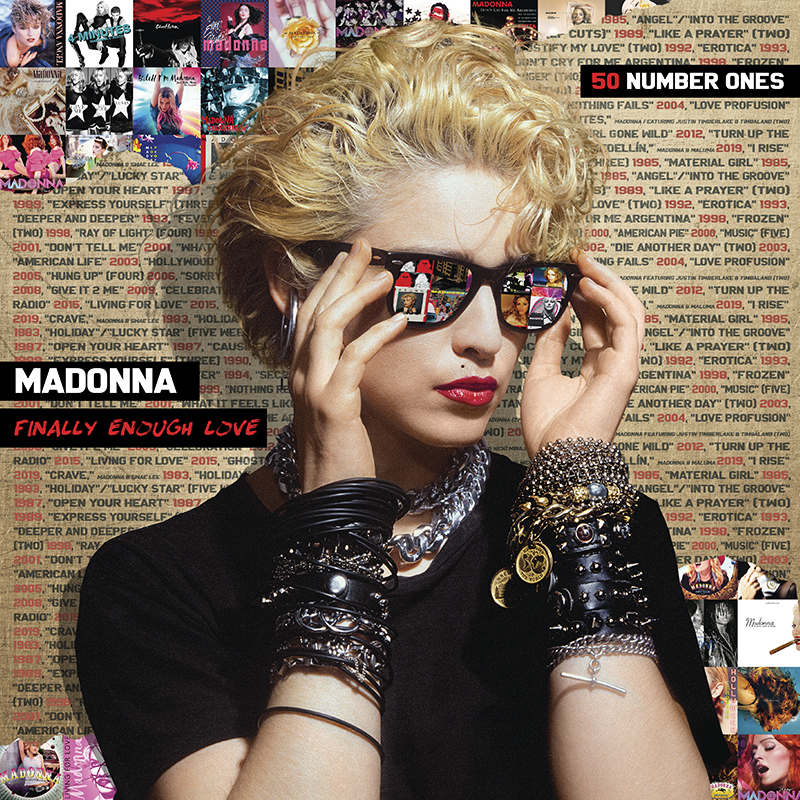