Last month, Casa Ruby was forced to shut down its shelter and transitional housing programs after the organization was accused by several former landlords of failing to pay rent on several of its properties, resulting in the accumulation of late fees that only increased the nonprofit’s outstanding debt. Additionally, current and former employees told The Washington Post and Metro Weekly that Corado had exercised tight control over the organization’s finances, refusing to allow anyone else to access Casa Ruby’s accounts and claimed she has failed to pay employees operating the nonprofit’s non-housing programs for the past few months.

Racine’s office claims Casa Ruby received more than $9.6 million in grants from the District of Columbia since 2016, with much of that money intended for programs to help homeless LGBTQ youth, LGBTQ asylum seekers, transgender individuals, and LGBTQ survivors of violence. Those grants, coupled with charitable donations from the public, were the primary source of income for Casa Ruby.

The Attorney General’s office claims, among other allegations, that Corado allegedly withdrew tens of thousands of dollars from the organization’s M&T Bank account throughout 2021, using over $60,000 in funds to pay bills for a charge card she controlled. Her most recent withdrawal, of $604, occurred on July 19.

Racine’s office also claims Corado allegedly used funds to pay for meals and transportation expenses to and in El Salvador, where she is currently residing and purportedly planning to open another Casa Ruby.

While Racine’s office said it is still investigating “the full extent of the misuse” of charitable funds, it alleges that, through her control of Casa Ruby’s bank account and PayPal account, the latter of which processes donations made through the organization’s website, Corado continues to use the organization’s funds in a way that do not support the organization’s stated mission of providing support programs to needy or marginalized communities within the District of Columbia.

Complicating matters, Racine’s office claims Casa Ruby’s board of directors allegedly never met — or never kept records of meetings held — from 2012 to 2020. Over time, board members slowly left their positions without being replaced, ceding full financial and operational control to Corado and failing to exercise oversight over how the funds were spent.

According to Racine’s motion seeking a temporary restraining order, Corado has continued to exercise sole control over the nonprofit’s financial accounts, even after stepping down from her position as executive director last fall.

As part of its motion, Racine’s office, on behalf of the District of Columbia, has asked the court to freeze Casa Ruby’s bank and PayPal accounts to prevent Corado from making additional withdrawals for personal use and require her to keep any funds already withdrawn from the accounts in the United States. The motion also asks the court to appoint a receiver or court-supervised official on a provisional or permanent basis to help stabilize and reform the management and governance of Casa Ruby, order the nonprofit to get its books in order, and create a trust to regain control over funds improperly obtained by Corado or other employees of Casa Ruby in violation of D.C. law.

“[P]reliminary relief is warranted because the District is likely to prevail on the merits of its claims given Defendants’ diversion of funds away from their legitimate use by the organization to illegitimate uses, including the personal benefit of Corado, leaving the organization unable to operate, including it being unable to pay rent on the transitional housing it is designed to provide to vulnerable communities and it being unable to pay its employees and vendors for services rendered,” Racine’s office argues in its complaint against Casa Ruby, arguing that the loss of charitable funds will be “irreparable” if the restraining order is not issued immediately.

According to D.C. Superior Court records, a hearing on the request for an injunction will be heard by Superior Court Judge Danya Dayson on Wednesday, Aug. 3 at 11 a.m.

In a related complaint filed against Corado and Casa Ruby, the Attorney General’s office claims that Casa Ruby exceeded or abused its authority, in violation of the District’s Nonprofit Corporation Act, continued to act contrary to nonprofit purposes, and failed to safeguard nonprofit assets and observe basic governance and accountability standards. An initial scheduling conference regarding those charges has been scheduled for Oct. 28.

“Casa Ruby’s operations suggest clear patterns of gross mismanagement and poor oversight of its programs and finances,” Racine said in a statement. “Instead of fulfilling its important mission of providing transitional housing and support to LGBTQ+ youth, Casa Ruby diverted hundreds of thousands of dollars in District grants and charitable donations from their intended purpose.

“Their Executive Director appears to have fled the country, withdrawn at least tens of thousands of dollars of nonprofit funds, and has failed to pay employees and vendors money they are rightfully owed. Upon hearing of the suspicious circumstances surrounding its collapse, our office immediately began investigating and is using our broad authority over District nonprofits to safeguard the organization’s assets and hold its leadership accountable,” he added.

Last fall, the District’s Department of Human Services declined to renew a nearly $840,000 grant to Casa Ruby to run a low-barrier shelter for homeless LGBTQ youth, with DHS alleging that Casa Ruby had failed to abide by terms of its original agreement by failing to provide a minimum of 50 low-barrier beds specifically designated for LGBTQ homeless youth. At the time, Corado’s lawyers argued that DHS’s assertions were a misinterpretation of the contract terms.

The loss of the DHS grant sent Corado online to implore the local community to donate to a GoFundMe fundraiser, with the money raised ostensibly going to benefit the youth who would be losing a place to stay if the shelter were to close.

According to The Washington Post, the D.C. Office on Latino Affairs stopped releasing grant money to Casa Ruby in February, but DHS, the Department of Health and the Office of Victim Services and Justice Grants have continued to pay out the rest of the grant money to Casa Ruby — even though the directors of those programs have no access to the funds and can only obtain them with the express permission of Corado.

Attempts to reach Corado with requests for comment were unsuccessful. However, last week, she told Telemundo 44 and News4 Washington that she has never taken money that was not authorized to do work in the community.

“Any money that was withdrawn was for work that was authorized, work that is still being done in the community today, and that was authorized by the board, this team of people, because I never did this work alone,” Corado said. She also said she has receipts for the money she spent and claims that the District of Columbia owes Casa Ruby almost $600,000.

City residents will no longer have to pre-register for appointments, but vaccinations will be subject to availability at 3 different locations. 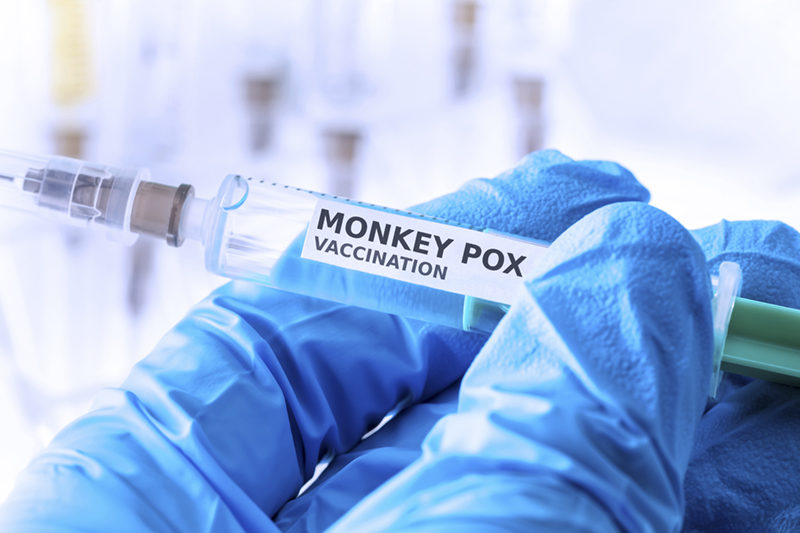 Starting on Friday, Sept. 23, D.C. residents will no longer be required to pre-register for monkeypox vaccination appointments. Going forward, all three of the city's clinics will offer walk-up services to those interested in receiving their first or second doses.

A preliminary report filed in D.C. Superior Court by the Wanda Alston Foundation, which last month was named the receiver for the LGBTQ nonprofit and service provider Casa Ruby, advises the court that Casa Ruby should be dissolved following alleged financial mismanagement.

In a court-ordered report submitted on Sept. 13, Wanda Alston Foundation finds that, based on an ongoing examination of Casa Ruby's financial records, the nonprofit's current liabilities total more than $2 million and exceed any assets currently held by the nonprofit.