Beyoncé assembles an impressive roster of collaborators on 'Renaissance,' her love letter to dance and house music.

When Beyoncé dropped the single “Break My Soul” in June, it was widely embraced as the anthem of the summer, if not the whole year. Right when more tone-deaf public figures were obtusely suggesting that nobody wants to work anymore, Beyoncé (with an assist from Big Freedia) cannily told us over a hypnotic ’90s house beat to “release your job.”

The single’s call to protect your own heart and mind and to remember that your soul is hard to break without your permission seemed to land at exactly the right cultural moment.

Beyoncé’s gift for reading the room is apparent throughout Renaissance (★★★★☆), an album that, at its core, captures the physicality of the dancefloor and everything that goes along with it.

Its story should sound familiar by now: amid the uncertainty of a global pandemic and the claustrophobia of quarantines and lockdowns, an artist longs for the freedom, expression, and human connection of the club and puts out an album inspired by dance music.

Although the COVID dance album has become something of a meta-genre at this point, Beyoncé’s take on it is, unsurprisingly, a standout.

Renaissance is undeniably a fun dancefloor fantasy, but it works as well as it does because it is made from a place of intimate familiarity with its genre. Beyoncé and her co-writers and producers were already steeped in the legacy of dance and house music as a form of and conduit for expression, and have clearly done their homework.

Grace Jones blesses the album with an appearance on “Move,” and as fun as it is to hear her and Beyoncé together on the chorus, the act of getting her into the recording studio in the first place feels like a sign that Beyoncé knows what she’s doing.

For her part, Beyoncé uses her powerhouse vocals to particularly great effect when flexing the upper limits of her range in tracks like the captivating “Virgo’s Groove,” which completely deserves its six-minute runtime.

It’s not the only one — most of the tracks stretch on in a way that allows them to breathe and unfold at their own pace, and the album’s hour-long runtime feels fresh and noteworthy in the streaming era.

Renaissance features an extensive list of co-producers, and coming from an artist who has been alternately celebrated and derided for her extensive writing credits, it should come as no surprise that it proudly and unabashedly samples widely from other artists in the best tradition of house music.

This is most obvious on the closer “Summer Renaissance,” which cops from Donna Summer’s iconic “I Feel Love,” but is also used to great effect on “Pure/Honey,” an homage to ’90s house. Beyoncé’s team’s propensity for sampling has not been without controversy. “Energy” originally closed out with an interpolation of a vocalization from Kelis’ “Milkshake,” an element that has since been removed.

Resilience and pride in your own body are recurring themes on Renaissance, and here again Beyoncé is savvy in her approach. “Cozy” works on one level as a generic empowerment anthem about being comfortable in your own skin, but Beyoncé knows that this kind of self-love does not come easily across the board, and is worth praise and admiration when it does.

The line has been speculated to refer to Solange, but in its immediate context, on a track where she yields the spotlight to Madison, the tone of admiration and solidarity seems hard to miss.

Beyoncé understands well that an album that sets out to celebrate dance music would be incomplete without considering the people who created and shaped it over decades.

Renaissance is an impressively dense album that shows a deep awareness of what she and artists like her owe to those communities, and particularly the Black women and queer people who have made clubs their own and had an outsized influence on the history of their cultural production.

Renaissance is available for physical and digital purchase and is streaming on all major platforms. Visit www.beyonce.com. 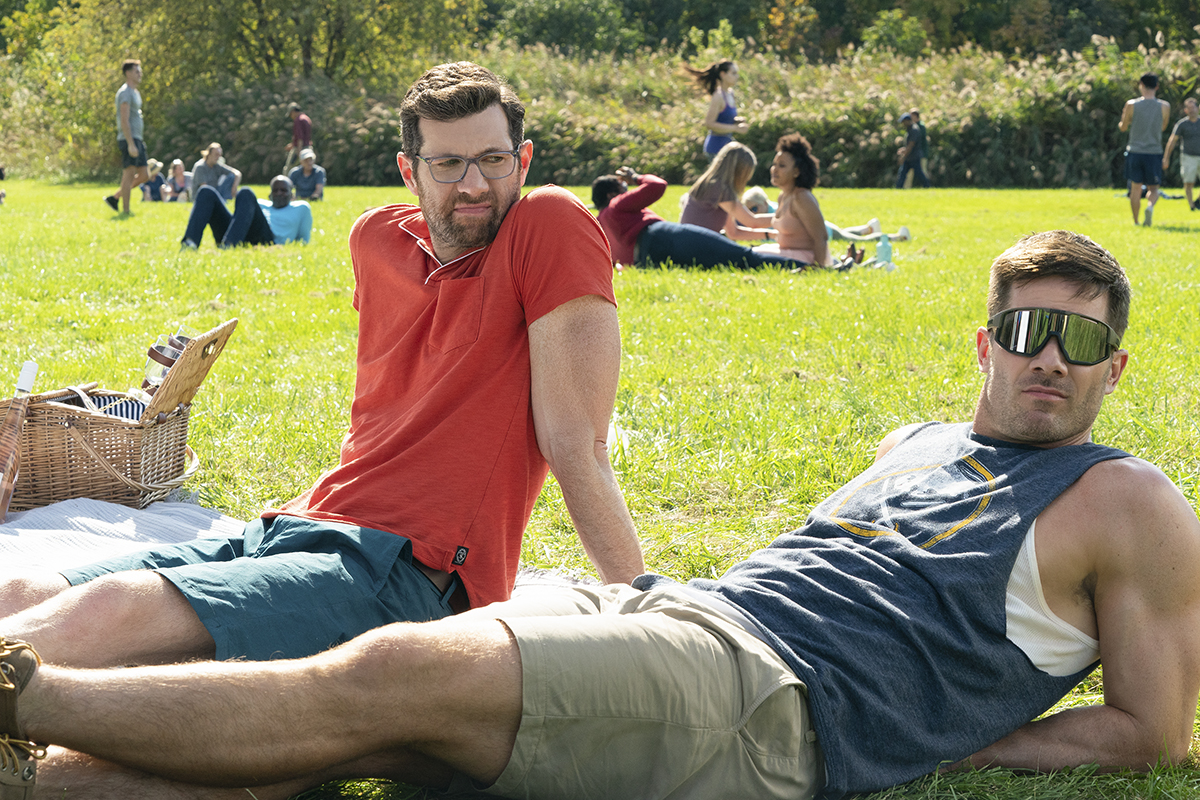 A heartfelt, hilarious classic Hollywood-style romantic comedy, Bros (★★★★☆) doesn’t screw around with the formula of forebears like When Harry Met Sally or You’ve Got Mail.

Rather, the movie -- produced by Judd Apatow, directed by Nicholas Stoller (Forgetting Sarah Marshall), and co-written by Stoller and star Billy Eichner -- delivers fresh takes on tropes that worked for those films, while trafficking in jokes and situations they never touched.

With tart dialogue and earnest intent, Bros leans into the romance of the giddy first kiss, and the determined dash across town to declare one’s love right now in front of an audience of awww-ing friends who will dance out the scene in a joyful montage.