Of Beasts and Brushes

There is a quality to a professional portrait that most won’t be able to capture in a few smartphone snaps. Or even in a few thousand, for that matter. 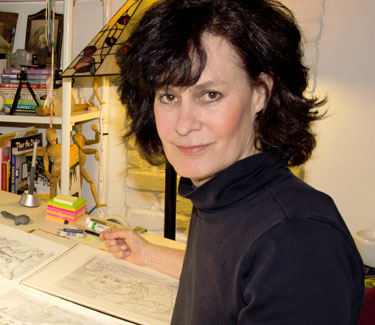 That’s where artists such as Theodora Tilton come in. A glance at her history and the Alexandria-based artist’s credentials – from her master’s degree in fine art, to her many awards, to her various teaching posts – are impressive.

Tilton also has the animal credentials, having served as the creative director of the Maryland-based Humane Society of the United States for more than a decade.

It’s no wonder that it wasn’t too long after launching her own Tilton Studio in 1998 that pet portraiture became a major part of her work. She’d already been doing as much close to home.

“I started painting my own dogs,” Tilton says of an annual Christmas card project, prior to taking on pet-portrait commissions. “Then my husband suggested this. I sort of started with a little notice and got responses right away.” That was 2001, and she’s been painting pets ever since. 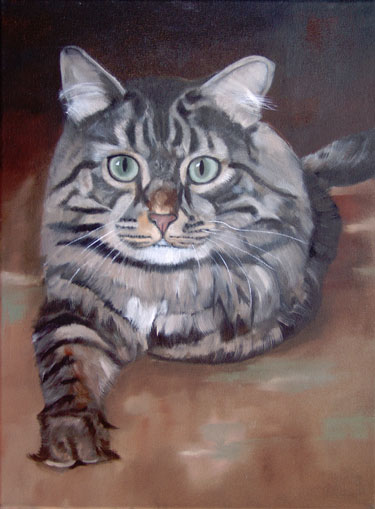 While the animal kingdom might seem a little hairier than painting people, Tilton has her ways. She does, however, point to one example of nearly losing the leash, as it were.

“Nine dachshund puppies and their mother,” Tilton remembers, adding a short sigh. “Their owner knew all their names. I thought, ‘Oh, my God.’ I just took movies of everything and worked from that.”

Actually, even with a full 10 subjects – nine of whom were still in the wriggling phase – that process of filming is not so far off from how Tilton handles most pet commissions. While a highly disciplined Doberman might comply to sit for a photo, no thank you. And cats? You can almost hear the feline laughter at the suggestion.

“I like to meet the pets, see the colors for myself,” Tilton says of her process, which generally takes six to eight weeks altogether. “People give you photos, but they bring their ideas to a photo. It doesn’t do me much good.

“I like to do my own sketches and my own photography. I take that back and I come up with a concept sketch. Then, with the client, I see that everyone’s on the same page.”

While commissioning a piece of art is far from digging through some bargain bin, Tilton tries to accommodate a range of budgets, with offerings that move from sketches to oils. 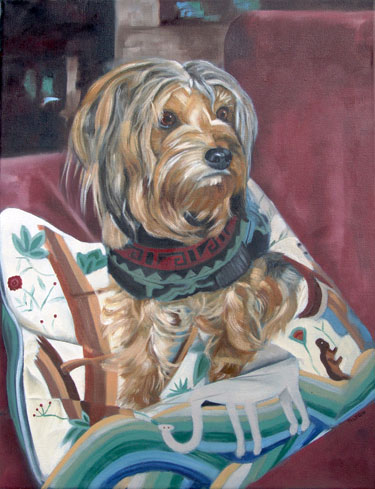 “At the low end, which would be a pencil sketch, it’s roughly in the range of $500 to $600. That includes me doing everything, for one or two animals,” she explains. “A basic portrait [in oils] is anywhere from $900 up. The end point is about $2,500, because I won’t go much bigger than 20-by-24 [inches]. Oil painting can be a little pricey for some people, but the fur is a big issue. Oil can give you the depths you want with fur.”

Tilton also urges that those considering a pet portrait don’t wait to be moved by an expression of mourning. Such a portrait is possible, she says, but the conditions are far from ideal.

“I will do it, but I don’t like it,” Tilton says of painting a pet that has died, an animal she’s never met. “It’s usually from a photo that has all this meaning to them. I tell them I’ll see what I can do. They’re in pain a lot of times, so you don’t want to tell them to forget it. But it’s very hard.

“People usually don’t have a clear idea of what they want. I try to guide them. A lot of it can be very emotional. People really love their pets.”

For more information about Tilton Studios, call 703-765-2746 or visit tiltonstudio.com. 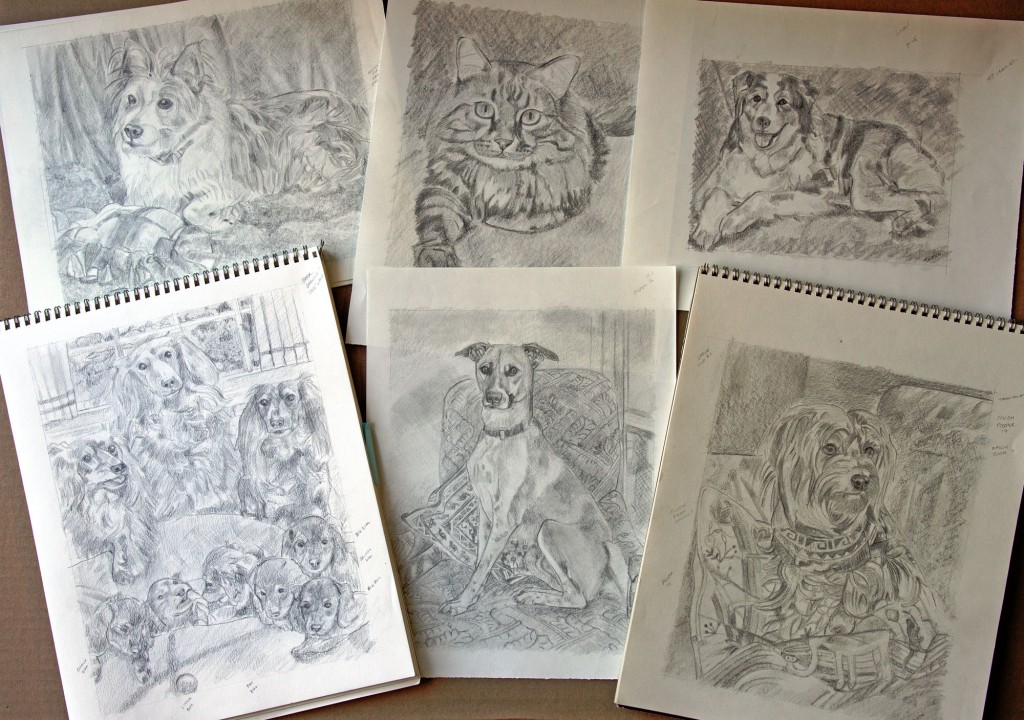 Follow Will O'Bryan on Twitter @wobryan.
← Previous Story Patios Unleashed
Next Story → 7 things to splurge on for your pets