"Lilting" is a deeply moving examination of being lost in translation 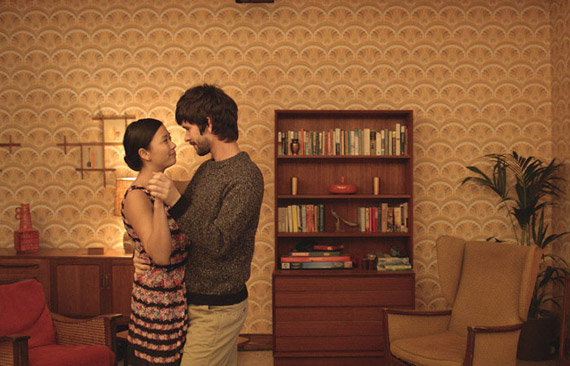 Sometimes, it’s best to walk into a film completely unaware of what you’re about to see. It seems odd writing this at the start of a review, but that’s probably the most prudent way possible to experience Lilting, the debut feature film from writer-director Hong Khaou. For in those initial moments of uncertainty and exhilaration, where the plot is an unknown quantity and everything is new, is borne one of the most stunningly realized opening scenes of any film, gay or otherwise, I’ve experienced in a long time.

Lilting invites you into the intimate, soft-spoken world of just a few characters, and in its first moments we’re introduced to Junn (Cheng Pei-Pei), an elderly Chinese-Cambodian woman who immigrated to Britain but failed to assimilate, and her son, Kai (Andrew Leung), visiting in her residential home. What follows is a beautifully acted set piece, as they ask each other how they are, and then settle into an exchange sure to hit a few nerves for those with elderly parents. They exchange comments in Chinese, with Junn placing motherly guilt on her son. Her main bugbear? Richard, Kai’s friend, who seemingly blockades Junn from staying with Kai. It’s an emotional, humorous, engrossing scene. Then, just as I grew attached to the pair, the film drops its central hook — Kai is dead. Junn is simply reliving the memory of her son’s last visit with her.

What ensues is a gently-paced, heartfelt, wonderfully-crafted piece of cinema. Richard, portrayed with soft intensity by Ben Whishaw, visits Junn, intent on making sure she is okay. Richard and Kai were lovers, unbeknownst to Junn, and Richard feels a desire — possibly a guilt — to ensure his partner’s mother isn’t suffering in the wake of his death. He hires Vann (Naomi Christie) to translate, but Junn shuns deeper interaction, instead making use of Vann to interact with Alan (Peter Bowles), another resident and suitor.

Over its 90-minute runtime, Lilting never quite matches its opening scene — Alan feels simultaneously necessary and expendable, for instance — but it’s an experience worth having all the same.

Whishaw commands the screen with his nervous, awkward, beautifully realized performance, bringing a depth to his character that would likely not have been apparent with a lesser actor. His interactions with Vann, the only person to know about he and Kai, are casual and amusing. Watching as Richard reveals to Junn snippets of his life with Kai — often commanding Vann not to translate them — is heartbreaking. Seeing Whishaw’s lip quiver, or his eyes well, as he struggles to hide his true feelings from Junn, will move you to tears. Cheng, too, owns her scenes as a stubborn, lonely, disconnected individual who cannot bear the world she finds herself in. When she and Richard finally explode at one another, unleashing the emotions they’ve contained for most of the film’s length, Khaou captures two magnificent performances. Three, in fact, as Christie is wonderful as the translator caught in the middle of a fight she can’t adequately convey to either side.

Shot on a shoestring budget of $190,000, it would be easy to dismiss Lilting as another low-budget, indie, Brit flick aimed at a gay audience, but it’s so much more than that. Within its modest exterior lies a film of love, loss and the struggle to move on, as realized by two individuals who share a common pain lost in translation. —Rhuaridh Marr

Rhuaridh Marr is Metro Weekly's online editor. He can be reached at rmarr@metroweekly.com.
← Previous Story Rainbow Theatre Project sets the stage for more gay plays
Next Story → Review: “The Way He Looks”