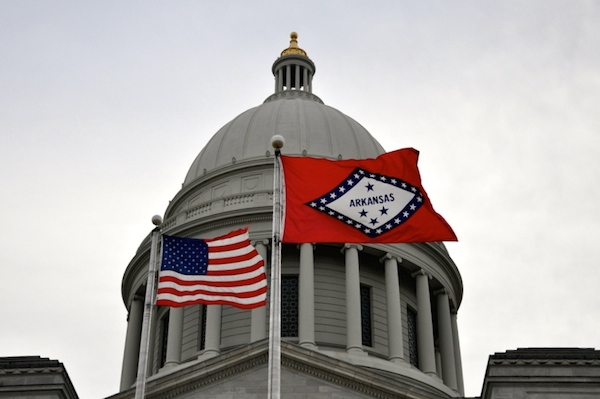 A federal judge found the ban on same-sex marriages in Arkansas unconstitutional in a ruling handed down Tuesday.

U.S. District Court Judge Kristine Baker ruled Arkansas laws prohibiting same-sex marriage “violate the Due Process Clause and Equal Protection Clause of the Fourteenth Amendment to the United States Constitution by precluding same-sex couples from exercising their fundamental right to marry in Arkansas, by not recognizing valid same-sex marriages from other states, and by discriminating on the basis of gender.”

Baker stayed her ruling pending appeal to the 8th Circuit Court of Appeals. The ruling is the second to impact a state covered by the 8th Circuit. Earlier this month, a federal judge struck down Missouri’s same-sex marriage ban. In May, a state judge also found the Arkansas marriage ban unconstitutional.