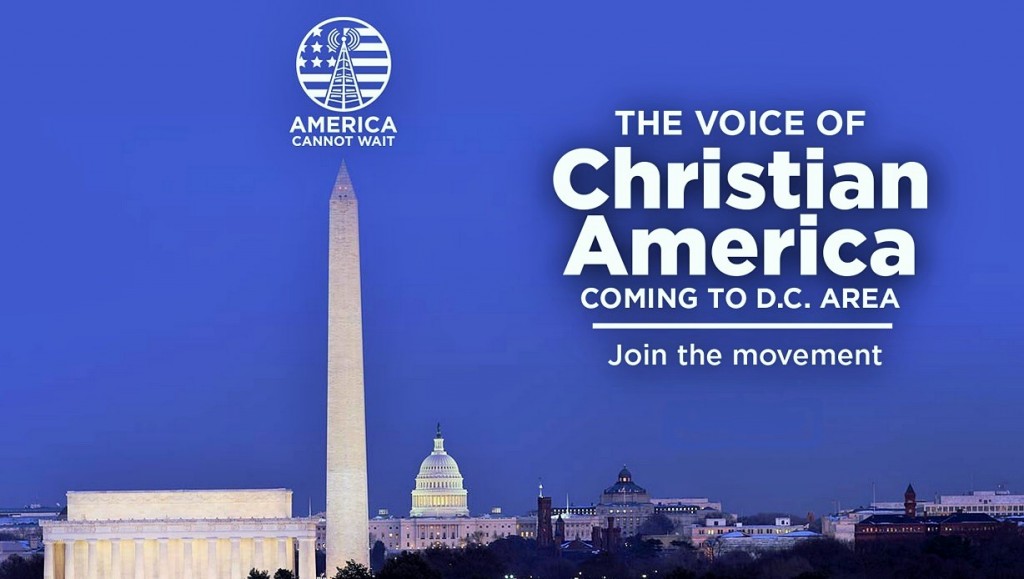 The American Family Association (AFA) is currently asking their followers for money in order to establish a radio station in Washington, D.C.

A notoriously anti-gay organization that disguises its homophobia under the veil of religion, AFA hopes to bring its American Family Radio (AFR) network to the District to “bypass the dominant secular media and speak God’s truth every day into the minds and hearts of those who raise their families in the highly populated communities west of Washington, D.C.”

Plans are already underway to bring AFR to D.C., with AFA having apparently spent “over $1 million toward purchasing the resources necessary to broadcast American Family Radio into this strategic corridor.” However, their projected costs are expected to hit $2 million, hence the peddling for money from their supporters.

Said money will be used to represent “the voice of Christian America,” which “will be heard at the gates of the center of power in America.” That, presumably, is also the same voice that AFR presenter Bryan Fischer uses to spread hateful lies about the LGBT community on his Focal Point radio show.

Fischer has called the gay community “Satan himself,” believes that the failure of Indiana’s religious freedom law will lead to Christian slavery, called the Boy Scouts Association the “Boy Sodomizers of America” for allowing openly gay youth, and even blamed the Holocaust on gay people.

AFA’s president, Tim Wildmon, has also previously told supporters to pray against marriage equality because “homosexual behavior is immoral, unnatural and unhealthy.” He also believes that religious business owners will be subjected to “mandatory gay brain-washing” in the wake of a ruling against a business that discriminated against gay patrons.

The AFA, which is listed by the Southern Poverty Law Center as a hate group, has given its supporters until the end of July to hit its $1 million fundraising goal. Evidently, homophobia can now be crowdfunded.