Now in its 12th year, the DC Shorts Film Festival continues to expand 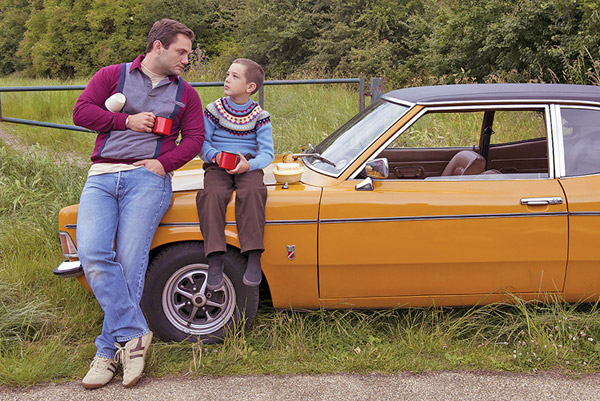 The DC Shorts Film Festival, founded by Jon Gann in 2003, is still very much a bricks and mortar event. Over 11 days, 125 short films — all less than 30 minutes long — screen in 30 distinct programs, including an LGBT-themed one featuring eight films and set for Thursday, Sept. 17.

But don’t fret if you can’t be among the 8,000 expected festivalgoers attending physical screenings. “More than 100 films are available to watch online at the same time as the film festival,” Gann says. The festival has created a Netflix-inspired ancillary — the DC Shorts Online Film Festival. For either $15 or $30, festivalgoers can purchase unlimited access to watch most of the films online — access that’s only available during the festival’s run. The online access compliments the festival, increasing the number of viewers and overall exposure for the films. “While I would love people to come every night of the festival, I know that’s not going to happen,” says Gann.

Another way DC Shorts has expanded its modus operandi beyond a traditional festival is through its 9th annual Screenwriting Competition. On Friday, Sept. 18, actors will offer readings from six scripts — winnowed down by festival programmers from 145 entrees — after which festivalgoers will vote for their favorite. The winner earns $2,000 to make the film plus a guarantee that it will screen next year. “It’s a great way to get an inside look at how a movie is created from the very beginning,” Gann says. Canadian David Feehan won the 2014 competition for Breakin(g), about a cunning elderly mother who foils a home burglary attempt. The film will screen multiple times this year.

In its 12-year history, DC Shorts has established itself as the largest festival of its kind on the East Coast — but its impact is being felt even farther afield. Another program, set for Wednesday, Sept. 16, offers the Best of Sunderland Shorts Film Festival. “Sunderland is one of D.C.’s sister cities, a former industrial town in the north of England,” Gann explains. Through a grant from the DC Commission on the Arts and Humanities, DC Shorts helped organizers launch the U.K. town’s first-ever film festival this summer.

Gann expects there’ll be more Sunderland programs in the future. “A film festival is kind of an attractive and not overly complicated way for small towns to expand their culture mix.”

The 2015 DC Shorts Film Festival runs Thursday, Sept. 10, through Sunday, Sept. 20, primarily at Landmark’s E Street Cinema and US Navy Memorial’s Burke Theatre. Individual tickets are $12 in advance or $15 day-of, or $100 for an All-Access Festival Pass. Call 202-393-4266 or visit dcshorts.org for more information and a full schedule.