By Metro Weekly Contributor on November 11, 2016

British stage veteran Imelda Staunton, known for her work in films ranging from the Harry Potter franchise to 2014’s gay-themed Pride, had West End critics swooning last year over her portrayal of overly ambitious stage mom Rose. (“One of the greatest performances I’ve ever seen in musical theatre,” raved a critic in The Guardian.) The buzz was so great — culminating in five Olivier Awards, including Best Musical Revival and Best Actress in a Musical — that at one point there was even talk about mounting a Broadway version, with Staunton joining an impressive roster of former Roses: Ethel Merman, Angela Lansbury, Tyne Daly, Bernadette Peters, and Patti LuPone. Now, PBS is giving everyone the chance to see what all the fuss was about with a Great Performances taping from the record-breaking London run at the Savoy Theatre. With music by Jule Styne and lyrics by a young Stephen Sondheim, Gypsy is inspired by the memoirs of burlesque star Gypsy Rose Lee, played in this production by Lara Pulver in another Olivier-winning turn. Friday, Nov. 11, at 9 p.m. on WETA Channel 26. Visit weta.org for more details. 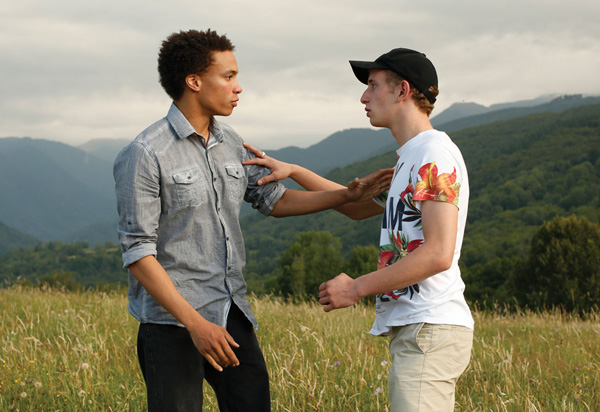 More than two decades after Wild Reeds, Andre Techine, one of France’s most celebrated modern filmmakers, offers another lyrical exploration of adolescent sexual awakening in a drama co-written with Celine Sciamma (Tomboy). The movie focuses on two male teenagers from very different backgrounds who must confront their increasing mutual attraction and complicated desires after a family emergency draws their families closer and forces them to live together in a snowy retreat. Opens Friday, Nov. 11. Landmark’s E Street Cinema, 555 11th St. NW. Call 202-452-7672 or visit landmarktheatres.com. 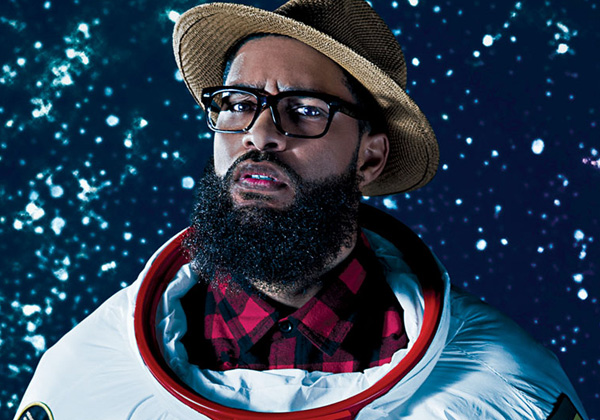 The Second City: Black Side of the Moon — Photo: Cade Martin

THE SECOND CITY’S BLACK SIDE OF THE MOON 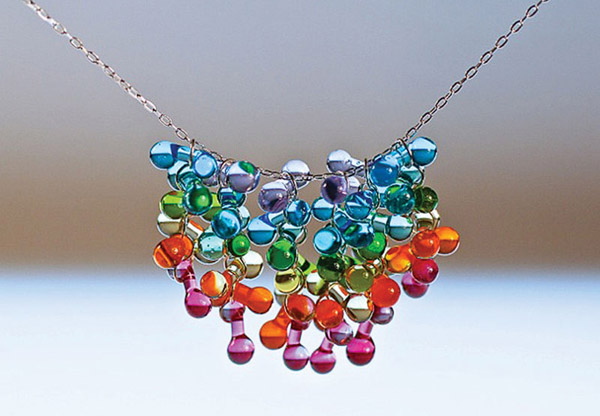 Strathmore’s annual shopping event is one of the best and most convenient places in town for finding unique, arty holiday gift ideas. Featured are memorabilia and merchandise from 18 museums, including the White House Historical Association, Montgomery County Historical Society, the National Geographic Museum, the National Museum of Women in the Arts, the Phillips Collection and the Supreme Court Gift Shop. The Mansion also offers a café with food and drink available throughout the event. Thursday, Nov. 10, through Sunday, Nov. 13, beginning at 10 a.m. each day. The Mansion at Strathmore, 5301 Tuckerman Lane, North Bethesda. Tickets are $9. Call 301-581-5100 or visit strathmore.org. 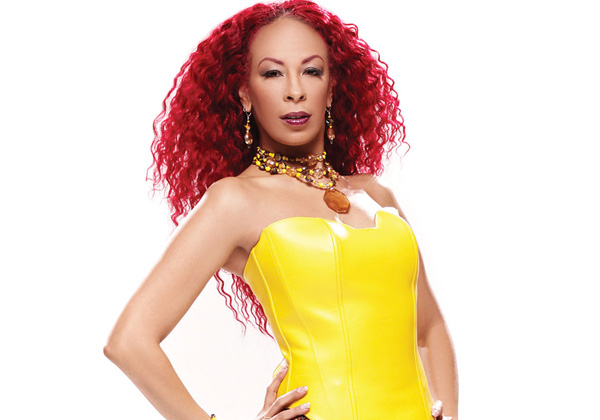 One of the original vocalists in Nile Rodgers’ celebrated disco/funk band Chic, Sylver Logan Sharp had a solo club hit over a decade ago with “All This Time.” More recently the D.C.-based Sharp has made her mark as a designer with Sylverwear, a line of custom jewelry worn by Chaka Khan, Roberta Flack, Grace Jones and even Elton John. But she’s gearing up for another stab at the dance charts with the album The Groovement, recorded live in Sweden. Tony Terry, another artist with D.C. roots, joins for a double-bill concert. Terry is an R&B singer-songwriter responsible for a few “New Jack” swing-style hits in the late ’80s and early ’90s (“With You,” “Lovey Dovey”). Wednesday, Nov. 16, at 8 and 10 p.m. Blues Alley, 1073 Wisconsin Ave. NW. Tickets are $45, plus $12 minimum purchase. Call 202-337-4141 or visit bluesalley.com. 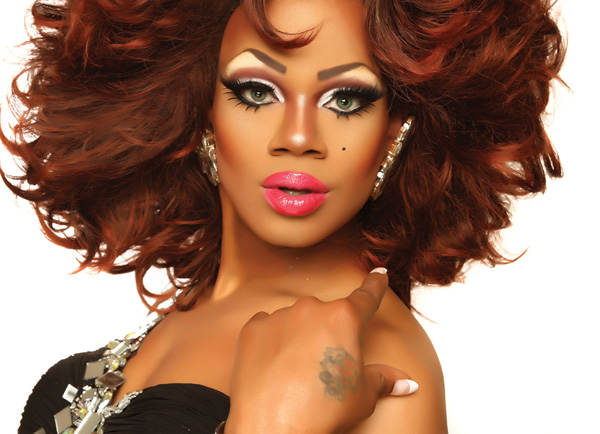 Christmas comes early this year for fans of RuPaul’s Drag Race. The four main finalists from the latest season are all here: Season 8 winner Bob the Drag Queen hosts a revue of holiday-themed performances by Kim Chi, Naomi Smalls and Chi Chi Devayne, plus Thorgy Thor on violin. Also on tap is Pearl from Season 7 and Roxxxy Andrews and Alyssa Edwards from Season 5. Thursday, Nov. 17, at 8 p.m. Lincoln Theatre, 1215 U St. NW. Tickets are $20 to $150. Call 202-328-6000 or visit dragfans.com. 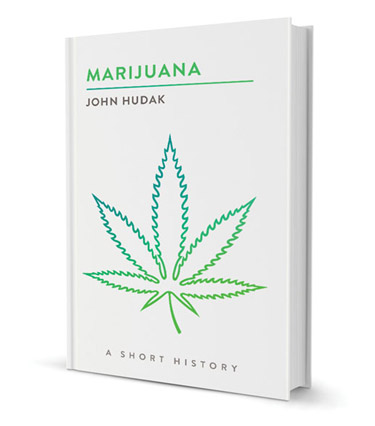 Marijuana: A Short History (The Short Histories) offers an accessible, informative look at the politics and policies concerning the five-leaf plant, tracing its rise from the shadows of counterculture and illegality to becoming a mainstream commodity — at least among millennials. Key to this was recognition of its medicinal value, something that came to light during the AIDS crisis in San Francisco. A deputy director and senior fellow at the Brookings Institution, John Hudak’s previous book was more in line with what you’d expect from a think tank leader — Presidential Pork: White House Influence over the Distribution of Federal Grants. Monday, Nov. 14, at 6:30 p.m. Kramerbooks, 1517 Connecticut Ave. NW. Call 202-387-1400 or visit kramers.com. 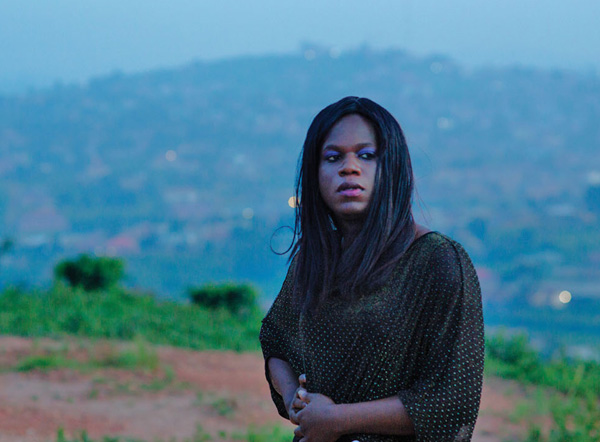 More than 40 films screen as part of the four-day, 10th annual festival, including two of LGBT interest: The Pearl of Africa, Andre Vallstrom’s documentary about a transgender woman transitioning in Uganda, which screens with a filmmaker Q&A in the Hoffman #1 Showcase on Saturday, Nov. 12, at 3 p.m., at the AMC Hoffman Center 22, 206 Swamp Fox Road; and Julian Quintanilla’s The Whole World, a supernatural short from Spain about a gay son who visits his mother every year in the cemetery, which screens Friday, Nov. 11, at 3 p.m., at the Beatley Central Library, 5005 Duke St., and also in the Hoffman #3 Showcase on Sunday, Nov. 13, at 4 p.m., at the Hoffman Center. The festival kicks off Thursday, Nov. 10, at 7 p.m., with a free screening of Nighthawks on the Blue Highway, a documentary about the local blues band and ends with a screening of the first episode of season two of WETA’s Civil War drama Mercy Street followed by a Q&A, on Sunday, Nov. 13, at 6 p.m. at the Hoffman Center 22. Tickets are $12 in advance or $15 at the door to each showcase, or $50 for a festival pass. Visit alexfilmfest.com. 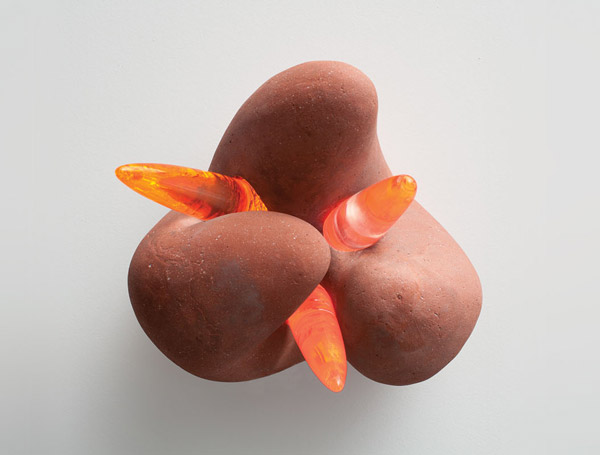 One of the most innovative American sculptors of the 20th century is the focus of a full-scale exhibition exploring how both the ancient world and the space age shaped his works, 74 of which are on display. Noguchi saw himself as equal parts artist and engineer, and the exhibition devotes special attention to his patented designs as well as iconic artworks, including monolithic basalt sculptures, fountains and floating Akari ceiling lights. To March 19. Smithsonian American Art Museum, 8th and F Streets NW. Free. Call 202-633-1000 or visit americanart.si.edu.

← Previous Story Spotlight: 9 amazing things to do this week!
Next Story → Out on the Town