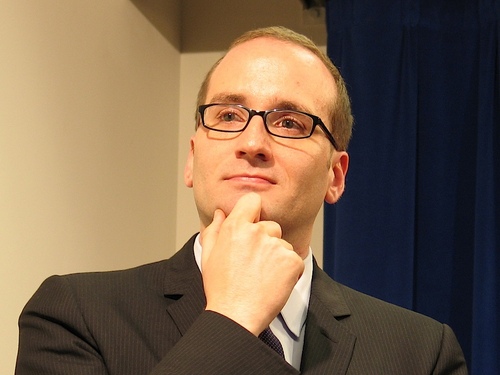 On Tuesday, members of Congress reintroduced a bill that would amend the Civil Rights Act of 1964 to include protections for people who are discriminated against based on their sexual orientation or gender identity.

The Equality Act, sponsored by U.S. Rep. David Cicilline (D-R.I.) in the House and Sen. Jeff Merkley (D-Ore.) in the Senate, would make it illegal to discriminate against LGBTQ people in employment, education, housing, credit, jury service, and access to public accommodations. It would also close loopholes in current laws relating to sex discrimination, giving those who are discriminated against based on their gender additional remedies.

“The Civil Rights Act is a sacred pillar of the freedom in our country. It is not amended lightly,” said House Minority Leader Nancy Pelosi (D-Calif.), who has thrown her support behind the bill. Pelosi said that while she was heartened by a ruling by the 7th U.S. Circuit Court of Appeals finding that Title VII of the Civil Rights Act applies to LGBTQ individuals, it is well past time that Congress amend the law to explicitly include sexual orientation and gender identity as protected characteristics.

46 Democratic senators and 194 House members from both parties are cosponsoring the measure. In a press conference on Capitol Hill, Cicilline noted that the number of House members lending their support to the bill is a new record high.

A previous version of the Equality Act was introduced during the last congressional session, but was never given a committee hearing or a vote due to opposition from Republican leadership, including House Speaker Paul Ryan (R-Wis.).

Flanked by activists from major LGBTQ advocacy organizations, a coalition of Democratic lawmakers pitched the bill as a signal of the commitment to the country’s ideals of liberty and equality. They also promoted it as a federal remedy for those LGBTQ people who live in the 31 states that currently lack comprehensive or inclusive nondiscrimination laws.

“At this very moment, half of all LGBTQ Americans live in a state where they are at risk of being fired, denied housing, or refused service just because of who they are. That’s un-American,” said Chad Griffin, president of the Human Rights Campaign.

“The Equality Act will once and for all end this unacceptable patchwork, this crazy quilt of nondiscrimination laws across this country, that put far too many of our community at risk.”

Griffin also said that the Equality Act is straightforward and succinct in what it aims to do, noting that it is only 12 pages in length — a dig at some congressional representatives who often cite the size of bills as justification for refusing to take a position or pretending that there are hidden provisions that will result in unforeseen consequences if a bill is passed.

He also asserted that there is significant political support for the act, both among the broader American public and in the business community. As evidence of the latter, Griffin cited 92 corporations that have joined an HRC-led business coalition that hopes to push lawmakers into supporting the legislation. Some of those corporations include Apple, Capital One, CVS, General Electric, Target, and Xerox.

“There is no rational reason why this bill should not swiftly pass both chambers of Congress and be signed into law,” he concluded.

“More than ever before, we need the Equality Act to finally give all Americans, regardless of whom they love or how they love the equal protections they deserve,” said openly gay Rep. Jared Polis (D-Colo.). Polis also noted that President Trump’s previously announced support of “religious freedom” legislation like the First Amendment Defense Act could jeopardize advances made on LGBTQ rights.

“Even though some states have made progress, as have municipalities, basic human rights should not end at state lines,” Polis said.

Many of the speakers referenced recent moves by the Trump administration as evidence of hostility toward full LGBTQ equality. Among those actions are the rescission of guidance relating to the treatment of transgender students in schools, the omission of LGBTQ-related questions from crucial federal surveys that are used to determine funding levels and resource allocation, and the appointments of people with a history of anti-LGBTQ actions or statements. Summarizing Pelosi’s words, it was clear that many of the Equality Act’s supporters view the Trump administration as an “obstacle” to passage of the act, rather than an ally.

Asked about past comments by Trump indicating some support for nondiscrimination protections for the LGBTQ community, Cicilline and Merkley said they were unsure of whether the president’s current stance remains the same as his past views on the subject, but nonetheless welcomed his support for the legislation should he decide to lend it.

U.S. Sen. Tammy Baldwin (D-Wis.), the Senate’s only out LGBTQ member, said that while significant progress on LGBTQ rights has been made in recent years, people should not mistake that progress for victory or lived equality.

“There is more work to be done to ensure the dignity of LGBTQ citizens is fully respected. I feel America is ready to take her next steps forward in the march for fairness, equality, and opportunity,” Baldwin said. “The time has come in this country for full federal equality, and nothing less.”