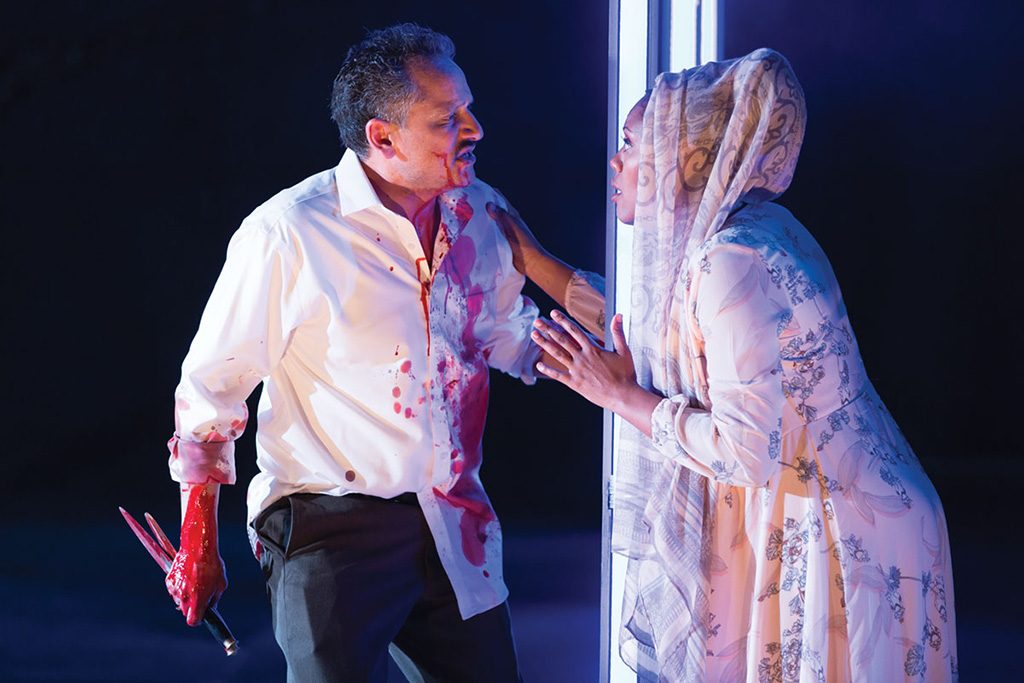 If distinctly flavored and at times highly affecting, the Shakespeare Theatre Company’s Macbeth (★★★) has a lot of energy, but not quite enough lift. It’s a shame, because with a few different choices, it could have been a fascinating and effective take on this gloriously dark tale of human failings.

Many of the elements are in place: a so-called nontraditional or “colorblind” production, the cast is almost exclusively of color (save for the three witches, whose whiteness carries its own significance in this interpretation). Though it is not the first such rendering of Macbeth, its placing of the action in contemporary Africa — in which cell phones, jet-setting finery and modern music mix with traditional dress, custom and song — feels exceptionally fresh and unique. In fact, some of the most affecting moments are those in which director Liesl Tommy sets past and present side by side.

For example, after Macbeth has dispatched Duncan, he and Lady Macbeth make their entrance as newly anointed king and queen. As the crowd rejoices, they break into a spontaneous celebratory song and dance. The evocative, rhythmic restraint speaks powerfully to past traditions, glories and honors and it contrasts mightily with the moral corruption at the heart of the new royal couple. Tommy’s gift for contrasts occurs again near the end of the play when Macbeth’s nemesis McDuff meets with Malcolm, Duncan’s self-exiled son. Elegantly louche in his expensive 21st century casual wear, Malcolm is playing at being the young and wealthy libertine. But once rallied, the honorable and thoughtful leader emerges and it makes for another fascinating juxtaposition.

But if these approaches are exciting, they are not enough to carry a production. The wobble, unfortunately, resides in the central performance. Though he may be committed and driven, Jesse J. Perez embodies Macbeth with volume and gesture, but little else. If he is to stir and unsettle, Macbeth must convincingly reveal his inner battles — between right and wrong, between strength and weakness, between ambition and cowardice. It is found in the subtleties of the language, its music, and the expressive spaces in between. Perez misses these opportunities, choosing instead a broad and agitated brush. The performance feels like an endless array of vacillations: one minute Macbeth is a ninny, the next he is a bully, now he is a tragic failure. In skimming the surface without reconciling them to a deeper, distinct psyche, Perez gives us no sense of the man. Though director Tommy creates numerous stop-action interludes in which Perez could have explored Macbeth’s angst, they instead feel gimmicky (especially those in which he inexplicably grapples with some kind of panic disorder). 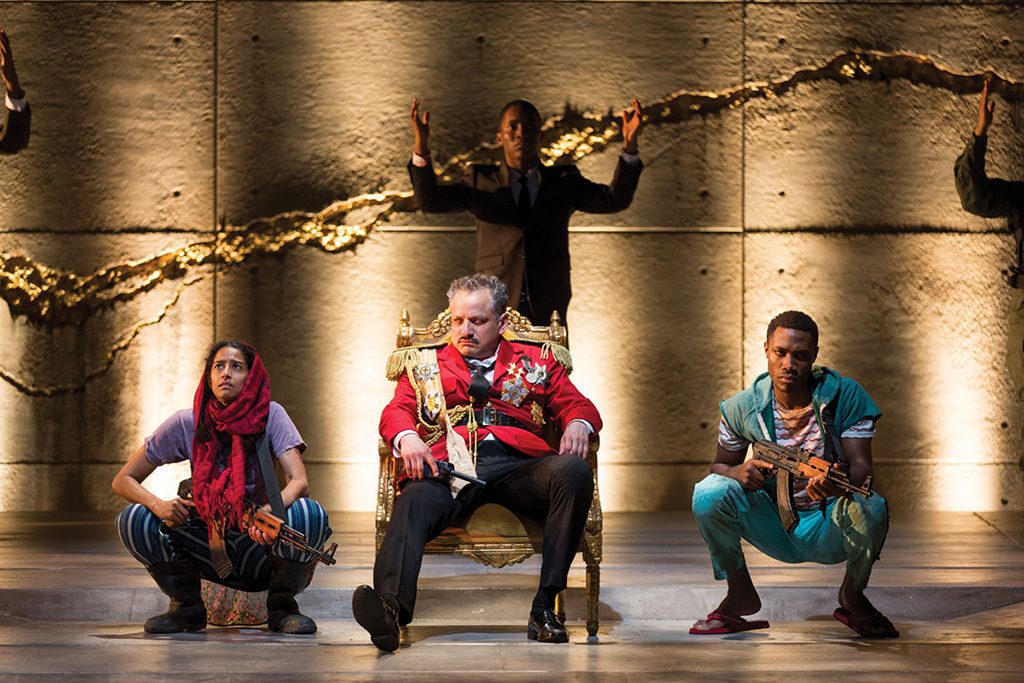 Without a strong Macbeth, as good as the surrounding players may be, there is just too little to power the production. As one watches the appealing earnestness and latent dark energies (seen to great effect when he turns into a ghost) of McKinley Belcher III’s Banquo, the friend so cruelly betrayed by Macbeth, it’s hard not to wonder what he might have done with the title role. Same for Corey Allen, who plays such a charismatic Malcolm. He has an absolutely stellar command of the language and its expression — what might he have explored in this man’s soul-destroying weakness?

Bringing these potential Macbeths to mind is also Nikkole Salter’s Lady Macbeth. Playing her big and full of alpha personality, sparks would surely have flown with either of these other men. Her Lady has almost no chemistry with Perez’s high-strung Macbeth, but Salter covers for it with the kind of spousal deadpan that suggests it was always a marriage of convenience and ambition. If her Lady is not quite fully coalesced, she has a great command of the language — so great, in fact, one forgets she is speaking words written more than 400 years ago. Salter, like Allen, makes one wish this was required viewing for metro-region schools: Shakespeare delivered this effectively can create audiences for life. She is such an exciting presence, her hastily explained death, unfortunately not represented onstage, feels too abrupt.

Also strong is Marcus Naylor in the role of the beleaguered, but finally avenged, Macduff. Naylor is understated, sometimes almost too much so, but when he learns Macbeth has had his family murdered, the quivering immensity of his horror and agony is one of the evening’s finer moments. This, despite an unconvincing setup in which Sophia Ramos’ Ross smiles blithely before turning tragic to deliver the terrible news.

The other standout here is an extraordinary Myra Lucretia Taylor who creates an original and memorable Porter, wending her way through the castle to answer midnight callers. In another small role, her Doctor is equally beautifully drawn and delivered. Taylor owns this language, owns these people and she makes them sing.

But as wonderful as the individual performances here may be, they can’t compensate for the drag of missed opportunities.