Departing incumbent was elected, in part, for her opposition to LGBTQ-inclusive nondiscrimination policy 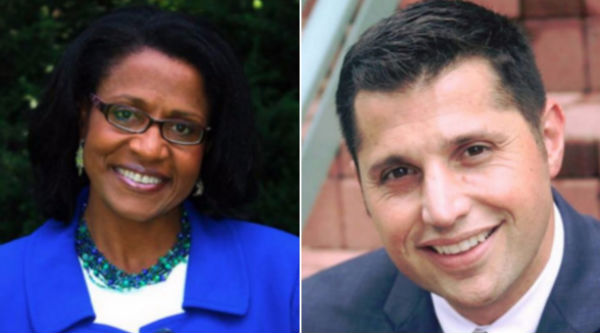 The political parties have made their official endorsements in the upcoming special election for one of three at-large seats on the Fairfax County School Board.

While technically, all school board members serving in the commonwealth must be nonpartisan, in accordance with Virginia law, county political parties have always been able to make endorsements of their preferred candidates.

On June 21, members of the Fairfax County Republican Committee voted unanimously to endorse Chris Grisafe to fill the vacancy left open by the resignation of Jeanette Hough, a former GOP endorsee. Hough stepped down on May 31, less than a year-and-a-half into her four-year term, citing her husband’s acceptance of a job overseas.

Both Hough and Springfield District School Board Member Elizabeth Schultz spoke in favor of Grisafe at the meeting.

“I’ve known Chris for many years, and he will be an outstanding School Board member,” FCRC Chairman Matt Ames said in a statement following the endorsement. ” He will bring the same kind of respectful, courteous, and effective questioning of the status quo that Jeanette Hough exemplified.  Chris knows from his own life experience the value of a strong education, and he is determined to make sure that the Fairfax County Public Schools continue to live up to their reputation.”

For their part, Fairfax Democrats voted on June 23 to endorse Karen Keys-Gamarra, who narrowly lost her bid for an open seat as the conservative-leaning Sully District representative on the board in 2015. Facing off against six other opponents, Keys-Gamarra was elected via instant runoff voting, eventually amassing 250 votes out of 430 total ballots cast.

Fairfax County Democratic Chair Sue Langley called Keys-Gamarra, an attorney and a former member of the County Planning Commission’s Schools Committee, “eminently qualified” to serve on the school board.

“While Karen Keys-Gamarra is an excellent choice for August 29th, the Republican endorsee could not hold a candle to any of our candidates,” Langley said in a statement. “He has no experience in education issues.”

School board elections have typically been low-level, low-turnout affairs in Virginia’s most populous county, but the 2015 elections became a point of contention after the Fairfax County School Board voted twice, in November 2014 and May 2015, respectively, to expand the school district’s nondiscrimination policy to include protections for students and employees based on sexual orientation and gender identity. 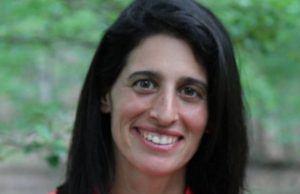 Hough, and many of her fellow Republican endorsees, campaigned in part on their opposition to the board’s approval of the nondiscrimination policy, particularly the addition of gender identity — a move that most Democratic voters support.

For its part, FCPS Pride, a nonpartisan coalition of parents, teachers, and students who are members of or allies to the LGBTQ community, is hopeful that Grisafe will not be as opposed to LGBTQ protections as his predecessor.

“We plan on meeting with Grisafe in the next week,” says Robert Rigby, a teacher in the school system and spokesman for FCPS Pride. “We expect and hope that he will have open and independent eyes with respect to LGBTQ students, if he is elected to the school board.”

Another issue of contention between the political parties is the timing of the special election, which the Fairfax County Circuit Court has scheduled for Aug. 29. Had Hough waited until June 10, the election to replace her would be held im November, alongside other offices, including governor, lieutenant governor, attorney general, and seats in the commonwealth’s House of Delegates.

Fairfax Democrats immediately cried foul over the timing of Hough’s resignation, alleging that Republicans were trying to ensure their hold on a seat that would likely flip if it were contested in November, when more Democrats in Democratic-leaning Fairfax County are likely to show up at the polls. Instead, they worry that most voters will be on vacation or will not be politically engaged for an election in late summer, when many residents choose to go on vacation.

“It is bad enough that Republicans short-circuited the democratic process. Worse yet, their strategy will waste approximately $250,000 of taxpayer money by holding this unnecessary election,” Langley previously said in a statement. “Ms. Hough was unwilling to delay her resignation by a couple weeks.  Had she done so, she would have stood with the children of Fairfax County, their parents, and fiscal responsibility, rather than with the Republican establishment.”

A spokesman for the Fairfax Republican Committee did not immediately respond to requests for comment.

John Riley is the local news reporter for Metro Weekly. He can be reached at jriley@metroweekly.com
← Previous Story Town to close on July 1, 2018
Next Story → 2 Virginia counties to allow LGBTQ marchers in Independence Day parades