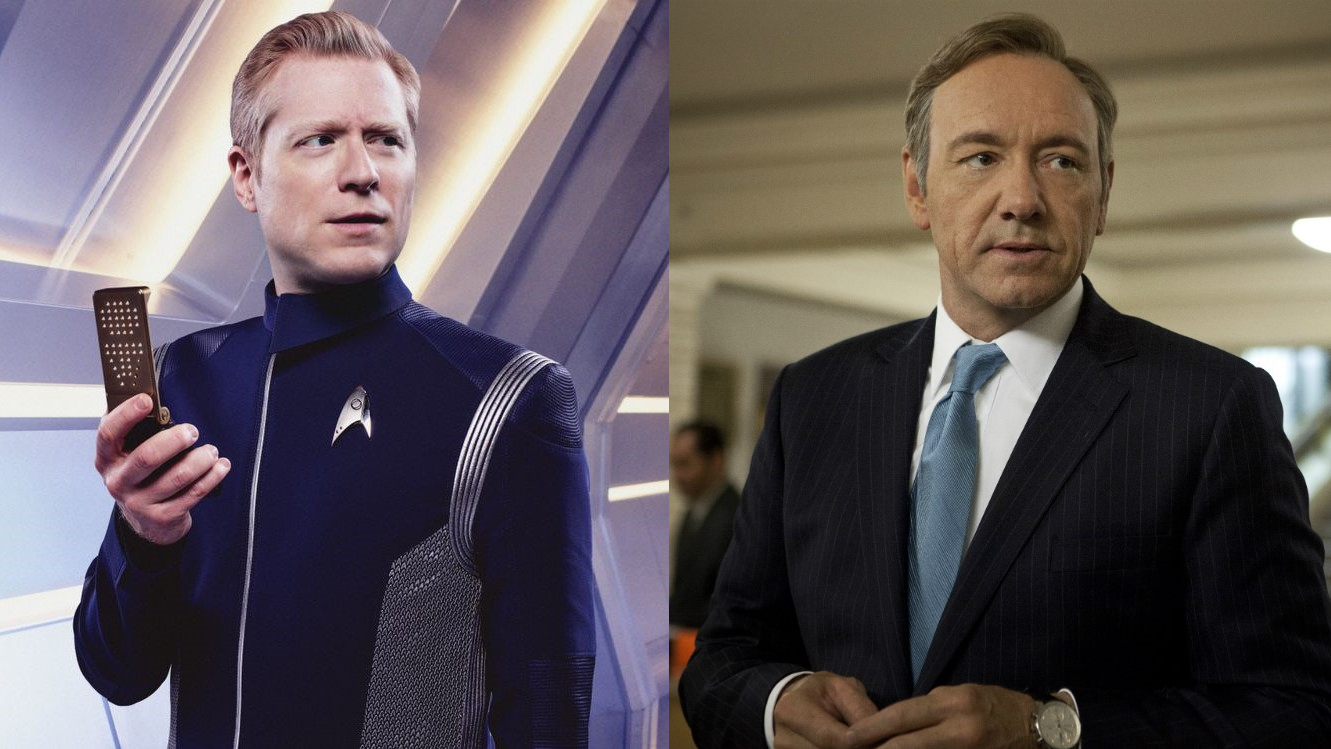 Kevin Spacey has apologized and come out as gay after actor Anthony Rapp accused him of making sexual advances towards him when he was just 14 years old.

Rapp, who currently stars in Star Trek: Discovery, leveled the accusations against Spacey in an interview with Buzzfeed News. He says that in 1986, while starring in Precious Sons on Broadway, then 26-year-old Kevin Spacey invited him to a house party.

After Rapp moved to a bedroom to watch TV, Spacey appeared at the door “kind of swaying. My impression when he came into the room was that he was drunk.

“He picked me up like a groom picks up the bride over the threshold,” Rapp said. “But I don’t, like, squirm away initially, because I’m like, ‘What’s going on?’ And then he lays down on top of me.”

In the wake of the unprecedented fallout from multiple accusations of sexual assault, abuse, and rape aimed at disgraced Hollywood producer Harvey Weinstein, Rapp felt compelled to finally name Spacey. He had originally told the story to The Advocate in 2001, but omitted the actor’s name.

Read: Kevin Spacey isn’t getting a Pride parade, but Anthony Rapp deserves one.

“My stomach churns,” Rapp told Buzzfeed. “I still to this day can’t wrap my head around so many aspects of it. It’s just deeply confusing to me.”

“I have a lot of respect and admiration for Anthony Rapp as an actor. I’m beyond horrified to hear his story,” Spacey wrote. “I honestly do not remember the encounter, it would have been over 30 years ago. But if I did behave as he describes, I owe him the sincerest apology for what would have been deeply inappropriate drunken behavior, and I am sorry for the feelings he describes having carried with him all these years.”

Spacey refrained from addressing Rapp’s age at the time of the incident. By Rapp’s own admission, “I looked younger than 14.”

Instead, the House of Cards star attempted to deflect from the controversy by publicly coming out.

“This story has encouraged me to address other things about my life,” Spacey wrote. “I know that there are stories out there about me and that some have been fueled by the fact that I have been so protective of my privacy. As those closest to me know, in my life, I have had relationships with both men and women. I have loved and had romantic relationships with men throughout my life, and I choose now to live as a gay man. I want to deal with this honestly and openly and that starts with examining my own behavior.”

Read: Kevin Spacey’s response to Anthony Rapp could backfire on all gays

Spacey’s statement has caused widespread outrage, particularly among LGBTQ people, who said his ill-timed coming out not only hurt his apology, but LGBTQ people as a whole.

Here, I fixed it for you. pic.twitter.com/6Gn5FyPeZe

Kevin Spacey has just invented something that has never existed before: a bad time to come out.

Kevin Spacey has set gay rights back fifty years by a) conflating homosexuality with paedophilia and b) Saying that being gay is a "choice."

Kevin Spacey really tried to throw the entire LGBT community under a bus and call it solidarity in an effort to mask his personal failings.

Media: "Kevin how do you respond?"

Imagine a male celebrity sexually assaulting a 14-year-old girl and their excuse is "I'm straight." That's what Kevin Spacey is doing.

“Coming-out stories should not be used to deflect from allegations of sexual assault,” she said in a statement. “This is not a coming-out story about Kevin Spacey, but a story of survivorship by Anthony Rapp and all those who bravely speak out against unwanted sexual advances. The media and public should not gloss over that.”

Others on Twitter focused on his attempt to excuse his actions with being drunk.

Nope to Kevin Spacey's statement. Nope. There's no amount of drunk or closeted that excuses or explains away assaulting a 14-year-old child.

Kevin Spacey doesn’t remember the encounter but remembers he was drunk IF it happened…..okay then. pic.twitter.com/U3UpAb0c5U

Paul Manafort after reading Kevin Spacey news: I don't remember getting money from Russia but if I did, I was probably drunk. Also, I'm gay.

hello kevin spacey, "i was drunk and gay" is an excuse for like, table-dancing to britney spears, not attempted paedophilia

Others also noted that Seth MacFarlane’s Family Guy had joked in 2005 about Kevin Spacey’s sexuality in terms of a minor.

In a series of follow-up tweets after the publication of Buzzfeed’s article, Anthony Rapp said he hoped to make a difference by coming forward with his story.

I came forward with my story, standing on the shoulders of the many courageous women and men who have been speaking out 1/3

to shine a light and hopefully make a difference, as they have done for me. 2/3

Everything I wanted to say about my experience is in that article, and I have no further comment about it at this time.

Read: About a Bwoy — An interview with Anthony Rapp.