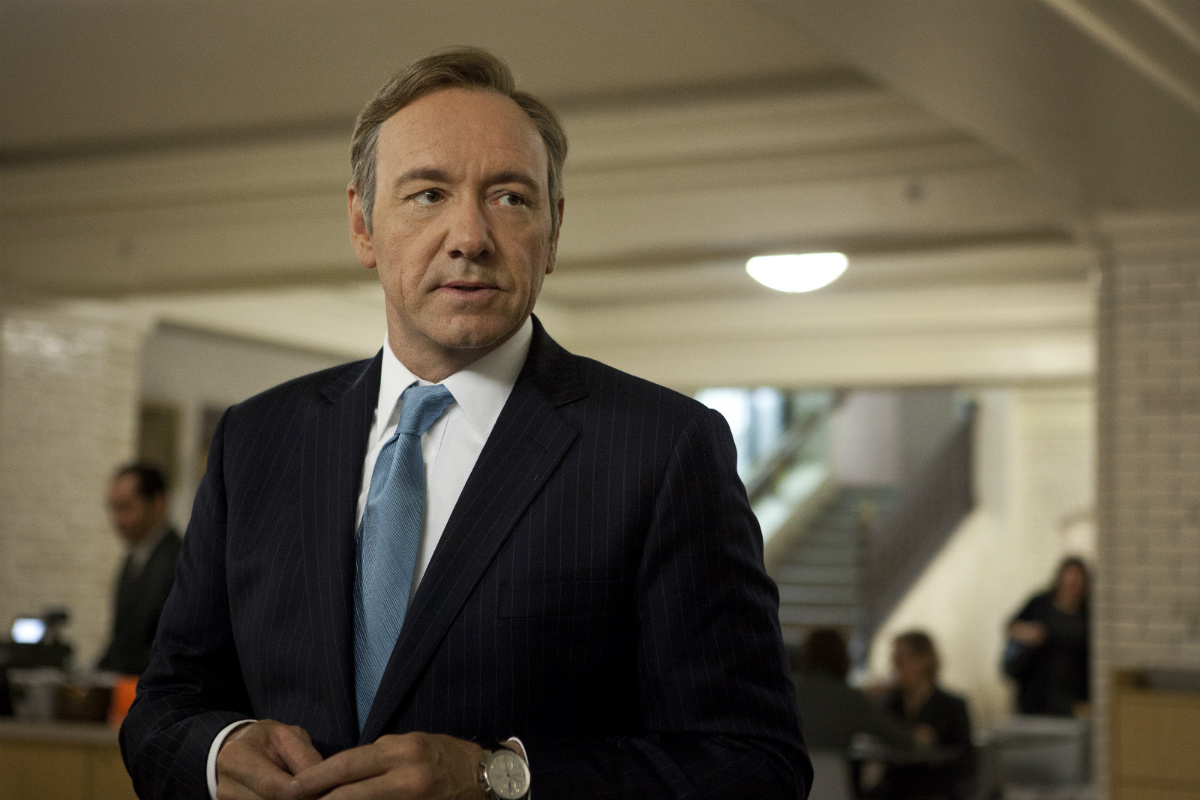 Eight people who worked or currently work on Netflix’s House of Cards have alleged that Kevin Spacey created a “toxic” environment through sexual harassment and assault.

Speaking anonymously with CNN, one production assistant said that Spacey sexually assaulted him during an early season of the show, while others described his behavior as “predatory” and involved touching, crude comments, and specifically targeting young, male crew members.

“I was in a state of shock,” said the production assistant, who claims Spacey put his hands down the assistant’s pants while they were driving to set. “He was a man in a very powerful position on the show and I was someone very low on the totem pole and on the food chain there.”

Spacey apparently then cornered him in his trailer and touched him again.

The assistant alleges that he told a superior about Spacey’s actions, but the solution was to keep Spacey and the assistant separate on set.

Another crew member said Spacey routinely harassed and touched him, saying Spacey would “put his hands on me in weird ways,” including massaging him and touching him.”

He added: “That’s the worst part about this whole thing. I would love to be able to speak out about this kind of stuff and not fear.”

In a statement to CNN, Netflix said they were only aware of one incident, that was apparently “resolved swiftly” five years ago.

“On Tuesday, in collaboration with [Media Rights Capital], we suspended production, knowing that Kevin Spacey wasn’t scheduled to work until Wednesday,” the statement says. “Netflix is not aware of any other incidents involving Kevin Spacey on-set. We continue to collaborate with MRC and other production partners to maintain a safe and respectful working environment. We will continue to work with MRC during this hiatus time to evaluate our path forward as it relates to the production, and have nothing further to share at this time.”

MRC, who produce House of Cards, said they were “deeply troubled to learn about these new allegations” in a separate statement.

“As the producer of the show, creating and maintaining a safe working environment for our cast and crew has always been our top priority,” they said. “We have consistently reinforced the importance of employees reporting any incident without fear of retaliation and we have investigated and taken appropriate actions following any complaints.”

MRC added that they were aware of an incident in 2012, and that “immediate action was taken” after reviewing the situation. They had apparently “not been made aware of any other complaints involving Mr. Spacey.”

These latest allegations follow a week of explosive accusations leveled at Spacey, after Anthony Rapp told Buzzfeed News last week that Spacey had made sexual advances towards him when he was just 14 years old.

While at a party at Spacey’s apartment, Rapp says Spacey — drunk at the time — tried to seduce him.

“He picked me up like a groom picks up the bride over the threshold,” Rapp said. “But I don’t, like, squirm away initially, because I’m like, ‘What’s going on?’ And then he lays down on top of me.”

Spacey responded by coming out publicly, in an attempt to deflect from the situation, which drew widespread condemnation from the LGBTQ community and beyond.

After Rapp’s story broke, Netflix issued a statement saying they were “deeply troubled” by the allegation and had suspended production of House of Card‘s sixth season “until further notice.” Netflix then announced that the sixth season would be the show’s last.

Other accusations against Spacey followed, including filmmaker Tony Montana, who told Radar that Spacey had groped him in a bar in L.A. in 2003.

“I went up to order a drink and Kevin came up to me and put his arm around me,” Montana said. “He was telling me to come with him, to leave the bar. He put his hand on my crotch forcefully and grabbed my whole package.”

Spacey allegedly told Montana “this designates ownership,” before following him through the bar after Montana tried to leave.

Mexican actor Roberto Cavazos wrote on Facebook that he had to reject “unpleasant” advances from Spacey, which he said “bordered on harassment,” while Spacey was artistic director of the Old Vic theater in London. Cavazos wrote that all it took was for a man to be young and under 30 in order for Spacey to try and touch them inappropriately.

A British man, Daniel Beal, alleges that Spacey exposed himself while Beal was working as a bartender in a hotel in West Sussex. Beal told the Sun that Spacey said, “It’s big, isn’t it,” before trying to get Beal to touch his penis. Spacey then apparently gave Beal his watch after he refused his advances.

And Vulture reports that another man has accused Spacey of engaging in a sexual relationship with him when he was just 14. The unidentified man, who is now 48, an artist, and lives on the East Coast, said he met Spacey in 1983 in a queue for Shakespeare in the Park. He says Spacey, then 24, gave him his number and they started a sexual relationship that culminated in what the man describes as attempted rape.

According to Deadline, Spacey’s talent agency CAA and publicist Staci Wolfe have parted ways with him, while a representative for Spacey said he was “taking the time to necessary to seek evaluation and treatment.”

Read: Kevin Spacey Isn’t Getting a Pride Parade, but Anthony Rapp Deserves One