Amid allegations he sexually abused a 14-year-old girl, Roy Moore is attacking his Democratic opponent for supporting transgender people 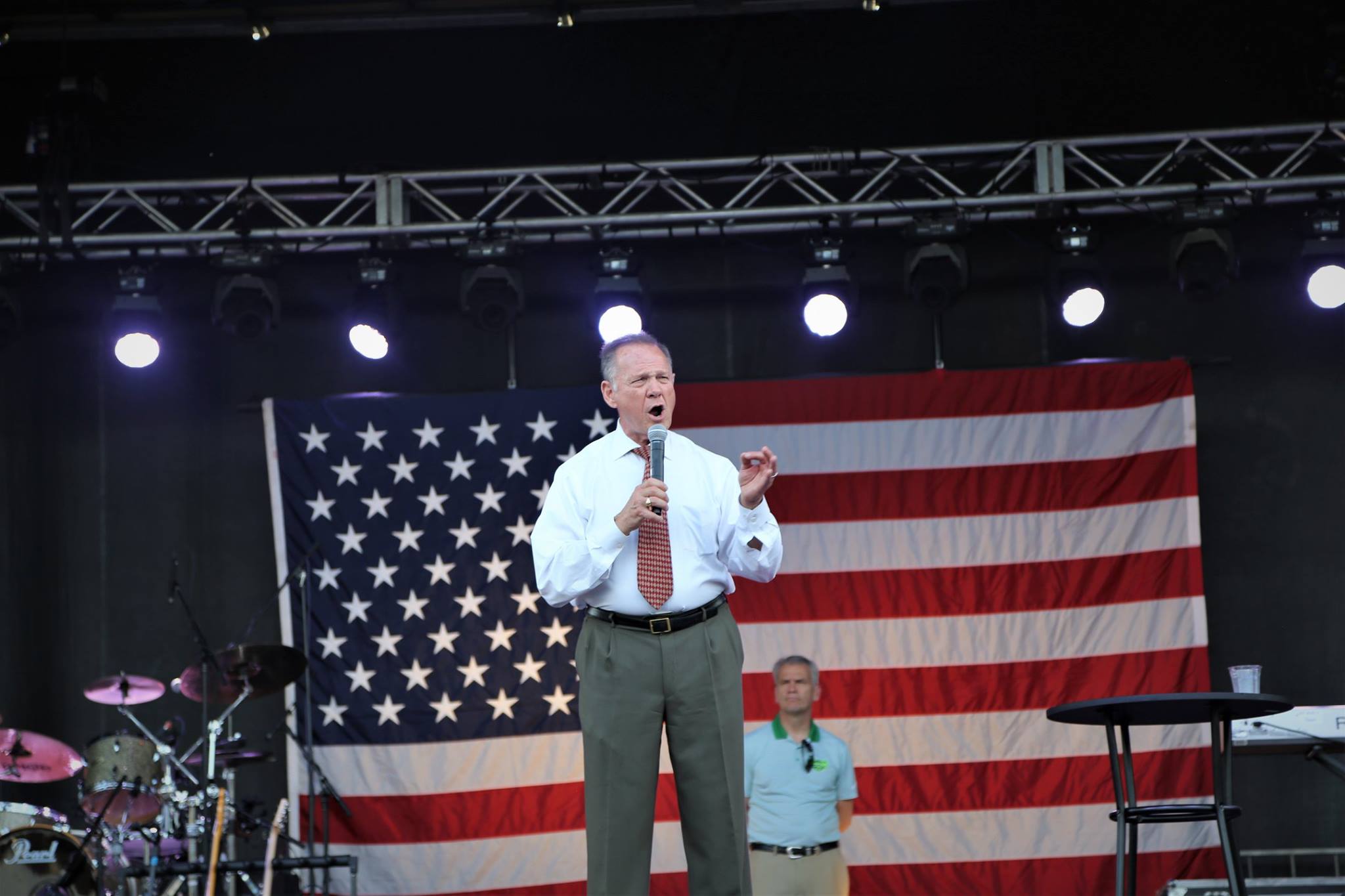 Amid allegations that he sexually abused a 14-year-old girl, Alabama Republican Senate candidate Roy Moore told a press conference that “the transgenders don’t have rights.”

Moore, a former Alabama chief justice who has a long history of opposing LGBTQ rights and pushing a socially conservative agenda, made the comments while attacking his Democratic opponent Doug Jones for supporting LGBTQ people, the Montgomery Advertiser reports.

“They’ve never been denominated as having rights by the US Supreme Court,” he added. “[Jones] believes in transgender bathrooms and transgenders in the military. I disagree with him 100 percent.”

While out campaigning, Jones hit back, saying Moore, “wants to talk about nothing but the issues that may divide us instead of the ones that may unify us.”

“We have crisscrossed this state and will continue talking about health care, talking about jobs and talking about education,” he said. “It’s just now we’re seeing Roy Moore starting to surface. But he doesn’t want to talk about those issues.”

Moore is currently the subject of intense speculation after a Washington Post article in which a woman accused Moore of groping her and being overtly sexual when she was just 14 years old.

Three other women told the Post that Moore pursued them when they were between 16 and 18 years old, and he was in his 30s.

In the wake of the allegations, Senate Majority Leader Mitch McConnell (R-Ky.) called for Moore to back out of the Senate race.

“If these allegations are true, he must step aside,” McConnell said in a statement.

In addition to these new reports, Moore is best known to the LGBTQ community as a staunch opponent of equality. He has called homosexuality a “criminal lifestyle,” an “inherent evil against which children must be protected,” and “abhorrent, immoral, detestable, a crime against nature, and a violation of the laws of nature and of nature’s god upon which this Nation and our laws are predicated.”

He has compared homosexuality to bestiality, polygamy and incest, criticized same-sex couples who undergo artificial insemination, and has supported banning all LGBTQ people from serving in the U.S. military.

And last year, he said the Supreme Court’s ruling that legalized same-sex marriage was “even worse” than a 19th century pro-slavery ruling widely considered one of the worst decisions in the court’s history.

Read: Most Republicans think America has “gone too far” in accepting trans people