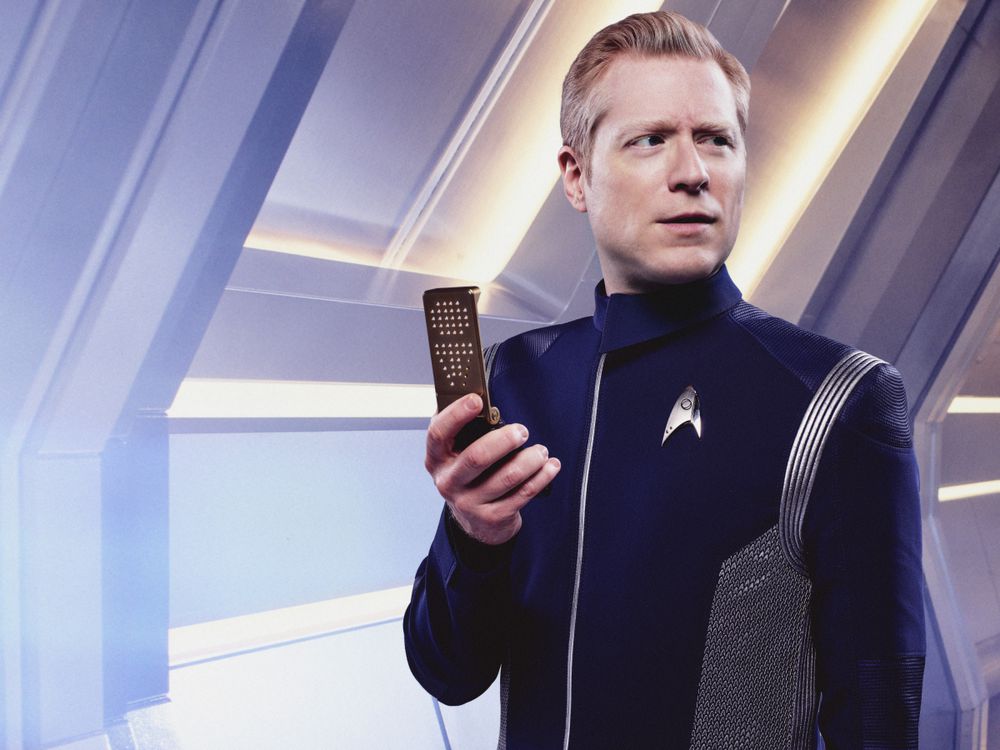 Anthony Rapp has revealed why he came forward to accuse Kevin Spacey of sexually harassing him when he was just 14 years old.

Speaking with Attitude, the Star Trek: Discovery actor said he was inspired by the number of women in Hollywood who had come forward to expose sexual harassment and assault in the industry.

“In this moment, with what’s happened, it’s become clear that people can be believed and that it can have an impact,” Rapp said. “The entire apparatus that kept people silent and also kept [those accused] safe is being dismantled.”

Rapp acknowledged that he had played a part in a “big sea change,” and added that he hoped such revelations were happening “not just in our industry, but everywhere and that people are realising that these things can have an impact, that people do not have to be able to get away with it.”

“No matter what, I would urge anybody to stay safe, take care of themselves, one another and get help and support when they need it,” he said. “There is no such thing as truly being alone, which is what I hope this moment demonstrates, that there is strength in numbers.”

The Final Frontier! Anthony Rapp and Wilson Cruz open up about Star Trek's first ever gay kiss in our new February issue:https://t.co/WCORYGkzG2 pic.twitter.com/slIqUtsuui

In an interview with Buzzfeed last year, Rapp accused Spacey of sexual misconduct in 1986, when a 26-year-old Spacey tried to have sex with 14-year-old Rapp at a party in Spacey’s New York City apartment.

“He picked me up like a groom picks up the bride over the threshold,” Rapp said at the time. “But I don’t, like, squirm away initially, because I’m like, ‘What’s going on?’ And then he lays down on top of me.”

In the wake of Rapp’s allegations, Spacey issued a much derided apology, in which he came out and said he now chose “to live as a gay man.”

Spacey’s response prompted a backlash from the gay community, who accused him, among other things, of conflating pedophilia with being gay.

Later in the Attitude interview, Rapp said he as “incredibly moved” with the response he received after coming forth with his allegations.

“I was surprised that it [was] met with a positive or meaningful response,” he said. “I was incredibly moved by the supportive responses from so many people in my life. I’m hopeful that it will continue to have a positive effect in the future.”

In the wake of Rapp’s accusations, a number of others came forward to accuse Spacey of sexual misconduct or harassment, including several members of the House of Cards crew. Spacey was subsequently fired from Netflix’s flagship drama, with the series instead refocusing on Robin Wright’s character.

Speaking with Metro Weekly last year, Wilson Cruz, Rapp’s onscreen husband in Star Trek, said he was “really proud” of Rapp for coming forward. “I stand behind him, and am so proud of the fact that he has empowered other people to come forward,” he said.

Cruz added that he was “furious with the Spacey statement in which he conflated pedophilia with coming out,” but added that he was “heartened by the response — not just from LGBTQ people and their outrage, but the outrage of our allies.”