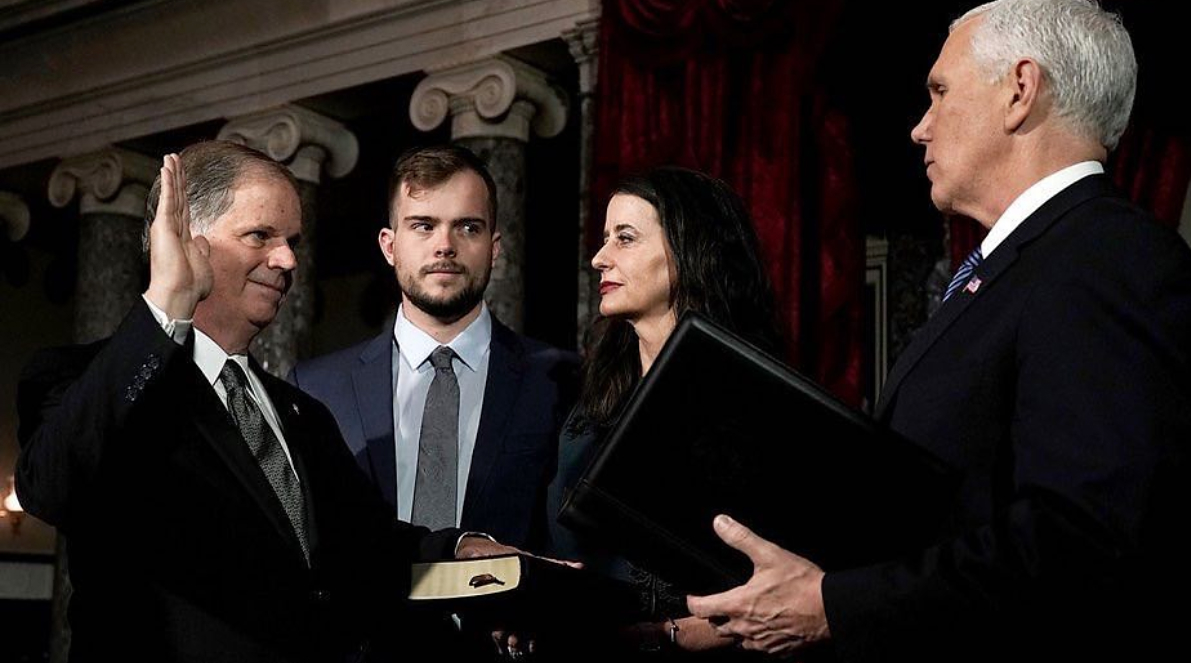 Democrat Doug Jones was sworn in as a U.S. Senator yesterday — but its his gay son’s incredible side-eye that has social media going crazy.

Making the whole thing even better is that VP Pence is a known homophobe who fights against LGBTQ rights.

Jones posted the photo to Instagram with the sly hashtag “nocaptionneeded” — but that didn’t stop the internet from taking it and running with it.

Obsessedddddd with the side eye Carson Jones is giving @VP @mike_pence. Y’all caption this photo! So proud of my home state of #alabama electing @GDouglasJones! Let’s move this state onward and upward! Pencey, don’t worry, you can’t catch it. pic.twitter.com/1XCqKdvAK5

I thought Carson Jones, Doug Jones’ gay son, was already hot, but this side eye has me sweating. pic.twitter.com/pl7VqeZpji

I thought Carson Jones, Doug Jones’ gay son, was already hot, but this side eye has me sweating. pic.twitter.com/pl7VqeZpji

Someone buy the rights to adapt this staring contest between Carson Jones and Mike Pence. pic.twitter.com/wwAD9s1S6j

As an added bonus, local Twitter account DCHomos revealed an even gayer twist to Jones’ amazing moment. He was apparently wearing a rainbow boutonnière, hidden just out of sight in the image.

Yasssss Carson Jones was wearing the boutonnière we gave him for his dad’s swearing in ♥️🏳️‍🌈
Check it out at https://t.co/IRN7hIFlrJ pic.twitter.com/vcAtbpSDnR

Also Read: Anthony Rapp has opened up on why he came forward with Kevin Spacey allegations

Rhuaridh Marr is Metro Weekly's online editor. He can be reached at rmarr@metroweekly.com.
← Previous Story Anthony Rapp has opened up on why he came forward with Kevin Spacey allegations
Next Story → Federal judge refuses to block Illinois trans students’ locker room access