Review: “Everything is Illuminated” at Theater J

Tragicomic odyssey "Everything is Illuminated" roams between laughs and lessons. 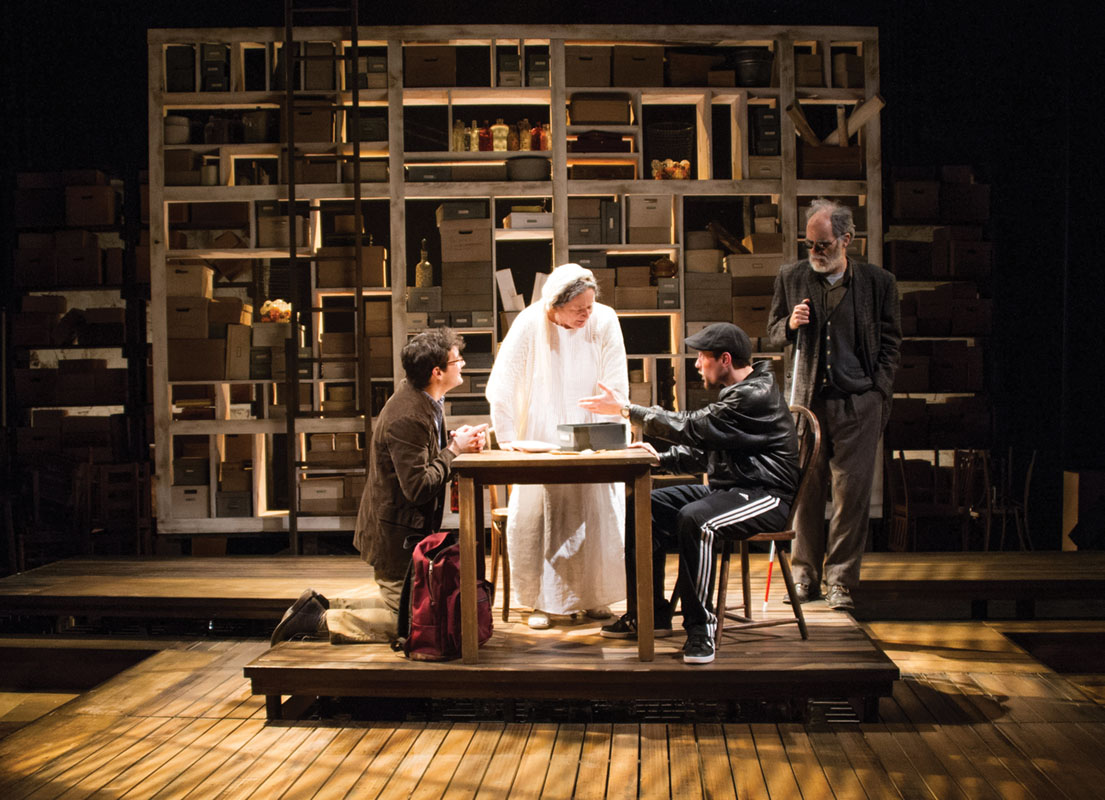 Jonathan Safran Foer’s 2002 debut novel Everything Is Illuminated told a poignant Holocaust narrative from a perspective a few generations removed from that of most authors who have tackled the subject. The descendant of a Holocaust survivor, Safran Foer plotted parts of his story around family lore and recollections of the long-ago experiences that shaped his very existence. Likewise, the writer’s fictional stand-in, also named Jonathan, has little more than an old photograph and the stories he’s been told to guide him on his quest to recover precious truths from his family’s well of history. Adapted for the stage by Simon Block, Everything Is Illuminated (★★★½) enacts the writer’s quest in a nuanced Theater J production directed by Aaron Posner.

Pursuing a link to his past, young Jewish American writer Jonathan (Billy Finn) searches in rural Ukraine for the woman, Augustine, who saved his grandfather from the Nazis. Bearing a photo of his grandfather in 1943 with Augustine by his side, Jonathan hires a gregarious local named Alex (Alex Alferov) as his translator and tour guide for searching the towns and villages outside Odessa.

Alex is brimming with confidence, even if his skills as a translator are extremely limited. His knowledge of the Ukrainians’ past treatment of Jews seems equally limited, influenced by whatever stories he’s heard from his cranky old grandfather (Eric Hissom), who pretends to be blind, yet still serves as the expedition’s driver.

Posner’s adventurous staging, rambling from roadside bar to Grandfather’s busted car, flows like a road movie as Jonathan and company make their way across the countryside. During the journey, Alex acts as tour guide also to the audience, with Alferov ably modulating the character’s distinct accent to varying degrees to denote when Alex is speaking his colorful brand of English, or arguing in his native language with his grandfather.

Alferov and Hissom form a fascinating familial pair, and the tension between them, as much as the writer’s central quest, carries the play’s first act. There’s also tension between fussy Jonathan and relaxed Alex, but the performance of it feels more forced, at least from Finn’s side of the characters’ clashing personalities.

For the most part, Block’s script doesn’t force the laughs, finding a thoughtful balance between the humor of some of the travelers’ circumstances and the seriousness of the quest. However, Posner’s direction does stretch the comedy a bit broad with Daven Ralston’s puppet-assisted turn as Grandfather’s seeing-eye dog, “Sammy Davis, Jr. Jr.” 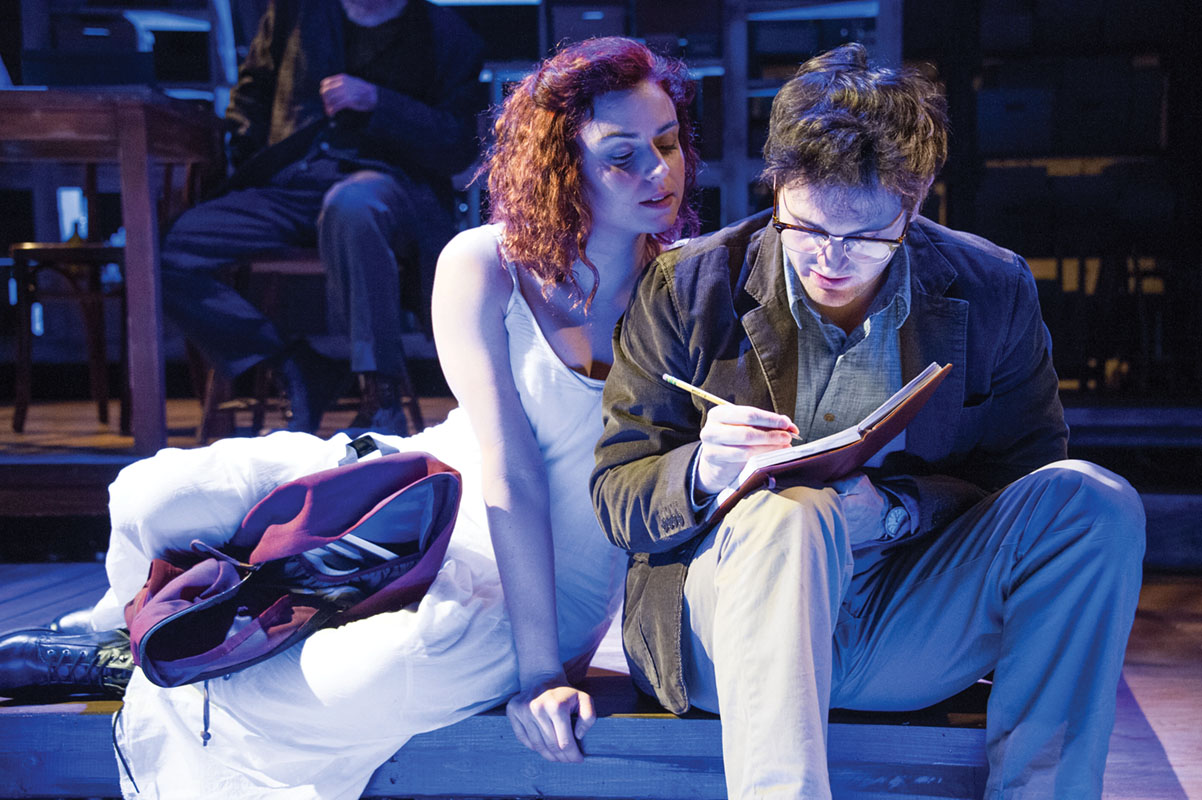 The play strikes haunting notes of dread in the history it evokes. Much of the lingering terror in this Holocaust story is channeled through a mysterious soul the travelers meet along their journey, an old woman (Nancy Robinette) who might or might not be Augustine. She definitely knows something about Trachimbrod, the shtetl where Augustine lived, before most of the village’s population was wiped out by the Germans, with help from local Ukrainian Nazi sympathizers.

A repository of untapped history and untold pain, the old woman is brilliantly acted by Robinette, who also was wonderful last season in Posner’s livewire Chekhov riff No Sisters at Studio. Gazing into the past, she reveals the sacrifice and resolve that Jonathan is longing to connect with and understand.

Starkly lit on scenic designer Paige Hathaway’s expressive set of towering shelves and boxes, and floorboards built over jars buried with history, Robinette delivers a riveting monologue relating the survivor’s despair. The burden of pain that Jonathan feels obligated or moved to share with his forebears practically pours from her like warm redemption.

Everything Is Illuminated by Theater J

André Hereford covers arts and entertainment for Metro Weekly. He can be reached at ahereford@metroweekly.com. Follow him on Twitter at @here4andre.
← Previous Story Women’s Voices Theater Festival returns to further spark the gender parity movement
Next Story → Review: “The Wolves” at Studio Theatre