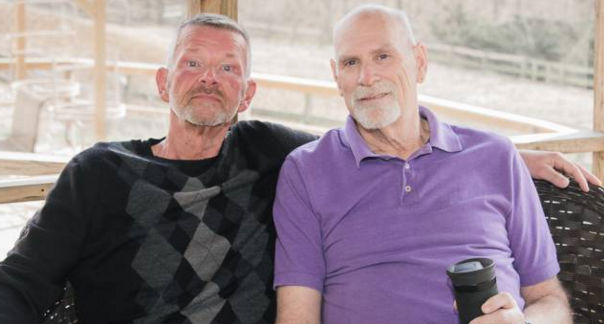 At least 47 businesses, attorneys general from 15 states and the District of Columbia, and the nation’s top LGBTQ rights organizations have submitted a number of amicus briefs urging the 8th U.S. Circuit Court of Appeals to rule that LGBTQ people are protected by the Civil Rights Act.

The 8th Circuit recently agreed to hear the case of a Missouri man who says he was recruited and offered a job at a health management organization, only to have that offer withdrawn after the company’s owners found out that he was gay and married to another male.

Mark Horton, a St. Louis-based health care management professional, has accused Midwest Geriatric Management of discriminating against him based on his sex. He and his lawyers argue that his rights under Title VII of the Civil Rights Act of 1964 — which prohibits sex-based discrimination — were violated when he was fired because of his sexual orientation, because had he been a woman married to a man, the job offer would not have been withdrawn.

The amicus brief filed in support of Horton reach the same conclusion. In the brief filed by the coalition of 47 businesses, several prominent companies, including Levi Strauss & Co., Airbnb, CBS Corporation, Microsoft, and Salesforce detailed the harms resulting from discrimination, and highlighted the importance of affirming workplaces as it urged the court to rule that Horton was unlawfully discriminated against.

“The nation’s top corporations recognize that discrimination is bad for business,” Omar Gonzlaez-Pagan, a staff attorney with Lambda Legal, said of the business groups’ brief. “Companies across all industries know that when an employee like Mark can bring their whole selves to work without fear of retaliation, they can focus on their jobs and succeed. Mark was recruited because of his recognized skills, which is what matters — and not his sexual orientation.”

“Levi Strauss & Co. will always stand up for equality and inclusivity in our workplaces and communities. It is not only good for business — it is simply the right thing to do,” added Anna Walker, the senior director of policy and advocacy at Levi Strauss & Co. “The strength of this company is based on the diversity of the incredible people who work for us. We must be welcoming for all people, regardless of race, sex, national origin, ethnicity, religion, age, disability, sexual orientation or gender identity, or we erode our ability to foster a vibrant, competitive workforce.”

Other briefs were filed by the 16 attorneys general for 15 states and the District of Columbia, the U.S. Equal Employment Opportunity Commission, the Anti-Defamation League, various legal scholars, and LGBTQ rights groups, which noted that other federal courts have found that discrimination based on sexual orientation is inherently a form of sex discrimination.

Earlier this year, the 2nd Circuit Court of Appeals ruled that a skydiving company had violated a now-deceased instructor’s Title VII rights when it unceremoniously fired him after a female client objected to the fact that he was gay. In 2017, the 7th Circuit Court of Appeals ruled that a community college had discriminated against a woman based on her sex when it denied her a full-time teaching position because she was a lesbian.

The National Center for Lesbian Rights and GLBTQ Legal Advocates & Defenders filed their own legal brief arguing that early court decisions on LGBTQ rights were wrongly decided, as they barred lesbian and gay people from suing for employment discrimination under Title VII. As a result, that exclusion causes lower courts to reach inconsistent results and created unique barriers to sex discrimination lawsuits filed by LGBTQ people.

“It’s impossible to discriminate against someone based on their sexual orientation without also discriminating against them based on their sex,” NCLR Senior Staff Attorney Christopher Stoll said in a statement. “For too many years, courts have suffered through the artificial and ultimately pointless exercise of trying to determine whether the discrimination and harassment faced by lesbian, gay, and bisexual workers on the job was because of their sexual orientation or because of their sex. That outdated and unworkable approach leads to unfair and inconsistent treatment of workers and unpredictable results for employers. It should be replaced with a clear rule that is faithful to the clear language of Title VII, which is that sexual orientation discrimination always involves sex discrimination.”

“It’s common sense that Title VII includes protections for lesbian, gay, and bisexual people when it forbids employment discrimination because of sex,” GLAD Legal Director Gary Buseck said in a statement. “Title VII has long forbade discrimination based on gender stereotyping, and sexual orientation is the ultimate case of failure to conform to gender stereotypes about the proper roles of men and women. In addition, you simply can’t define a person’s sexual orientation without identifying their sex.”

John Riley is the local news reporter for Metro Weekly. He can be reached at jriley@metroweekly.com
← Previous Story Texas settles lawsuit with transgender inmate who was raped and beaten in prison
Next Story → NCLR’s Kate Kendell on retiring: “I have felt privileged every day to do this work”