Also: Betty Who, The Raid, Gospel at Colonus, and O'Malley's March 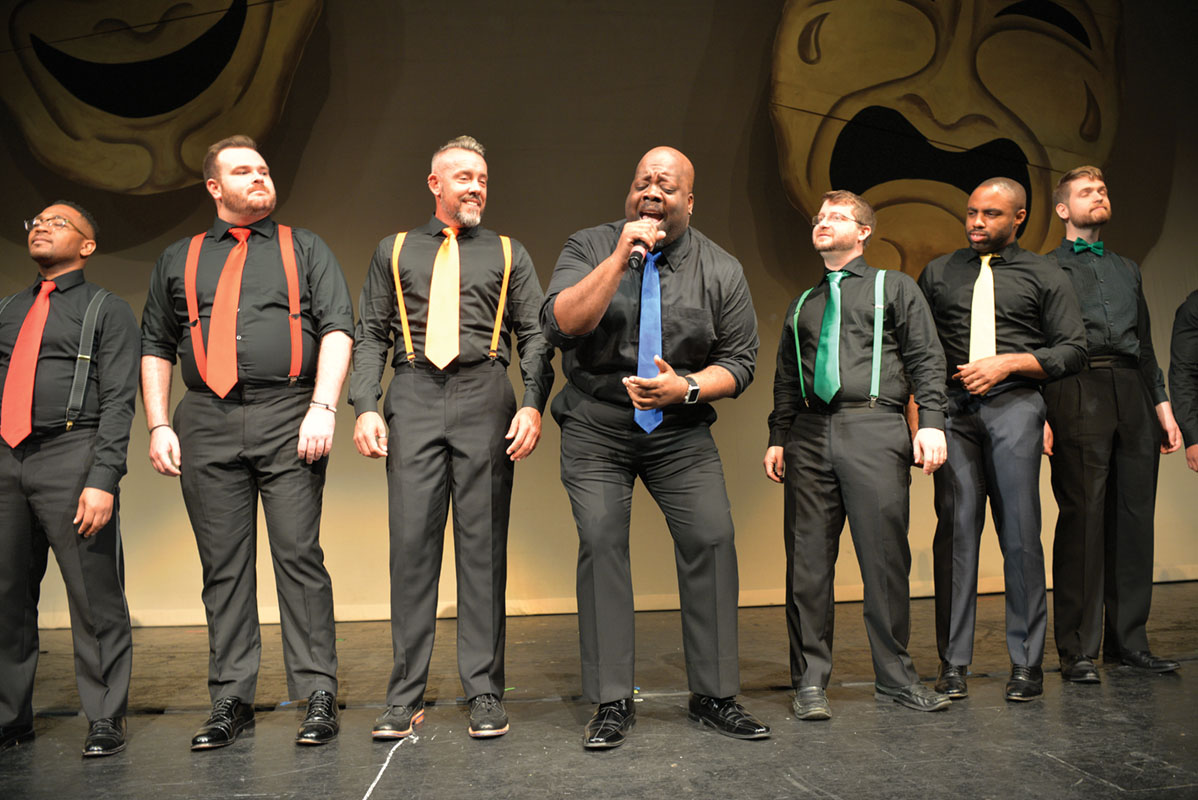 Subtitled “Let Freedom Sing,” the latest concert in the activist-oriented 37th season of the Gay Men’s Chorus of Washington strips away the group’s typical glitter and glam glossy focus to examine the personal and powerful forces within, at heart. Interspersed with inspiring songs from Broadway and Hollywood, as well as from religious and civil rights movements, are stories from individual members of the chorus, sharing their experiences of what it means to be gay in America. Saturday, March 17, at 3 and 8 p.m. Lincoln Theatre, 1215 U St. NW. Tickets are $25 to $65. Call 202-888-0050 or visit thelincolndc.com. 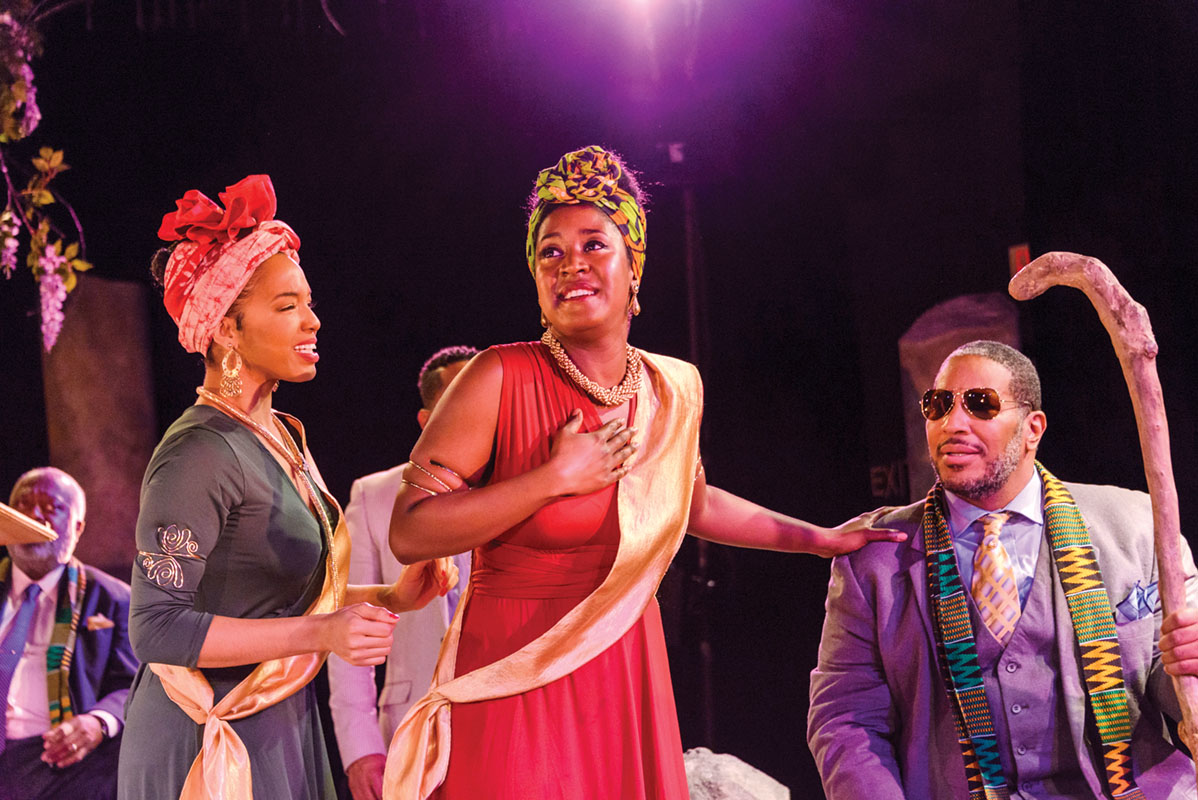 THE GOSPEL AT COLONUS 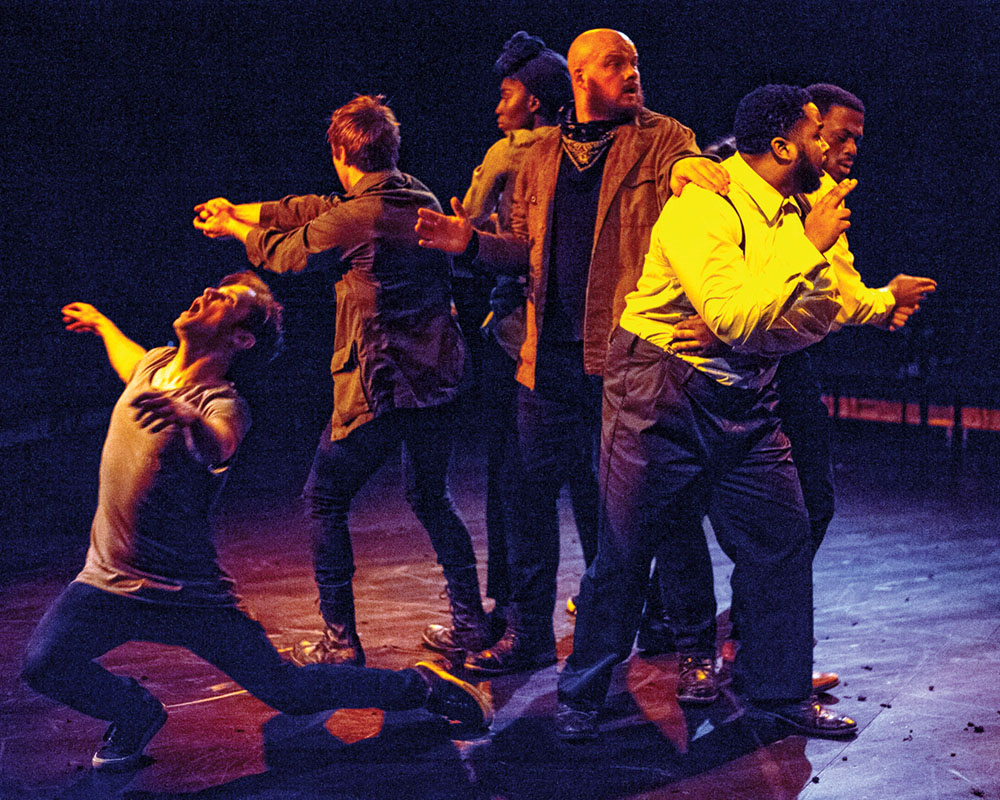 Playwright Idris Goodwin imagines what might have transpired had white abolitionist John Brown and black abolitionist and social reformer Frederick Douglass debated on the eve of Brown’s raid on the federal armory in Harpers Ferry. The drama wrestles with the merits of violence and pacifism, order and chaos, as well as the implications of race and the limits of radicalism in social protest. Nicklas Aliff plays Brown and Marquis D. Gibson is Douglass, in a cast also featuring Josh Adams, Dylan Fleming, Tiffany Byrd, Moira Todd, and Robert Bowen Smith. Colin Hovde directs the Theater Alliance production. To March 18. Anacostia Playhouse, 2020 Shannon Place SE. Tickets are $30 to $40. Call 202-241-2539 or visit theateralliance.com. 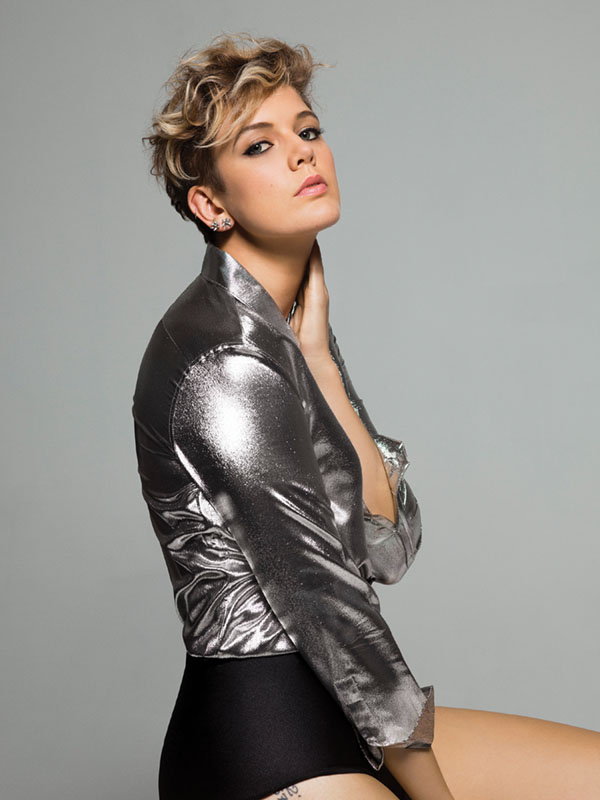 It was five years ago that “Somebody Loves You” became the lip-synched centerpiece to Spencer Stout’s viral video, the one featuring his elaborately choreographed marriage proposal to his boyfriend Dustin in a Utah Home Depot. The next year, the singer-songwriter born Jessica Newham in Australia was a headliner at Capital Pride. Last year, Who returned to give an ecstatic and — this time out — fully staged performance at the All Things Go Fall Classic in support of The Valley, easily one of 2017’s strongest pop albums. The charismatic singer returns to D.C. for two shows on Wednesday, March 21, at the 9:30 Club — the first of which sold out soon after it went on sale. Pretty Sister and Spencer Ludwig open. Doors at 10 p.m. 815 V St. NW. Tickets are $25. Call 202-265-0930 or visit 930.com. 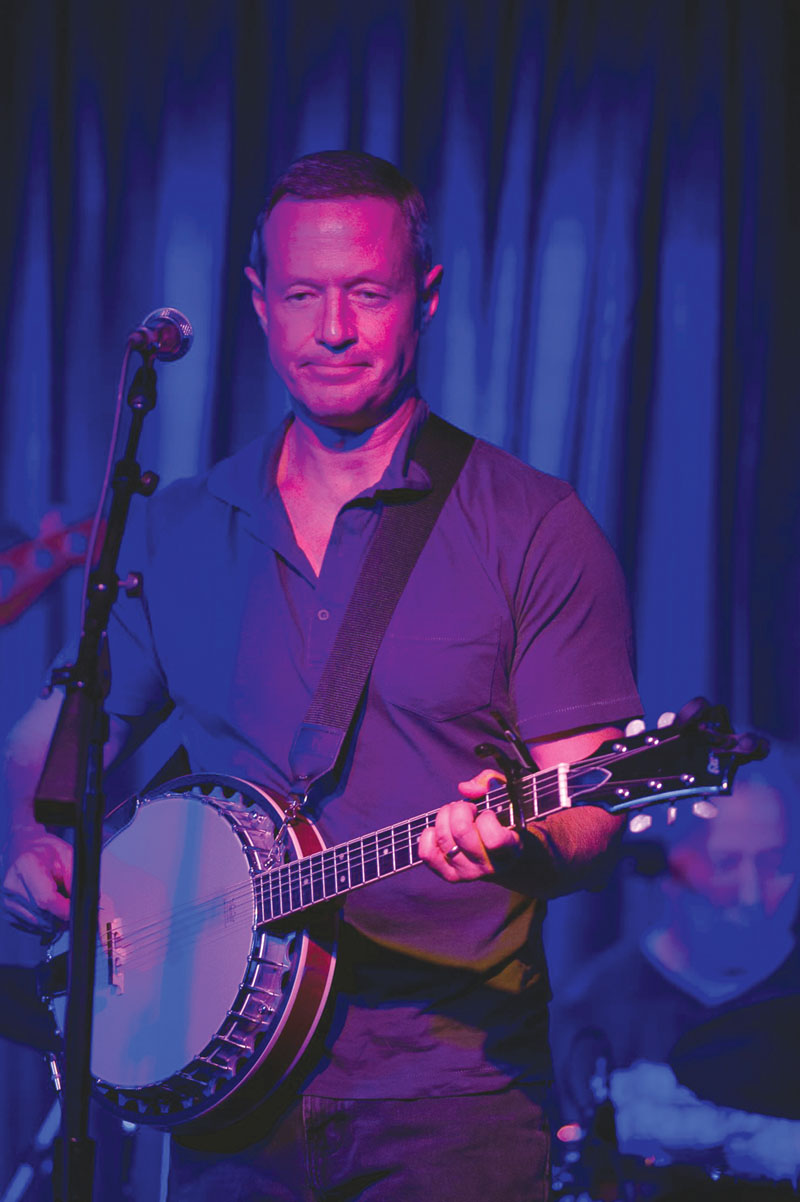 Martin O’Malley, the handsome former governor of Maryland and presidential hopeful, has a very unusual non-political sidegig — as lead singer and guitarist of this seven-piece Celtic rock band. Who better to toast St. Patrick’s Day than a group of Irish-Americans known for playing traditional Irish and original Celtic fusion songs featuring the fiddle and the ancient sound of the Celtic harp? Saturday, March 17, at 8 p.m. Bethesda Blues & Jazz Supper Club, 7719 Wisconsin Ave. Tickets are $25, plus $10 minimum purchase per person. Call 240-330-4500 or visit bethesdabluesjazz.com. 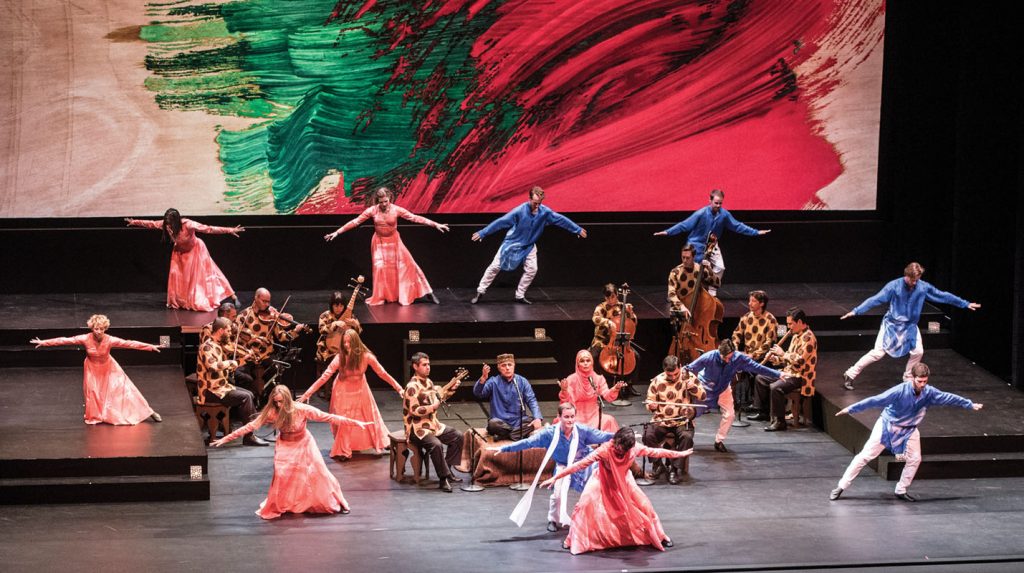 A Kennedy Center co-commission based on a tragic, ancient Azerbaijani tale akin to Romeo and Juliet, Layla and Majnun centers on a young man’s zealous feelings for his lover, and how his perceived madness turns their would-be union into scandal, misfortune, and eternal longing. The dancers from this acclaimed gay-led contemporary troupe perform with singers and musicians from virtuosic pan-Asian group the Silkroad Ensemble, backdropped by a set from painter Howard Hodgkin. Thursday, March 22, and Friday, March 23, at 7:30 p.m., and Saturday, March 24, at 1:30 and 7:30 p.m. Opera House. Tickets are $29 to $99. Call 202-467-4600 or visit kennedy-center.org. 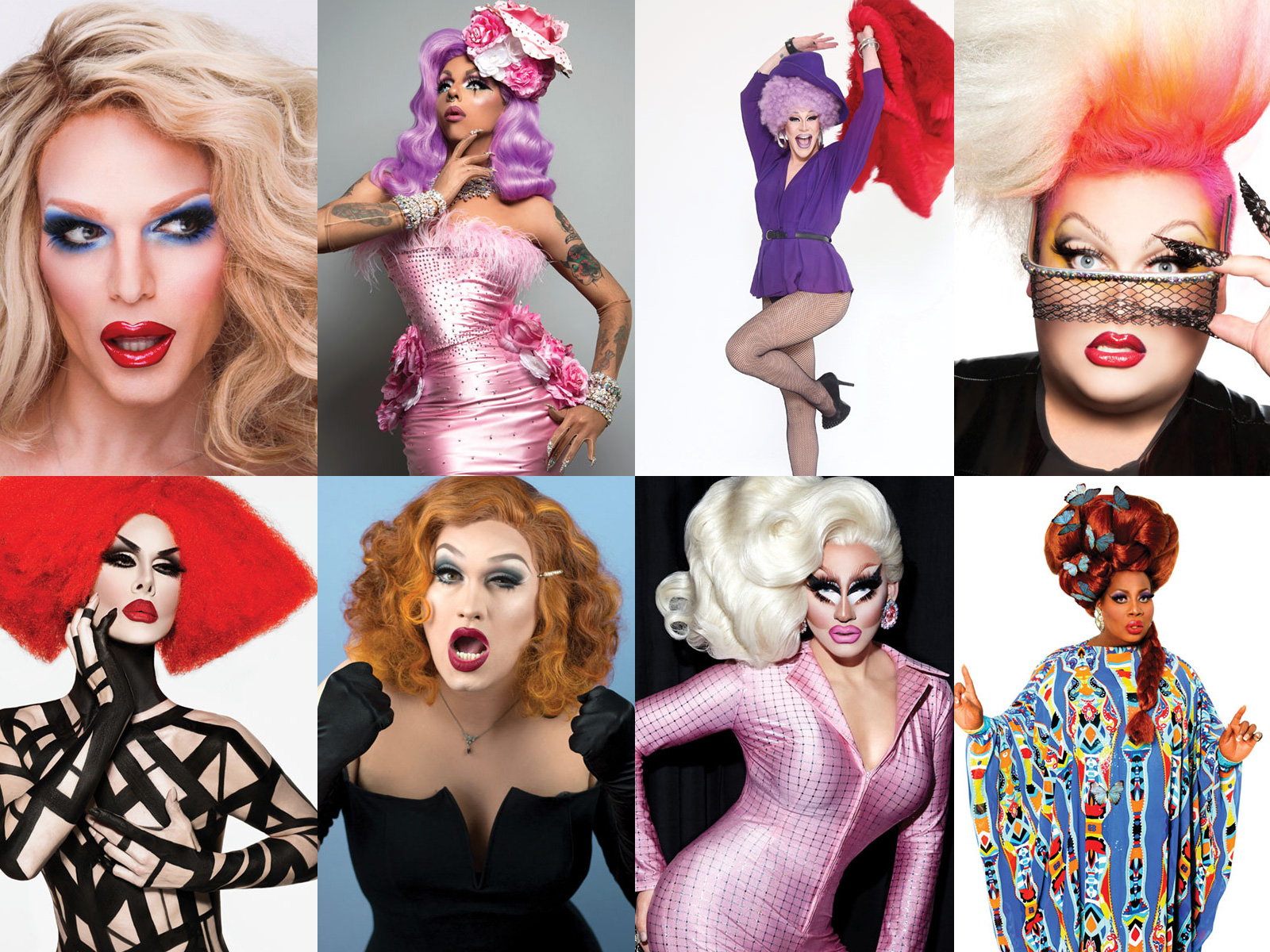 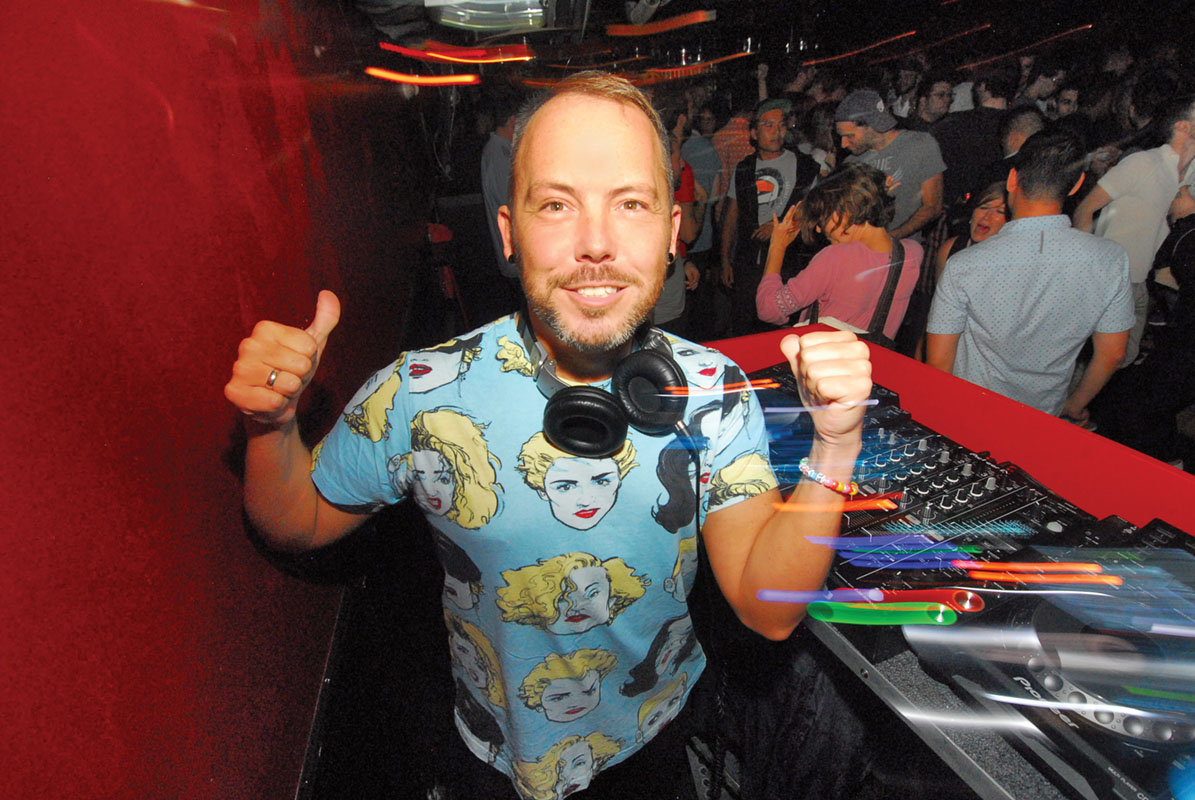 Named after the diner on Beverly Hills 90210, Peach Pit was started by DJ Matt Bailer more than eight years ago at Dahlek, the now shuttered Eritrean restaurant that also birthed his party Mixtape. Before it was even a year old, Bailer moved the party to DC9. Bailer describes the party as “this kind of sweaty mosh pit of guys and girls, straights and gays, black people and white people, old people and young people — all just dancing and singing at the top of their lungs.” Peach Pit is very strictly ’90s, as Bailer only plays and takes requests for tracks released between Jan. 1, 1990, and Dec. 31, 1999. This Saturday, March 17, ushers in the 100th edition of the party. Doors at 10:30 p.m. DC9, 1940 9th St. NW. Cover is $5, or $8 after midnight, though as they point out on the website, “the earlier you arrive, the shorter the line — and the more ’90s classics you’ll get to hear.” Amen. Call 202-483-5000 or visit dcnine.com.

Read: The full Out On the Town arts calendar here.