Report: Number of LGBTQ characters in Hollywood films fell in 2017

A study by GLAAD’s Studio Responsibility Index (SRI) has found that the number of films featuring an LGBTQ character fell by almost 50 percent in 2017.

GLAAD’s SRI — a report that tracks queer representation in major motion pictures — found that Hollywood’s major releases in 2017 only had 14 LGBTQ characters, falling from 2016’s 23.

“We hope that next year’s report is able to paint a more promising picture than GLAAD’s 2017 findings,” GLAAD president Sarah Kate Ellis said in a statement.

While Ellis mentioned that 2018 is off to a good start with films like Annihilation, Blockers and Love, Simon, this year could still fall short.

“While the films mentioned above are impressive, three films are still only a small percentage of the total,” Ellis notes.

On top of the already low number of LGBTQ characters, only nine were able to pass GLAAD’s Vito Russo Test, the queer equivalent of the Bechdel Test for women. A movie needs to have an “identifiable” LGBTQ character that plays a significant role in the plot and is not “solely or predominantly” defined by being LGBTQ.

An example of this would be the character of Valkyrie in Thor: Ragnarok, who received some praise for being bisexual, but the scene that identified that LGBTQ trait was left out of the final film. With no clear mention, it failed the Vito Russo Test.

However, LGBTQ representation in films by major studio’s subsidiaries, such as Fox Searchlight, Focus Features, Roadside Attractions and Sony Pictures Classics saw a 28 percent increase in LGBTQ characters. Some of the films featured were Battle of the Sexes, with a then-closeted Billie Jean King, and Best Picture winner The Shape of Water, which featured a gay illustrator that starred in a titular role.

However, Ellis says that LGBTQ storylines should not just be regulated to independent films, and with films like Love, Simon bringing in over $57 million dollars — $41 million in the U.S. alone — young audiences clearly want more queer cinema options.

“If Hollywood wants to remain relevant with these audiences and keep them buying tickets, they must create stories that are reflective of the world LGBTQ people and our friends and family know,” Ellis said. “This needs to take place in the major studios that play in wide release all over the country…as well as in the indie films that have long been home to stand-out queer and trans stories.”

As a sign of progress, Ellis recently praised Deadpool 2 for featuring a clearly stated lesbian relationship between two influential characters, something the superhero genre has largely lacked until now. 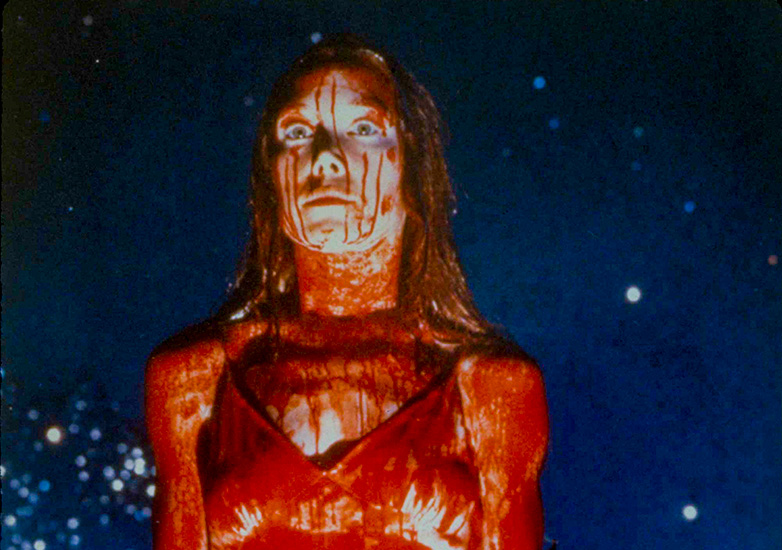 It's been far too long since we've all had a good collective scare in cinemas. While shrieks and screams behind required masks may have somewhat of a muffled quality, they're no less impactful when it comes to experiencing horror in a group setting. It's how we were meant to be scared out of our skins.

With Halloween rapidly en route, Fathom Events is giving us a chance to find the fun again in group fear. The company, known for reviving classics on the big screen in limited-run engagements, is rolling out its Fright Fest nationwide with a cauldron full of spooky screenings.

The screaming starts with Carrie (1976), celebrating its 45th Anniversary. Based on the Stephen King novel, the film was a breakthrough for director Brian DePalma, who deftly blended camp and chills into a one-of-a-kind mix. Newcomer Sissy Spacek brought tremendous sympathy and gravity to her superb portrayal of a high school outcast with telekinetic powers who, bullied past her breaking point, turns prom night into a bloodbath.