There was no casting for the title role in writer-director Sebastián Lelio’s electrifying drama A Fantastic Woman. “The role was written for me,” says trans actress Daniela Vega, whose magnetic lead performance has helped catapult the Chilean film to worldwide acclaim, and to a spot among this year’s Academy Award nominees for Best Foreign Language Film.

Vega plays Marina, a waitress and singer whose male lover Orlando (Francisco Reyes) passes away, leaving her to fight for the memory of their life together against the deceased man’s family, who refused to accept the relationship. She also finds herself battling the bureaucracy of a system that barely acknowledges any trans person’s right to love, or even exist. 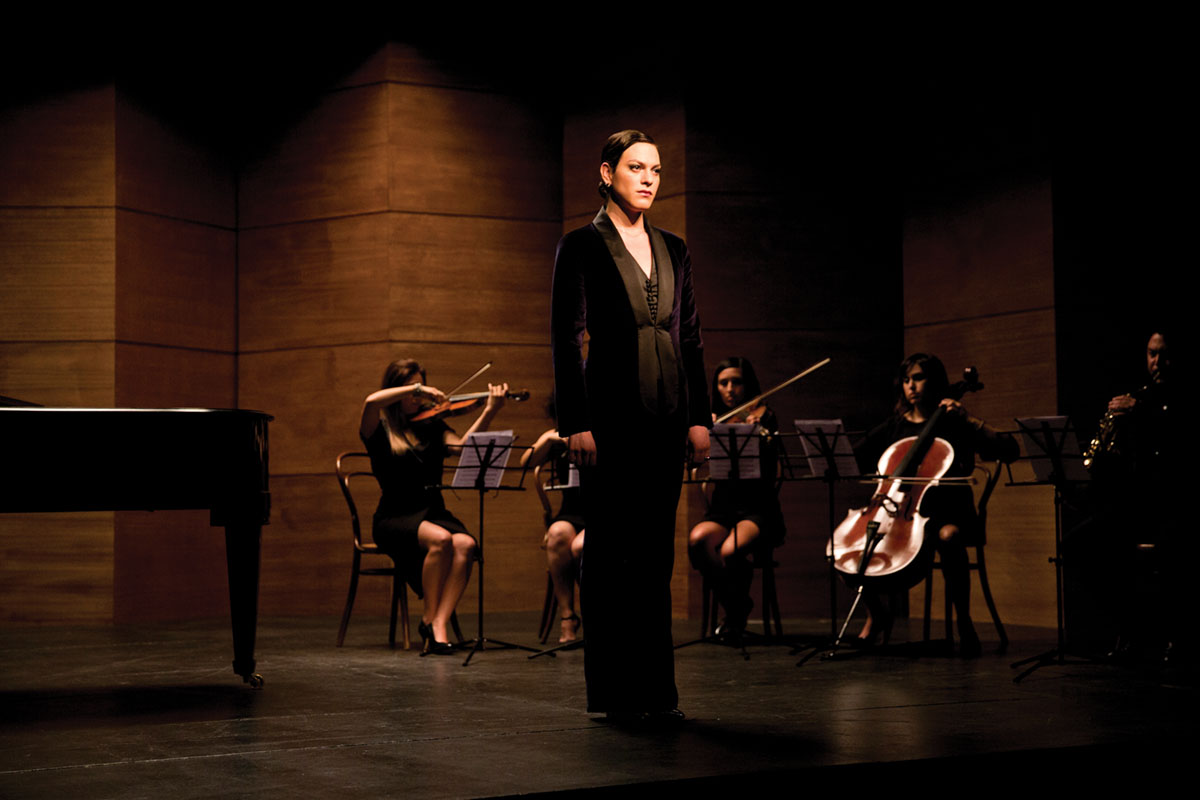 The struggle reveals the warrior inside Marina, who summons strength she didn’t know she had. However, far from comporting herself as a firebrand, the San Miguel-born Vega is a soft-spoken, eloquent advocate for human rights.

“I think that the person that I constructed [on film] embodies three particular characteristics: dignity, rebelliousness, and resilience,” says the actress. “Those three important things are what forms Marina’s body, and of course, the emotions are taken from my observations of how it is to be a woman and what it is to be a woman.”

A Fantastic Woman has struck a nerve with audiences in Chile, where the film had an historic run in theaters. Now, A Fantastic Woman is earning festival and critics’ prizes from Berlin to Madrid to Mexico City, with a good shot at an Oscar. But its radiant star has her sights set on a greater goal than just golden statuettes.

“I hope that a lot of people see the movie,” says Vega. “Of course, the awards and connections are very important, and very lovely conquests. But the most important thing is to be able to help people open their minds and understand that the diversity of humanity is the richest thing that human beings have. [Our] movie is not going to change the laws of society, but it can help change the minds and hearts of people.”

A Fantastic Woman is rated R, and opens at the Landmark E Street Theatre on Friday, February 9.

Read our review of A Fantastic Woman here!

André Hereford covers arts and entertainment for Metro Weekly. He can be reached at ahereford@metroweekly.com. Follow him on Twitter at @here4andre.
← Previous Story Review: “A Fantastic Woman” is penetrating and poignant
Next Story → “Black Panther” screenwriter discusses rumored lesbian scene