Nikko Nelson said she wasn't expecting to win, despite her school being supportive of her transition 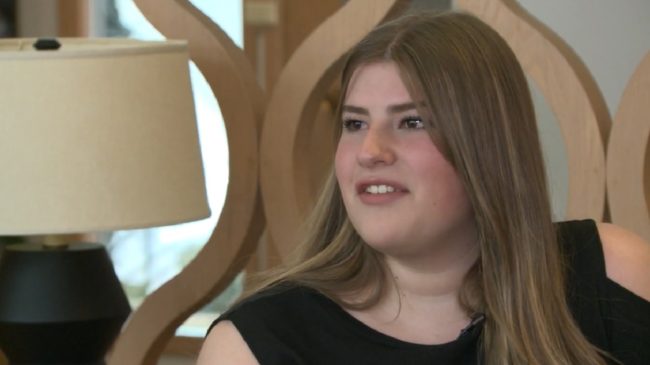 A Wisconsin high school made a transgender student’s dream come true when they chose her to be prom queen.

Nikko Nelson, a transgender woman, was crowned Homestead High School’s prom queen last week in Mequon, Wisconsin without any opposition. She told WISN that her nomination and win came as an absolute shock.

“My friend was in the hallway and she came up to me and she said ‘They said you won prom queen,’ and I was like ‘Are you being serious?’” she said.

Nelson said that early on in her life she gravitated toward more feminine traits before realizing she identified as female.

“I didn’t realize that I wanted to be a girl,” she said. “I just noticed that I had mostly girlfriends and I participated in most of the ‘girl’ activities.”

Nelson had supportive family and friends who were willing to do research and help her every step of the way.

“This was before Caitlyn Jenner, this is before everything was in the news and we really didn’t [know much.] Nikko kind of educated us about it,” said Nelson’s mom. “As much as Nikko is a transgender girl, she’s our daughter.”

While the school was overwhelmingly supportive, Nelson said that some students used the opportunity to undermine her gender identity. When one of Nelson’s friend’s campaigned for her to win prom queen, she was met with responses of: “Do you mean king?”

Overall, Nelson does not see herself as a trailblazer and thinks of herself as a normal winner who won for just being herself.

Watch WISN’s report on Nelson below: