Barring any last-minute surprises, it is likely David Porter will win a seat on the 3rd Circuit Court of Appeals 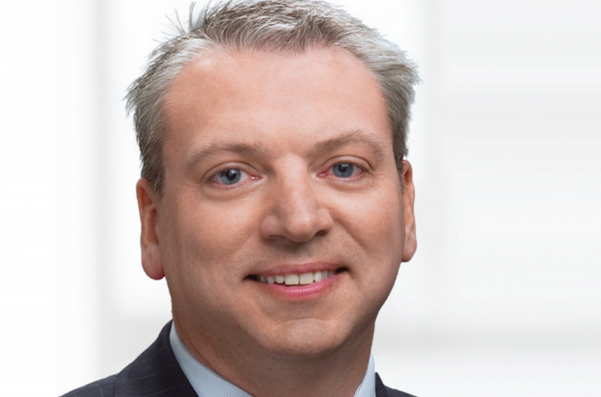 The Senate Judiciary Committee has approved yet another Trump judicial nominee with a history of anti-LGBTQ views.

Republicans approved the nomination of David Porter, a longtime Republican donor and judicial activist who belongs to the right-wing Federalist Society, for a seat on the 3rd U.S. Circuit Court of Appeals.

It came on the same day that the White House was forced to withdraw the nomination of Trump judicial pick Ryan Bounds over a controversy surrounding anti-gay, sexist, and racially insensitive articles he wrote as a college student.

Notably, just like Bounds, Porter was approved over the objections of a home state senator after U.S. Sen. Bob Casey (D-Pa.) refused to return a “blue slip” indicating his support for the nominee.

Typically, in past years, a nominee who did not earn the support of both home state senators would not have been granted a confirmation hearing, let alone guaranteed a vote.

For instance, when President Obama nominated Rebecca Haywood, she was never granted a vote because Sen. Pat Toomey (R-Pa.) allegedly objected to her judicial philosophy.

But Judiciary Chairman Chuck Grassley has instead prioritized confirming as many Republican judges to the federal judiciary as quickly as possible, often ignoring the objections of other senators and allowing very limited time to scrutinize nominees’ judicial records, past writings, or affiliations. As such, Porter seems to be on track to be confirmed, as long as senators cast their votes along partisan lines.

When it comes to LGBTQ issues, Porter appears to hold views similar to former Pennsylvania Sen. Rick Santorum. Porter praised Santorum’s 2005 book, It Takes a Family — and its emphasis on the importance of heterosexual two-parent families for raising children — as “a thoughtful articulation of conservative vision and public policy.”

The Leadership Conference for Civil and Human Rights also flagged Porter’s nomination as troubling due to his role as a trustee of Grove City College, a private religious college that does not allow its students to accept federal financial aid in order to avoid complying with Title IX and was ranked as the least LGBTQ-friendly college in the country.

At his confirmation hearing, Porter tried to downplay the role he played with the Pennsylvania Judicial Network, an organization formed, in part, to oppose the nomination of Supreme Court Justice Sonia Sotomayor to the U.S. Supreme Court.

Some liberal groups have accused Porter of co-founding the Pennsylvania Judicial Network, something he denied at his confirmation hearing, saying his involvement was limited to a “15-second introductory call” from a person affiliated with the Judicial Crisis Network, a right-wing judicial activist organization.

Porter has raised concerns among Democrats for his past writings arguing for a limited interpretation of the Commerce Clause, his skepticism of the legal basis for the decision in Roe v. Wade, his vehement opposition to the Affordable Care Act, and his refusal to answer, at his confirmation hearing, whether he felt the 1954 school desegregation case Brown v. Board of Education was “correctly decided.”

The Leadership Conference on Civil and Human Rights called the committee’s approval of Porter, as well as of an ideological peer in Britt Grant for a seat on the 11th Circuit Court of Appeals, an example of Republicans “cramming through” objectionable nominees over the objections of home state senators, despite having been burned when faced with an almost identical situation involving the Bounds nomination.

“Porter threatens civil rights including workers’ rights and access to health care,” Leadership Conference President and CEO Vanita Gupta said in a statement. “This committee vote exemplifies Senate Republicans’ complete disregard for checks and balances. They have reduced the Senate’s independent role on the judicial nominations process to a partisan rubber stamp.”

“David Porter has been, in Senator [Mitch] McConnell’s [R-Ky.] words, an ‘aggressive advocate’ working to demean and diminish the LGBT community for decades,” Sharon McGowan, the executive director of Lambda Legal, said in a statement. “His extreme world view has no place on our courts and when his nomination comes to the floor, Senate Republicans must decide if they want to protect the American people, or continue to be a rubber stamp for this Administration’s dangerous policy agenda.”

John Riley is the local news reporter for Metro Weekly. He can be reached at jriley@metroweekly.com
← Previous Story White House withdraws judicial nomination of Ryan Bounds, who wrote anti-gay, racially insensitive screeds
Next Story → Fox News pundit Star Parker claims the “B” in LGBTQ is for bestiality