Editor’s Picks: King in the Wilderness, School of Rock, Linda Eder, and more!

By Randy Shulman on January 17, 2019 @RandyShulman 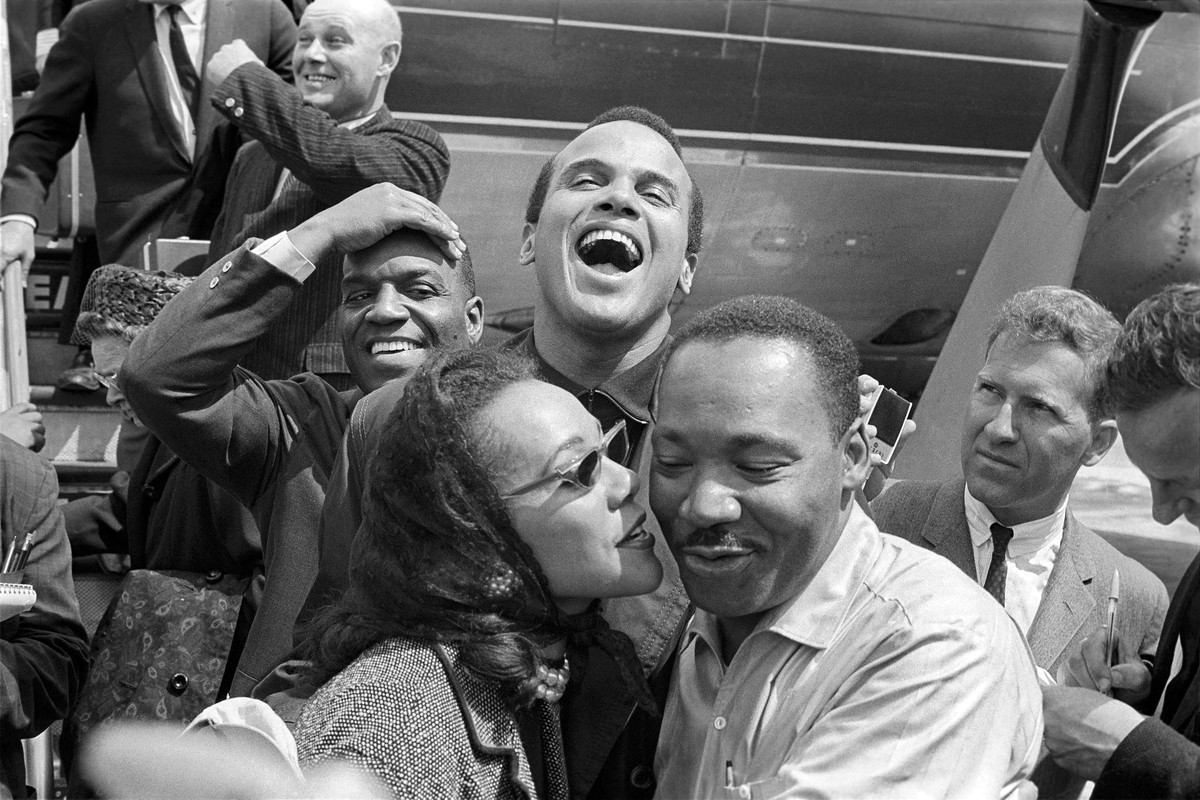 King in the Wilderness

KING IN THE WILDERNESS 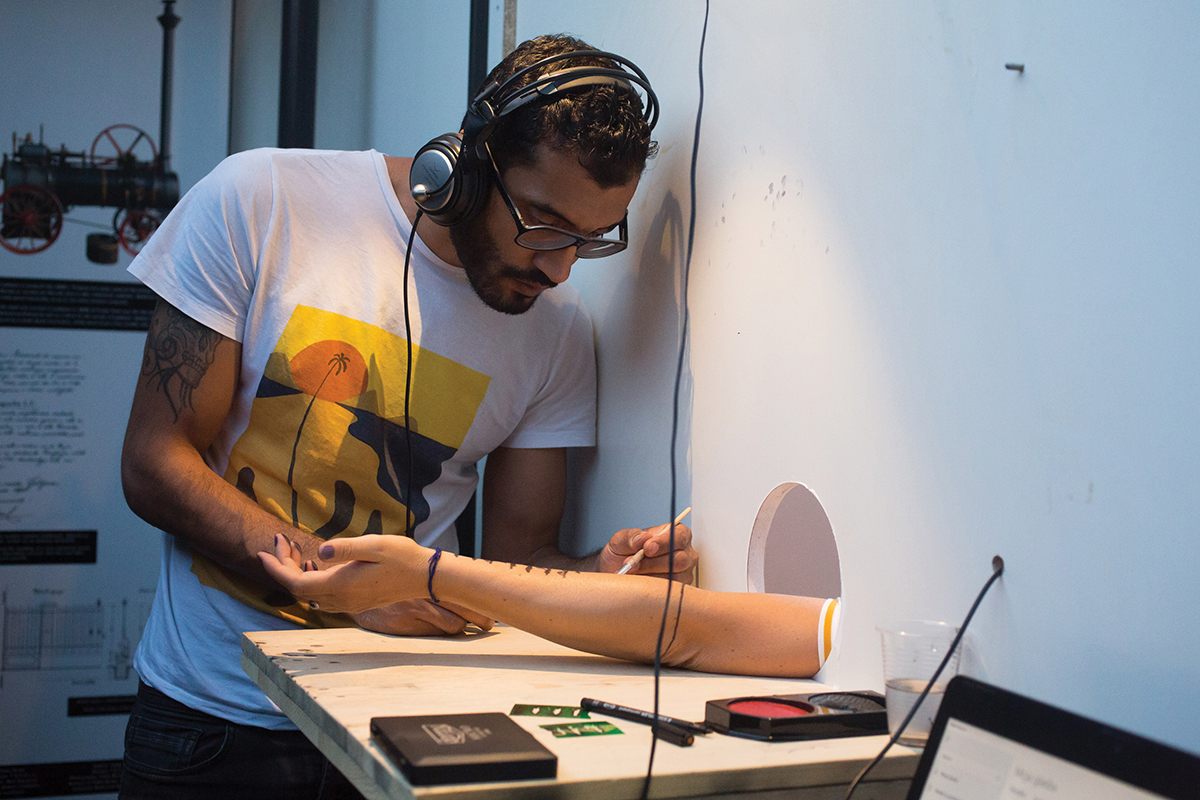 As Far As My Fingertips Take Me — Photo: Nada Zgank

AS FAR AS MY FINGERTIPS TAKE ME

Woolly Mammoth presents an “intimate theater-for-one experience” that Tania El Khoury designed around a rap song she commissioned from musician and street artist Basel Zaraa, a Syrian refugee. Theatergoers who want to experience the work must give permission for Zaraa to draw on their arm while listening to his song, which tells of the migration of his sisters from Damascus to Sweden. After a designated 15-minute block of time, each patron will walk away with art on their body that they can wash away (or not). There will be 16 performances per day with tickets released exclusively via a digital lottery through TodayTix.com and winners notified weekly on Fridays by the Woolly Mammoth box office to confirm their performance time. Through Feb. 3. Woolly Mammoth, 641 D St. NW. Tickets range from $15. Call 202-393-3939 or visit www.woollymammoth.net.

RENÉE FLEMING WITH THE NSO

NSO Music Director Gianandrea Noseda leads a program with the music of and inspired by Schubert and featuring a world-renowned soprano. Specifically, Fleming joins to perform six orchestrated versions of Schubert’s Lieder, which will be interspersed with the Overture and two of the entr’actes from Rosamunde. Luciano Berio’s Rendering, an original work based on material that Schubert sketched for a tenth symphony, closes out the concerts. Friday, Jan. 18, at 8 p.m., and Sunday, Jan. 20, at 3 p.m. Kennedy Center Concert Hall. Tickets are $15 to $89. Call 202-467-4600 or visit www.kennedy-center.org. 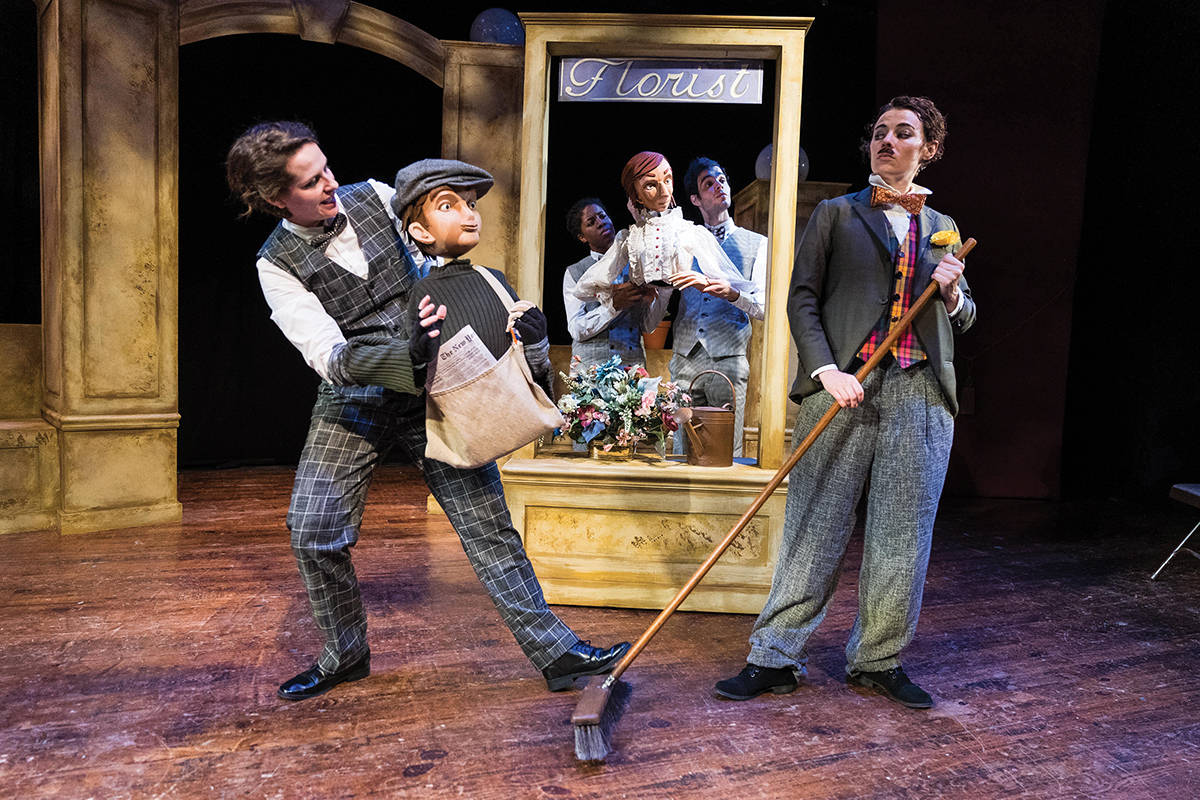 Pointless Theatre Company’s latest spectacle blurs the lines of puppetry, theater, dance, music, and the visual arts in a “nostalgic valentine” to Charlie Chaplin’s City Lights. Considered the highest accomplishment of Chaplin’s career and also featuring his first-ever film score, the 1931 silent classic follows the misadventures of The Tramp, who falls in love with The Blind Woman and develops a turbulent friendship with an alcoholic millionaire. Kerry McGee and Sharalys Silva lead a seven-member acting ensemble. Weekends to Feb. 9. Dance Loft on 14, 4618 14th St. NW, 2nd Floor. Tickets are $32, or $20 in previews. Call 202-621-3670 or visit www.danceloft14.org. 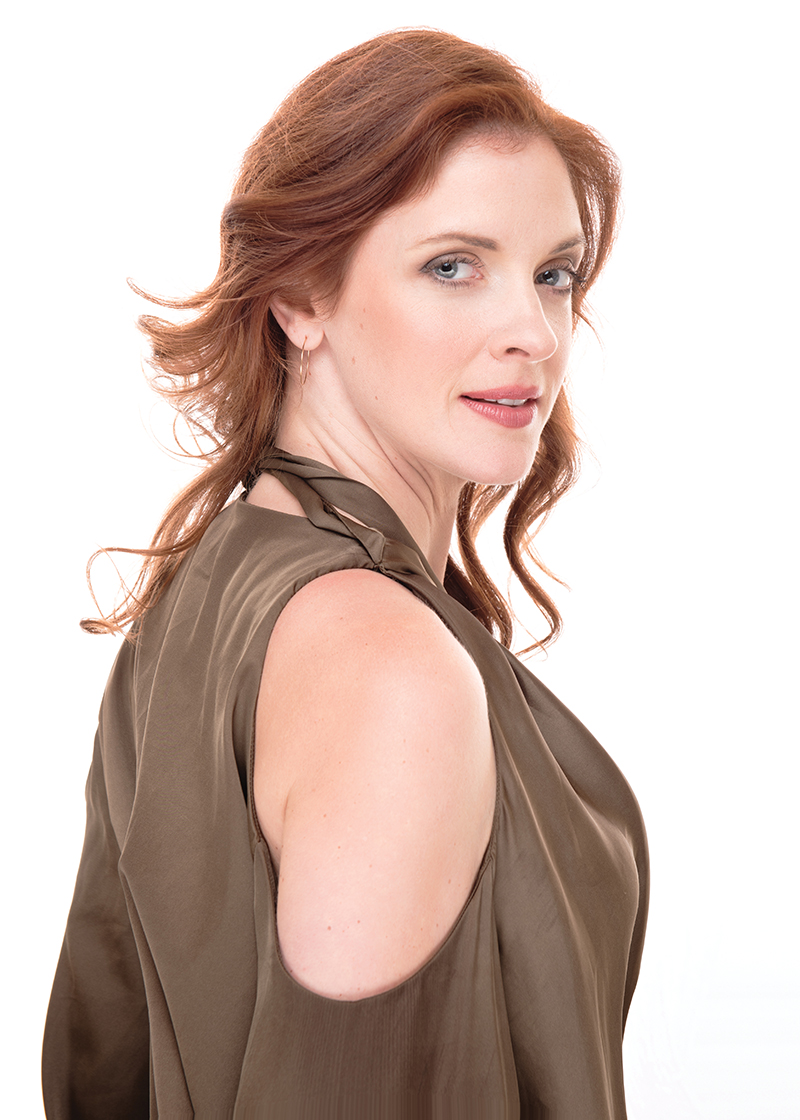 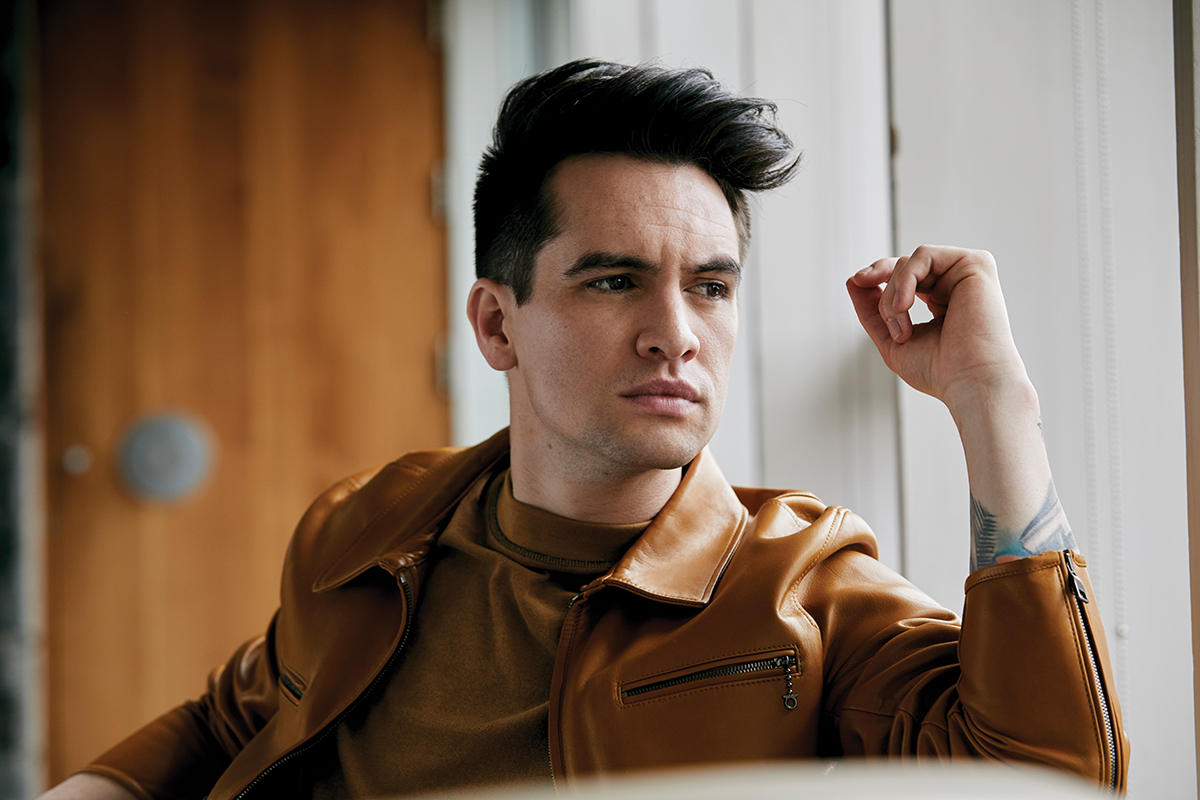 PANIC! AT THE DISCO

Even before he came out as pansexual last summer, Brendon Urie was a known LGBTQ rights advocate. An emphatic lead singer and multi-instrumentalist, Urie is the only remaining original member of the Vegas-originated rock band. The current tour supports their sixth full-length album, Pray For The Wicked, which betrays influences from Broadway and Urie’s unexpected, nearly back-to-back turns in Kinky Boots and SpongeBob SquarePants in 2017. Opening sets by Two Feet, the alias of troubled James Blake-esque singer-songwriter Bill Dess, and Betty Who, one of the millennial LGBTQ generation’s leading divas. Sunday, Jan. 20, at 7 p.m. Capital One Arena, 601 F St. NW. Call 202-628-3200 or visit www.capitalonearena.com. 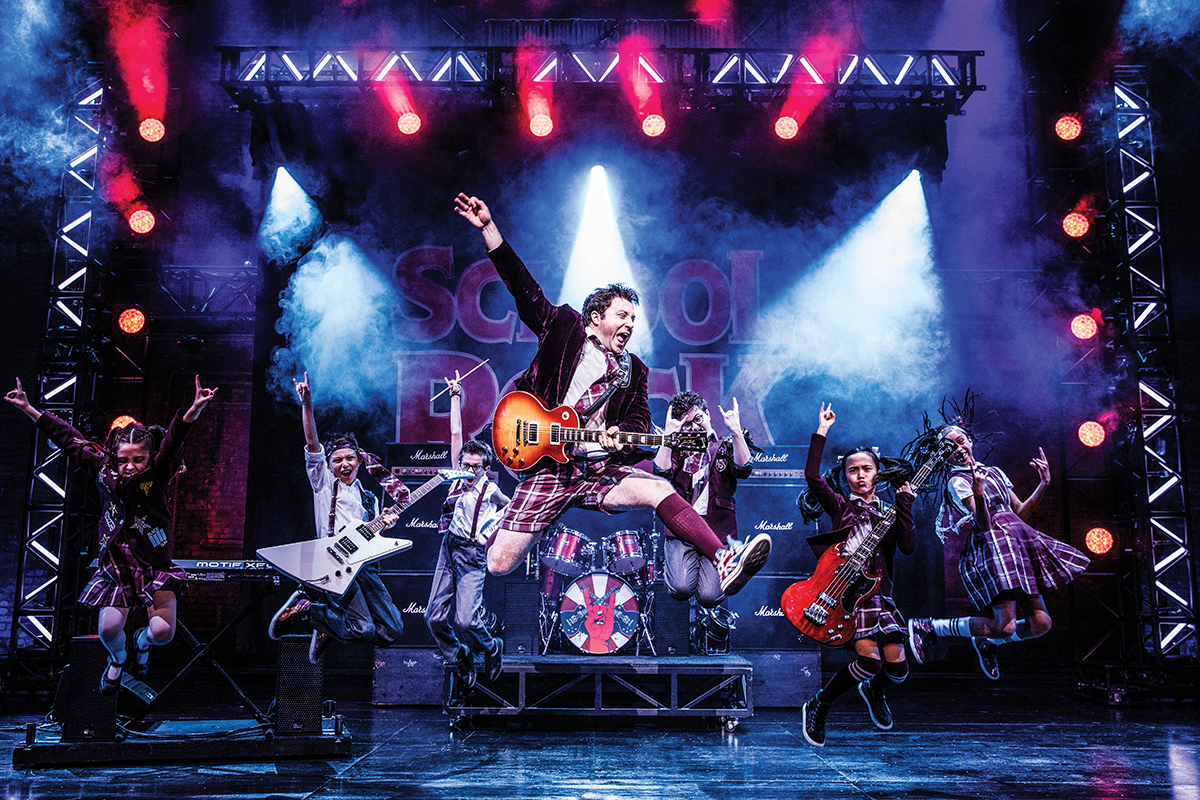 SCHOOL OF ROCK: THE MUSICAL

An out-of-work, wannabe rock star poses as a substitute teacher to corrupt a class of straight-A students into giving up their academic pursuits for a hard-partying life of rock. The 2003 film comedy, directed by Richard Linklater and starring Jack Black, is reportedly “the highest grossing music-themed comedy of all time.” Sir Andrew Lloyd Webber snapped up the stage rights, enlisting Downton Abbey creator Julian Fellowes to write the book and Glenn Slater to fashion lyrics to 14 new Webber songs. To cap it off, all that music in this very musical show is performed by those kid rockers in what is billed as the musical theater world’s first-ever kids rock band playing live on stage. Rock on. Through Jan. 27. National Theatre, 1321 Pennsylvania Ave. NW. Call 202-628-6161 or visit www.thenationaldc.org. 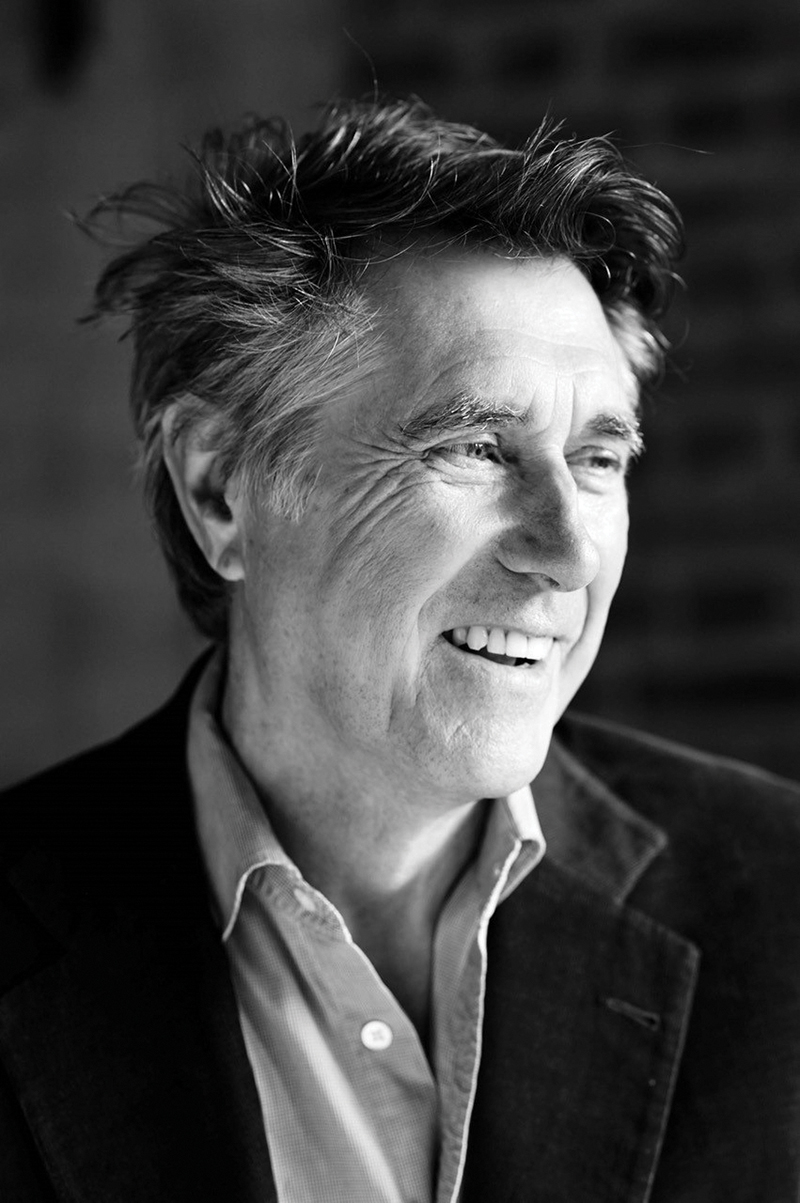 In March, this stylish British pop/rock artist will be inducted into the Rock & Roll Hall of Fame for co-founding Roxy Music. Although never chart-topping hitmakers in the U.S., the pioneering glam-rock/synth-pop act was heralded by the rock critic for The Guardian in 2005 as second only to the Beatles as the most influential British band — and one whose influence extends from the Sex Pistols to Duran Duran to the Killers. In recent years, Ferry has generated buzz through his namesake jazz orchestra and its rearrangements of Roxy hits as well as those from Ferry’s solo career, including “Don’t Stop The Dance” and “Slave To Love. Later this year, Ferry embarks on a world tour on which he’ll continue to revisit songs from his rich repertoire, including “More Than This” Avalon, the 1982 studio album that stands as the best-selling work from Roxy Music. Tickets go on sale Friday, Jan. 18, at 10 a.m., for a Tuesday, Aug. 13, concert at The Anthem, 901 Wharf St. SW. Tickets are $75 to $250. Call 202-888-0020 or visit www.theanthemdc.com. 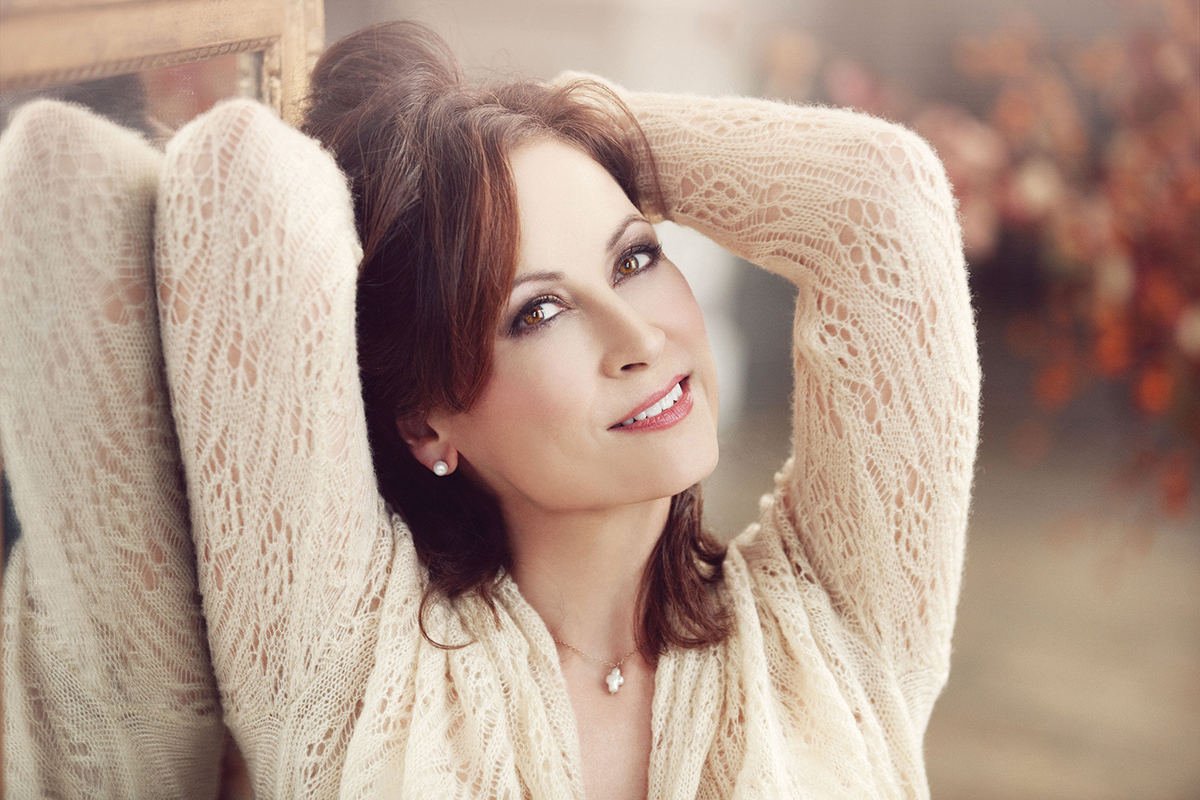 She first came to fame as a 12-week winner on the 1987 season of TV’s Star Search, and went on to star in the original Broadway production of Jekyll & Hyde. Since then, Linda Eder has made singing pop standards and showtunes in a cabaret-style setting her thing. In 2005, teamed up with the London Symphony Orchestra to release the audacious and magnificent tribute to her childhood idol and fellow Minnesotan, By Myself: The Songs of Judy Garland. Eder has become one of the most gifted song interpreters and cabaret artists around, so much so that a Chicago Tribune reviewer has remarked, “Who needs a Broadway show when you’ve got Linda Eder?” Friday, Jan. 25, at 8 p.m. The Barns at Wolf Trap, 1635 Trap Road, Vienna. Tickets are $50 to $55. Call 877-WOLFTRAP or visit www.wolftrap.org. 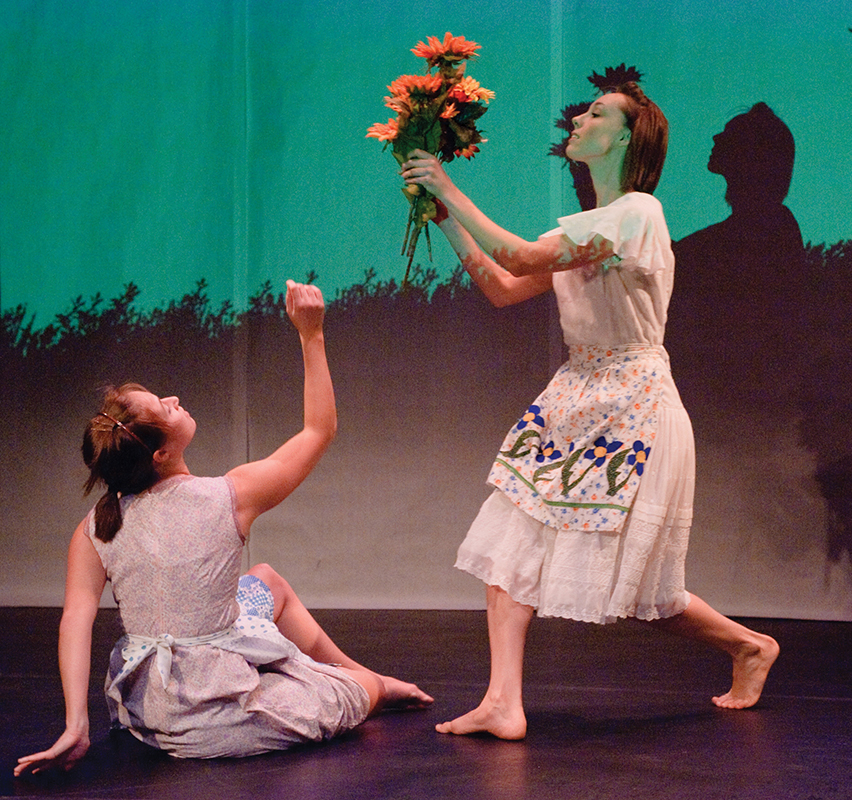 A gust of wind blows one of reclusive 19th-century poet Emily Dickinson’s poems in the way of a mouse in this dance-theater piece adapted from Elizabeth Spires’ book The Mouse of Amherst. Moved by Dickinson’s evocative words, the mouse is determined to become a poet herself. Set to the music of Mark Sylvester and Paul Musso, with animation by media artist Bryan Leister developed from images of Dickinson’s actual home furnishings, Mouse in House is a family-friendly performance for the young and young-at-heart and features company dancers Emily Crews, Andie deVaulx, Amy Scaringe, and Kelsey Rohr. A brief performance by students from CMI Kidz opens the show on Saturday, Jan. 19, with students from Perfect Pointe Dance Studio following suit on Saturday, Jan. 26, and those from Melina’s Dancing Garden doing the same on Saturday, Feb. 2. All shows at 4 p.m. Theatre on the Run, 3700 South Four Mile Run Dr. Arlington. Tickets are $10 to $15. Call 703-933-1111 or visit www.janefranklin.com. 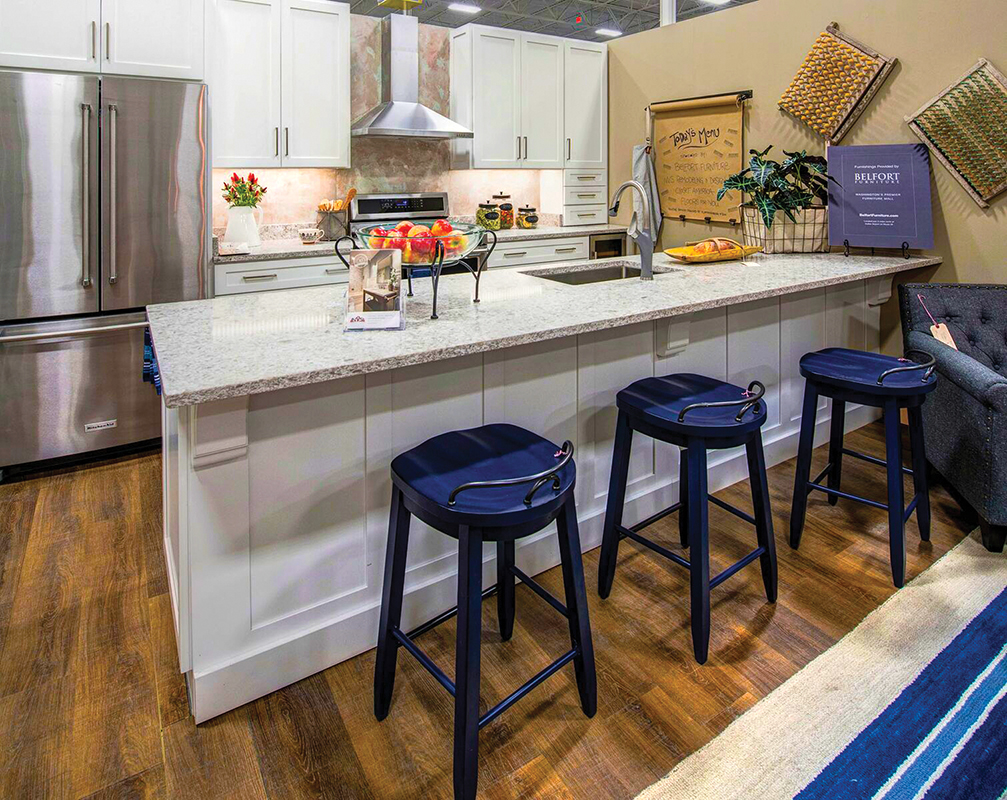 TV designers John Gidding of TLC’s Trading Spaces and Tyler Wisler of HGTV’s Design Star headline this weekend’s home show at the Dulles Expo Center, where more than 300 corporate vendors will showcase the latest products and services in remodeling, renovation, décor, and redesign. Gidding leads three hour-long “Incorporating Art and Design” discussions (Friday, Jan. 18, at 4 p.m., and Saturday, Jan. 19, at noon and 3 p.m.), while Wisler focuses on “10 Design Tips & The Do’s & Don’ts of Design” in four hour-long sessions (Friday, Jan. 18, at 6 p.m., Saturday, Jan. 19, at 1 p.m. and 4 p.m., and Sunday, Jan. 20, at noon). In addition to Gidding and Wisler, the Main Stage offers a full schedule of local experts offering advice on specific topics including “Luxury Design on a Budget” with Daniels Design & Remodeling, “Scandinavian Design” led by Jonas Carnemark, and “Don’t Get Burned! Overcoming The Obstacles” by Kayla Shoff and Rachel Mignogna of Foster Remodeling. Additionally, there are Designer Rooms created by area interior designers and a Make-It, Take-It DIY Station sponsored by the Falls Church-based crafts store Stylish Patina. Show hours are Friday, Jan. 18, and Saturday, Jan. 19, from 10 a.m. to 9 p.m., and Sunday, Jan. 20, from 10 a.m. to 6 p.m. Dulles Expo Center, 4320 Chantilly Shopping Center, Virginia. Tickets are $9 to $12 per day. Call 703-378-0910 or visit www.capitalhomeshow.com.