Kenneth Lin's Kleptocracy offers clever politics, but is let down by cheap imagery and a bland central performance

Intended as a darkly wry, mildly existential commentary on the rise of Vladimir Putin amid the excesses of the Russian oligarchs, Kenneth Lin’s Kleptocracy (★★) is clever but somewhat hard to pull off.

There is a strong narrative thread here with Lin’s vignettes essentially tracking the meteoric rise of oil-tycoon Mikhail Khodorkovsky and the arrival on the political scene of the seemingly mild-mannered former KGB agent Putin. While Khodorkovsky gets richer and more politically ambitious, Putin becomes subtly ominous, coming and going like the Grim Reaper at a party, dropping sometimes clever, sometimes obtuse clues to a puzzle only a Russian could understand. When the United States tries to negotiate a lucrative deal with Khodorkovsky, ideologies collide like grinding gears and Putin reveals himself to be a lot smarter and more ruthless than perhaps anyone expected.

But this is no history lesson. Instead, events are posited not so much to tell the story, but rather as points of cerebral departure. Every scene and every word bubbles with symbol and allegory, with Lin’s characters delivering a kind of running expository when they are not waxing existential.

It is certainly intellectually stimulating and occasionally — thanks to a very dry-witted Putin — amusing, but with so much going on, a play like this needs not just a strong, but a nimble vision. Put simply, it calls for the kind of energy, dexterity and unfettered imagination that allows a company like Woolly Mammoth, for instance, to bring the goods on so much of their outré fare. Director Jackson Gay covers the ground at Arena Stage’s production, but despite some strong performances, things fail to fizz, with more of the color and imagination coming from Nicholas Hussong’s snazzy projections than the dynamics on stage.

Matters are not helped by Max Woertendyke’s one-dimensional Khodorkovsky (appearing in a parade of unconvincing hairdos signaling his status and age). Although he has energy and charisma, Woertendyke keeps his Khodorkovsky at the same “actorly” pitch throughout. There simply isn’t enough variation or nuance. If it is intended to emphasize Khodorkovsky as symbol versus plain-old-man, it nevertheless gets tiresome. That said, it doesn’t all fall on Woertendyke’s doorstep; Lin doesn’t give him much to work with besides a penchant for edicts. Reference is made to his Jewish heritage, for example, but Lin makes no exploration of just how important this might be in a country with a long anti-semitic history and how it might inform Khodorkovsky’s callousness towards fellow Russians, his hunger for power, or Putin’s animosity.

As unfortunate as this is, much is salvaged in some of the other performances here, which manage to be fun or engaging while they deliver Lin’s messaging. Case in point is Candy Buckley’s White House Official. Sounding like it might have been written for a man (hats off to director Gay for casting Buckley if that is the case), she takes it and runs. Arriving to broker U.S. corporate and political interests in cutting an oil deal with Khodorkovsky, the Official is keenly aware of the political complexities and jostling in the “new” Russia. Playing to the crowd, Buckley uses masterful emphasis to suggest the meaning behind her words while channeling some hilarious swagger, delivering the perfect blend of comical bravado and cynical savvy. It’s the kind of bold choice that rewards a patient audience — truly vital in a play that vacillates between toying with the obtuse and talking inside political baseball.

Another standout is Christopher Geary, delivering his Putin — the man and the myth — with a knowing, urbane, and amusingly deadpan spin. To his credit, Geary seamlessly manages Lin’s complex portrait, drawing Putin by turns as observant cypher, cool sociopath, and eccentric who enjoys spouting existential poetry and speaking in riddles. Had there been chemistry with Khodorkovsky, things might have really taken off.

As Inna Khodorkovsky, the second wife of the tycoon Khodorkovsky, Brontë England-Nelson provides a believable blend of grit and angst, even if — through no fault of her own — Lin’s opening scene in which a young Khodorkovsky woos/stalks her is toe-curlingly unconvincing. As the play ends, Lin’s purpose for this early scene becomes clear, but if it works in retrospect, it certainly doesn’t when actually viewed.

Which leads to a further quibble: between Khodorkovsky’s repulsive attempts to control the young, half-starving Inna and Putin’s savoring of poetry about the large derriere and “smell of a voluptuous tart,” Lin dips into the kind of territory occupied almost exclusively by male writers who think nothing of expressing their important ideas at the expense of women’s dignity. Women may no longer be men’s chattel in law, but they certainly remain their chattel in entertainment — even if it is dressed up as metaphor or symbol in a sophisticated political play. This isn’t a drama about gender or sexual politics, so what does making reference to odorous “tarts” do that other imagery can’t? It feels like a cheap attempt to keep the audience awake and it’s beneath everyone.

Such hobbyhorses aside, those thrilled to find a play on such a niche subject will likely be content to ignore the flaws and enjoy Lin’s obvious expertise and brainy flair. Those less engaged with the politics will have to settled for a few good performances and some insight into just how much “meddling” there has always been between the world’s current, and former, superpowers. 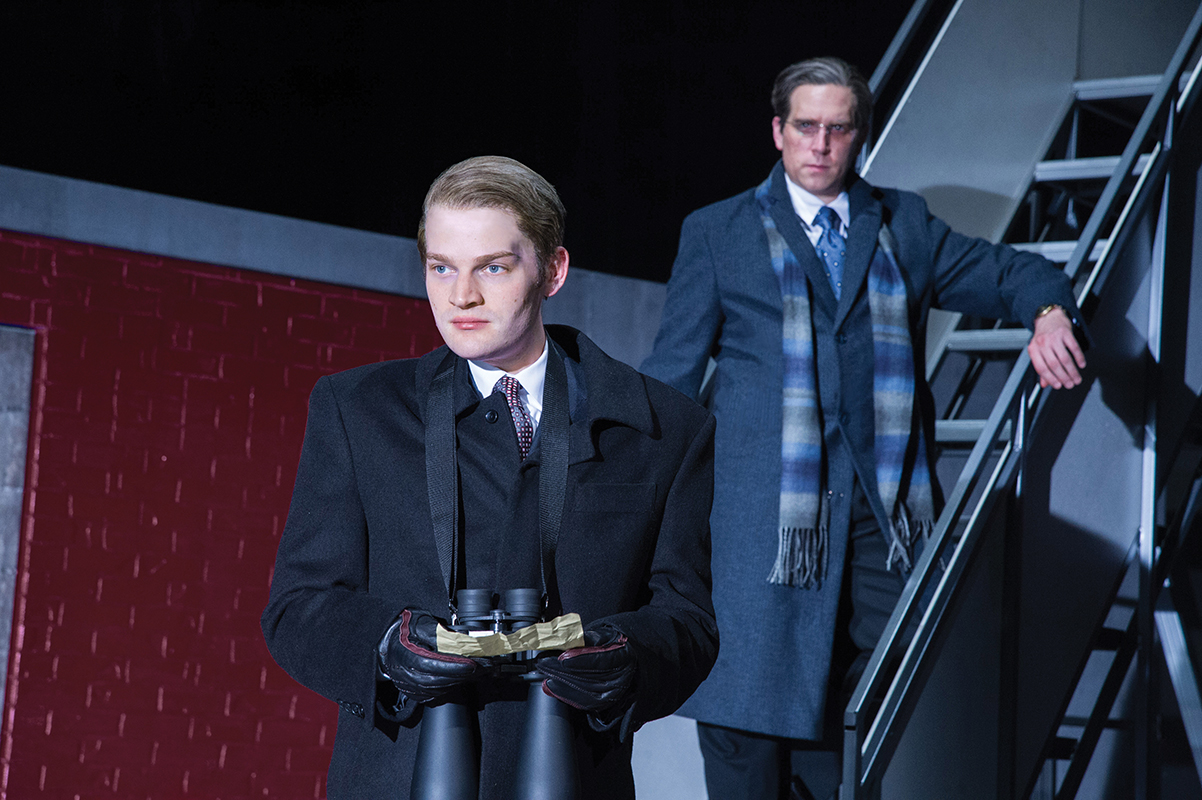