LGBTQ organizations slammed the ban, calling it a "stain on our nation's history" 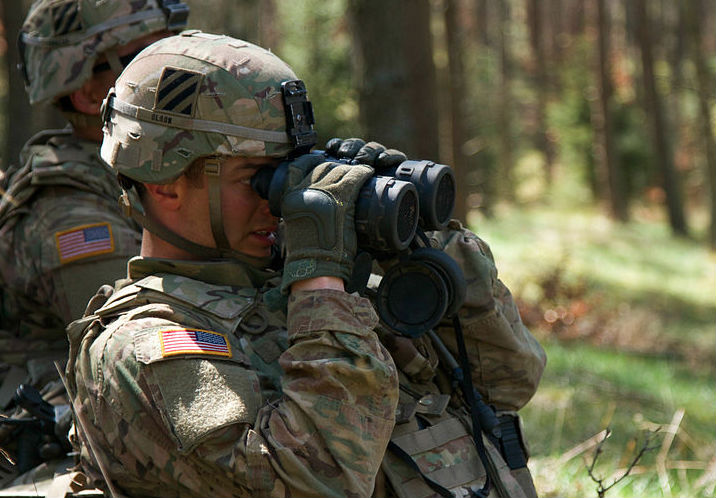 Donald Trump’s ban on transgender people serving in the military has gone into effect, almost two years after he first tweeted about it.

The controversial Pentagon policy, which has been lambasted by LGBTQ organizations, politicians, and military professionals, and is widely opposed by the American public, came into effect today, April 12.

The policy prevents transgender troops from serving openly in their preferred gender unless they have already been diagnosed with gender dysphoria or have medically transitioned.

It also bans new recruits from enlisting if they have been diagnosed with gender dysphoria and received medical treatment — such as hormone therapy or gender confirmation surgery.

However, those diagnosed with gender dysphoria who have not begun to transition will be allowed to join, but must serve in their biological sex, effectively forcing transgender people who wish to serve in the military back into the closet.

The policy has undergone multiple revisions since Trump first announced it by tweet in 2017, claiming that a ban was necessary to save the military from being “burdened with the tremendous medical costs and disruption that transgender in the military would entail.”

Those arguments have been repeatedly debunked, and multiple lawsuits have sought to prevent the ban from being implemented, but the last injunction to the ban was lifted last month, paving the way for its introduction.

LGBTQ organizations have slammed the administration for powering ahead with the ban.

“At this difficult moment for transgender service members and those wishing to serve their country, every transgender patriot should know that a grateful nation supports you,” said HRC National Press Secretary Sarah McBride in a statement. “The Trump-Pence transgender troop ban is dangerous for both transgender people and our national security, which is why a bipartisan chorus of members of Congress, leading military experts and overwhelming majorities of Americans oppose this despicable policy. The fact that a service member who came out on Thursday can continue to serve openly while a service member who comes out on Monday can’t only reinforces the cruel and arbitrary nature of this ban.”

“For more than two years, transgender people have been serving in the military openly and honorably,” said HRC President Chad Griffin. “The implementation of Donald Trump and Mike Pence’s trans troop ban is a stain on our nation’s history. While the immediate harm of this policy is significant, we will continue to fight in the courts, on the streets and at the ballot box for dignity and fairness for all transgender people.”

OutServe-SLDN, SPARTA, and the American Military Partner Association (AMPA), the nation’s three key advocacy and support organizations for our LGBTQ military, veteran, and military family communities, all issued statements slamming the ban and the dubious reasons for its introduction.

“By taking steps to implement its ban on open and authentic military service, the Trump-Pence Administration has definitively affirmed that when it comes to our national security, they hold unsubstantiated and discriminatory claims as more important than effectively and efficiently completing the mission,” said OutServe-SLDN Executive Director Andy Blevins. “Our transgender siblings-in-arms and future warriors have proven time and again that they are committed, that they are ready, and that they are able to selflessly and effectively serve our nation. We will continue to fight until open and authentic military service is the law of the land – our service members deserve it and our country needs it.”

SPARTA President Blake Dremann said the organization stood “firmly with our members and the thousands of transgender troops serving bravely across the globe.”

He continued: “While the new policy may go into effect soon, it does not remove or lessen the contributions we continue to provide in the defense of our Nation. We look forward to a time when service members are judged solely on their capability to complete the mission. We will continue to work to make that a reality.”

Ashley Broadway-Mack, president of AMPA, called the start of the ban “an incredibly dark chapter in our nation’s history,” and slammed Trump for implementing “an unconscionable ban on our brave transgender service members and qualified recruits who want to serve.”

“This horrific policy is even more cruel than ‘Don’t Ask, Don’t Tell’ because the Pentagon explicitly told these service members it was finally safe to come out — and now they are being targeted for discrimination,” Broadway-Mack said. “We emphatically condemn this unconscionable transgender military ban because it undermines military readiness, destroys unit cohesion, betrays our service members and is based on nothing more than blatant bigotry.”