Taylor Swift celebrates LGBTQ people, GLAAD, and slaps down homophobia in new song “You Need To Calm Down” 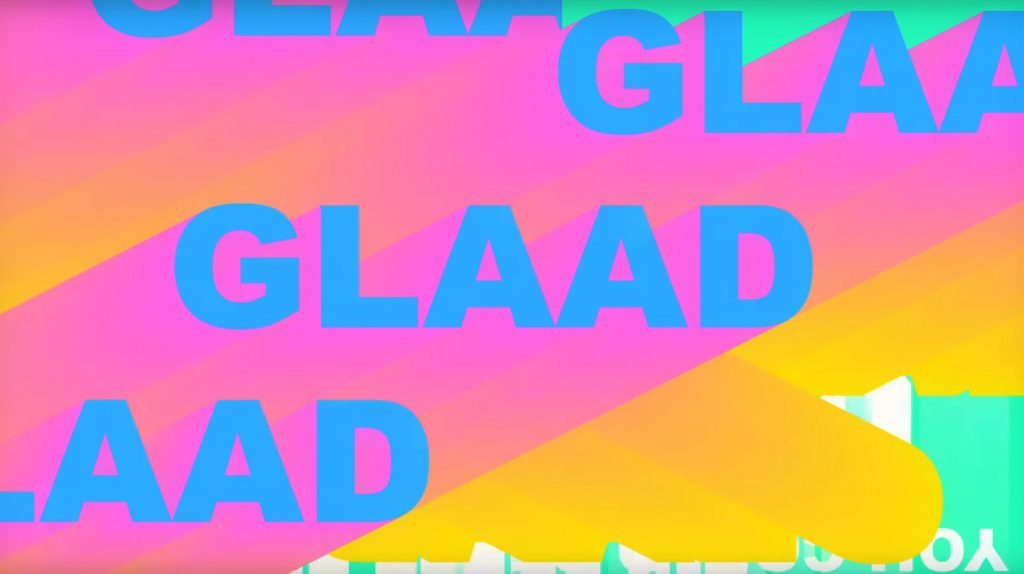 Photo: You Need To Calm Down / Vevo

Taylor Swift is celebrating Pride Month and the LGBTQ community with the release of the second single from her forthcoming album Lover.

In new song “You Need To Calm Down,” Swift shouts out LGBTQ people and Pride Parades, while rebuking those who preach hate and homophobia.

Swift even name-checks LGBTQ media advocacy organization GLAAD in the song, which also references those who attack her and men who judge women anonymously on the internet.

“You are somebody that we don’t know/But you’re coming at my friends like a missile/Why are you mad?/When you could be GLAAD?” Swift sings on the track.

She continues: “Sunshine on the street at the parade/But you would rather be in the dark ages/Making that sign/Must have taken all night.”

“Cause shade never made anybody less gay,” Swift adds.

GLAAD celebrated the name-check, with Anthony Ramos, GLAAD’s director of talent engagement, praising Swift for being a “true” ally.

“Taylor Swift is one of the world’s biggest pop stars,” Ramos said in a statement. “The fact that she continues to use her platform and music to support the LGBTQ community and the Equality Act is a true sign of being an ally. ‘You Need to Calm Down’ is the perfect Pride anthem, and we’re thrilled to see Taylor standing with the LGBTQ community to promote inclusivity, equality, and acceptance this Pride month.”

Swift reportedly made a “very generous” donation to GLAAD on June 1, the start of Pride Month, with the organization thanking her at the time for helping it fund “campaigns that fight back against the current rise of hate and discrimination and also accelerate acceptance of LGBTQ people.”

GLAAD President and CEO Sarah Kate Ellis said Swift was continuing to “use her platform to speak out against discrimination and create a world where everyone can live the life they love.

“GLAAD is so thankful for her donation to support our advocacy efforts and for her ongoing work to speak out for what is fair, just, and LGBTQ inclusive,” Ellis said at the time. “In today’s divisive political and cultural climate, we need more allies like Taylor, who send positive and uplifting messages to LGBTQ people everywhere.”

By shouting out GLAAD in “You Need To Calm Down,” Swift has also apparently kicked off a wave of donations to the organization, which reported an uptick in $13 donations — Swift’s favorite number is apparently 13 — in the hours after the song’s release.

“GLAAD has seen an influx in small donations in the amount of $13, likely in reference to Taylor’s favorite number,” the organization said in a press release, noting that they had started a Facebook fundraiser with a goal of $1,300 — again, 13 for Swift — to further support their work.

With “You Need To Calm Down,” Swift is continuing a recent streak of advocacy and political engagement that the singer had previously shied from.

In particular, Swift has lobbied against efforts by Republicans in Tennessee to pass a slate of anti-LGBTQ bills.

In April, Swift donated $113,000 to the Tennessee Equality Project to help the LGBTQ organization fight against the so-called “Slate of Hate,” with Swift writing a letter to Executive Director Chris Sanders telling him she is “so inspired by the work you do.”

Swift, who comes from Tennessee, also shared on Instagram that she had written to Sen. Andrew Lamar Alexander Jr. (R-Tenn.) to ask him to support the pro-LGBTQ Equality Act.

“Our country’s lack of protection for its own citizens ensures that LGBTQ people must live in fear that their lives could be turned upside down by an employer or landlord who is homophobic or transphobic,” Swift wrote on Instagram. “The fact that, legally, some people are completely at the mercy of the hatred and bigotry of others is disgusting and unacceptable.

“Let’s show our pride by demanding that, on a national level, our laws truly treat all of our citizens equally.”

Swift also announced that she had started a Change.org petition to urge lawmakers to support the Equality Act. As of writing, more than 180,000 people have signed the petition.

🌈HAPPY PRIDE MONTH!!!🌈 While we have so much to celebrate, we also have a great distance to go before everyone in this country is truly treated equally. In excellent recent news, the House has passed the Equality Act, which would protect LGBTQ people from discrimination in their places of work, homes, schools, and other public accommodations. The next step is that the bill will go before the Senate. I’ve decided to kick off Pride Month by writing a letter to one of my senators to explain how strongly I feel that the Equality Act should be passed. I urge you to write to your senators too. I’ll be looking for your letters by searching the hashtag #lettertomysenator. While there’s no information yet as to when the Equality Act will go before the Senate for a vote, we do know this: Politicians need votes to stay in office. Votes come from the people. Pressure from massive amounts of people is a major way to push politicians towards positive change. That’s why I’ve created a petition at change.org to urge the Senate to support the Equality Act. Our country’s lack of protection for its own citizens ensures that LGBTQ people must live in fear that their lives could be turned upside down by an employer or landlord who is homophobic or transphobic. The fact that, legally, some people are completely at the mercy of the hatred and bigotry of others is disgusting and unacceptable. Let’s show our pride by demanding that, on a national level, our laws truly treat all of our citizens equally. 🌈🌈🌈🌈🌈🌈🌈🌈🌈🌈🌈🌈🌈 Click the link in my bio to sign the petition for Senate support of the Equality Act.