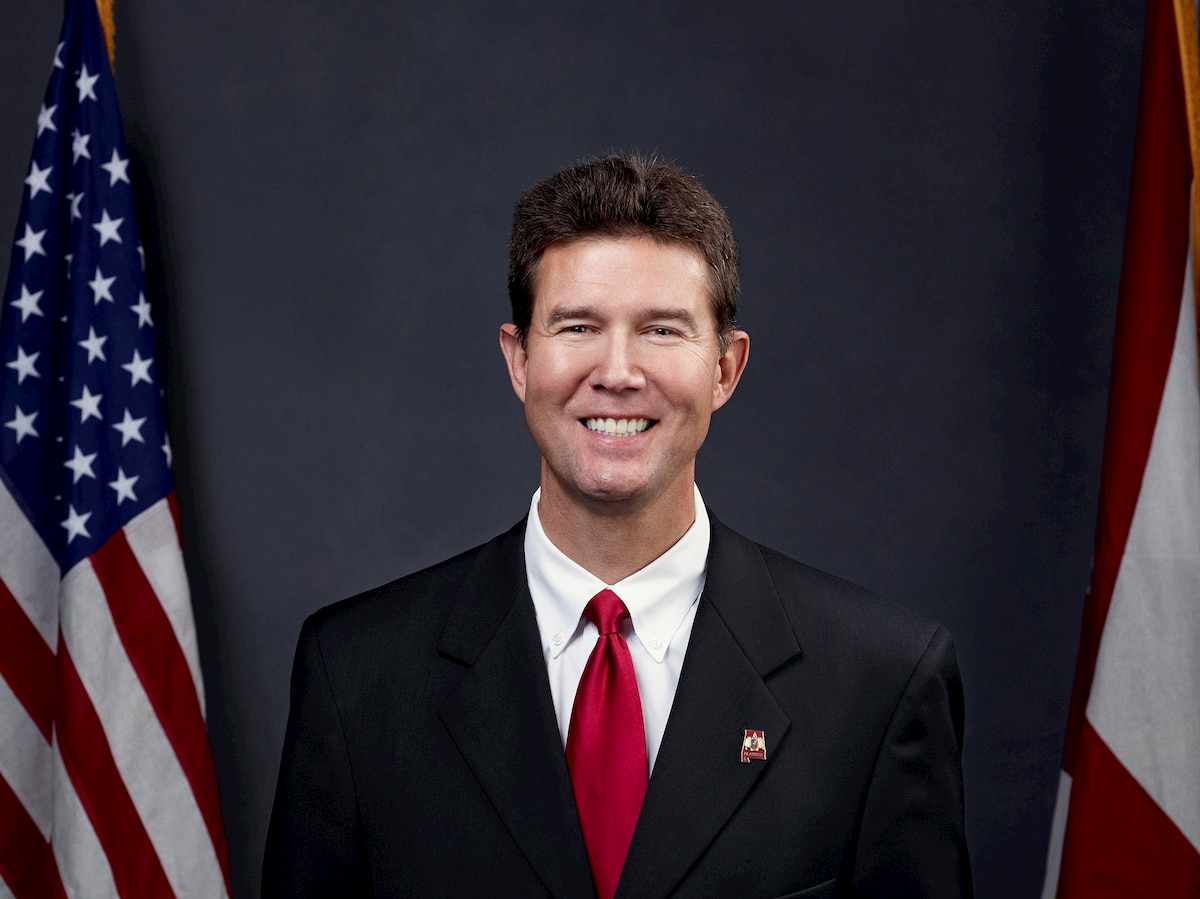 Merrill, a Republican, made the comments during a campaign stop at the Dekalb County Republican Breakfast Club for his 2020 U.S. Senate run, Yellowhammer News reports.

Responding to a question about America’s cultural decline, Merrill said that pop culture — including television — was partly to blame.

“[T]hat’s what we’ve allowed to happen,” Merrill said. “How have we allowed it to happen? There are no more good TV shows on like Gunsmoke, Bonanza, The Virginian, Andy Griffith, I Love Lucy. We don’t have those shows anymore. We’re too interested in homosexual activities.

“We’re too interested in seeing how this family’s finding a way to mess on this family or to see how people are trying to date on TV, or having wife-swapping on TV. That’s what we watch,” he continued. “When we push back against that, and we quit allowing it to be in our homes — that’s how those changes have occurred because we’ve allowed them to slowly but surely come into our lives.”

Speaking to AL.com after news broke of his comments, Merrill doubled down on his argument and said that America’s “foundational principles” were gone.

“The foundational principles which we have grown up as a nation are no more,” he said. “There’s no more TV shows like Gunsmoke or Bonanza or The Virginian or I Love Lucy or Andy Griffith. [I] said people are too interested in homosexual activities. They’re too interested in the wife swap TV shows and the shows that are not morally uplifting. That’s the problem.”

Asked by AL.com to clarify his comments, Merrill said he “meant what I said.”

“People are too interested in anything that is not uplifting, edifying,” he said. “They’re too busy being preoccupied with homosexual activities and the wife swap shows.”

Declining to note specifics of ways in which Americans are too preoccupied with gay people, Merrill bemoaned the loss of shows “based on biblical foundations” which promote “family and culture with a father, a mother and children based on biblical teachings and biblical principles on which our nation was founded.”

Merrill is running for the Republican nomination against a number of other candidates, including known homophobe and accused child molester Roy Moore, who announced his candidacy last month.

The future nominee will face Sen. Doug Jones (D), who bested Moore in a special election in 2017.

Alabama has had a number of notable anti-LGBTQ moments so far this year. Earlier this month, a mayor who said that gays should be executed resisted calls to resign and announced he would seek reelection.

Also in July, it was revealed that a sheriff’s deputy who resigned after posting homophobic comments in response to the suicide of a gay teen had been hired a police officer in a nearby town.

And just the week prior, news broke that a pastor in Alabama known for his anti-gay rants had broken down in front of his congregation and confessed to molesting an underage boy. He was later charged with four counts of sexual abuse.

In May, Alabama’s Republican politicians decided that it would be easier to abolish marriage licenses entirely, rather than force homophobic probate judges to issue them to same-sex couples.

And that same month, Alabama Public Television announced it had banned an episode of PBS animated cartoon Arthur that contained a same-sex wedding, arguing that it would be “a violation of trust” to broadcast it.

Also Read: The Sims 4 will feature a same-sex couple on its cover for the first time

Rhuaridh Marr is Metro Weekly's managing editor. He can be reached at rmarr@metroweekly.com.
← Previous Story The Sims 4 will feature a same-sex couple on its cover for the first time
Next Story → Gay man attacked outside North Dakota bar in possible hate crime