Bowles was convicted of six murders in 1994 in which he targeted, befriended, and then killed gay men 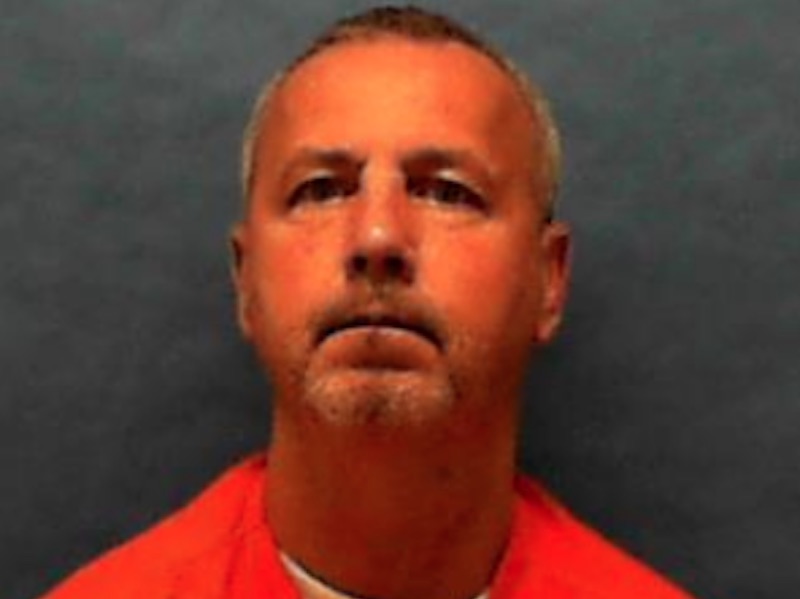 The serial murderer known as the “I-95 killer” who targeted and killed six gay men – including a Naval World War II veteran —  in three different states was executed in Florida on Thursday evening.

Gary Ray Bowles, 57, was killed by lethal injection at Florida State Prison in Raiford, Fla. While the execution had originally been scheduled for 6 p.m., it was temporarily stalled while Bowles’ lawyers and prison officials waited to hear whether his appeal of the death sentence to the Supreme Court would be granted or rejected.

According to the Daytona Beach News-Journal, Bowles woke up on Thursday morning “in good spirits” and did not request to see any family or a spiritual advisor, said Michelle Glady, a spokeswoman for the Florida Department of Corrections.

Bowles was convicted of murdering three Florida men as part of a killing spree from March to November of 1994. While professing to be straight, Bowles admitted to letting gay men perform sex acts on him for money. A full-time hustler, Bowles would often befriend his victims, moving in with them for a place to stay before eventually snapping and suffocating them to death.

In each case, Bowles had a signature: stuffing the victims’ throats with objects, including rags, toilet paper, dirt, leaves, and even a sex toy. He then stole the victims’ credit and ATM cards to gain money, all the while eluding capture by police.

According to Fox News, Bowles became a chief suspect after he left behind a slew of evidence, including probation documents, at the home of his first victim, John Hardy Roberts, 59, of Daytona Beach, who was killed on March 15, 1994.  An ATM camera even captured Bowles trying to withdraw money from Roberts’ bank account.

Bowles eventually pleaded guilty to all six murders, but was only ever charged for the murders of Roberts, Morris, and Hinton.  He was sentenced to die by a Jacksonville circuit court judge in 1996, and then again in 1999, after an appellate court overturned his original death sentence.

Bowles appealed the 1999 death sentence on the basis that he was intellectually disabled. But on Aug. 13, the Florida Supreme Court unanimously rejected his motion, saying his claim wasn’t “timely” enough because he did not raise the issue until 2017, according to a News Service of Florida report. He appealed to the U.S. Court of Appeals for the 11th Circuit, but that motion was also rejected. He then appealed to the Supreme Court, which rejected the appeal.

Investigators say that if he hadn’t been caught shortly after murdering Hinton, Bowles would have continued his killing spree.

“He probably enjoyed it after a while,” Thomas Youngman, a Daytona Beach detective assigned to the Roberts slaying, told the Associated Press. “Why do you kill people after the first one? The first one could be a mistake, maybe. But then the second, alright, I’ll maybe give you that. But the third, fourth, fifth, and sixth? When do you stop?”

In a final statement obtained by Jacksonville-area news station News4JAX, Bowles apologized to the victims’ families and to his mother.

“I’m sorry for all of the pain and suffering I have caused,” he wrote. “I hope my death eases your pain. … I never wanted this to be my life. You don’t wake up one day and decide to become a serial killer.”