Victory Fund endorsed Pete Buttigieg for president, but its lesbian members aren’t so sure 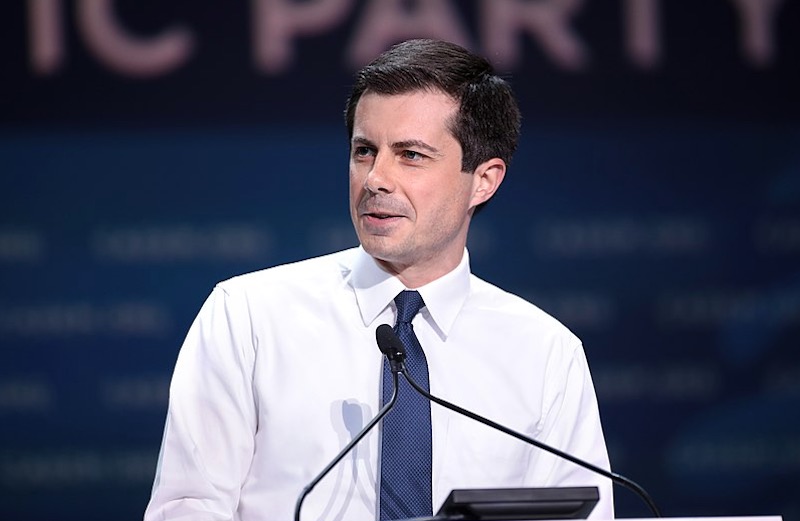 Mayor Pete Buttigieg’s campaign for president might be an historic moment for LGBTQ people, but lesbian women are reportedly conflicted over the prospect of President Pete.

Politico spoke to a dozen lesbian political activists — many of whom didn’t wish to speak on-the-record in case it harmed Buttigieg’s campaign — and found that they’re split over whether to champion the first LGBTQ president or the first female president.

That includes Annise Parker, president and CEO of the LGBTQ Victory Fund — which gave Buttigieg his first national endorsement back in June.

“As a woman, as a lesbian, as someone who was all in for Hillary Clinton and as someone who was a historic first myself, I would love to see a woman at the top of the ticket,” Parker, the first openly lesbian woman to be elected mayor of a major city, told Politico. “And talking with other women inside the community and not, we understand the importance of Pete’s candidacy — but dammit, we’re half the population. It’s time [for a woman president].”

Parker said she plans to vote for Buttigieg, but noted that many in the LGBTQ community are seeing themselves represented on the debate stage by other candidates.

“There are black gay men and Latina lesbians — we have all these identities,” Parker said. “I talk to donors who are really glad that Pete’s running, but want Julián Castro to be on the debate stage. Or who say, ‘I want Cory Booker or Kamala Harris to be on stage.’ I say that’s a great thing.”

Campbell Spencer, who serves on the board of LGBTQ Victory Fund, noted that Buttigieg was a “trailblazer,” but said Sen. Kamala Harris (D-CA) had impressed her more than any other Democrat in the field.

“I’m one of these women who thinks we are way overdue for having a woman in the White House,” Spencer said. “That’s a lens through which I’m going to filter my decision.”

Buttigieg’s fast ascent in the Democratic field, including raising almost $25 million in the second quarter, has led some to note the ease with which a male political unknown can succeed, versus a more qualified female candidate.

And while Buttigieg’s historic campaign is cause for celebration, some of the women Politico spoke to said that electing a woman as president would shatter a more important glass ceiling.

One lesbian Democrat who works in national politics said, “It feels like a slap in the face to just go directly to the white gay guy, when for decades you’ve been trying to elect a woman and it didn’t happen last time. If Pete Buttigieg is elected it won’t feel like a vindication of Hillary Clinton. If a woman is elected, it will.”

He has qualified for the next Democratic debate, which will take place on Sept. 12.

The gay mayor of South Bend, Ind., has achieved a number of historic firsts since announcing his candidacy earlier this year, including being the first openly LGBTQ person to participate in a major party’s presidential debate, as well as the first to mention their same-sex spouse — husband Chasten — on the debate stage.

The Buttigiegs were featured on the cover of TIME magazine, another first for an LGBTQ presidential candidate, for an article on Buttigieg’s rise through the Democratic field. TIME dubbed the couple “First Family” on the cover.

Buttigieg has also faced homophobia during his campaign, including a since-deleted New Republic article that called him “Mary Pete” and questioned his sexual behavior.

In May, a former Republican lawmaker said that Buttigieg would die in office if elected President because of HIV and his homosexual “perversion.”

And during an event in Iowa, people attending a campaign event witnessed a protester dressed as Buttigieg whipping Jesus on the cross while the Devil watched.

Buttigieg has previously refuted that his sexuality could be a hindrance in his campaign. Asked about opposition to same-sex marriage among black Protestant voters, Buttigieg said it would “wash away once voters understand what it’s going to mean for them that you, versus the others, are in office.”

Pete Buttigieg: Opposition to same-sex marriage among black voters will “wash away”

WATCH: Pete Buttigieg is ‘almost certain’ that America has had a gay president

Log Cabin leader resigns over Trump endorsement, says the gay Republican group should be “shut down”