By Randy Shulman on October 10, 2019 @RandyShulman 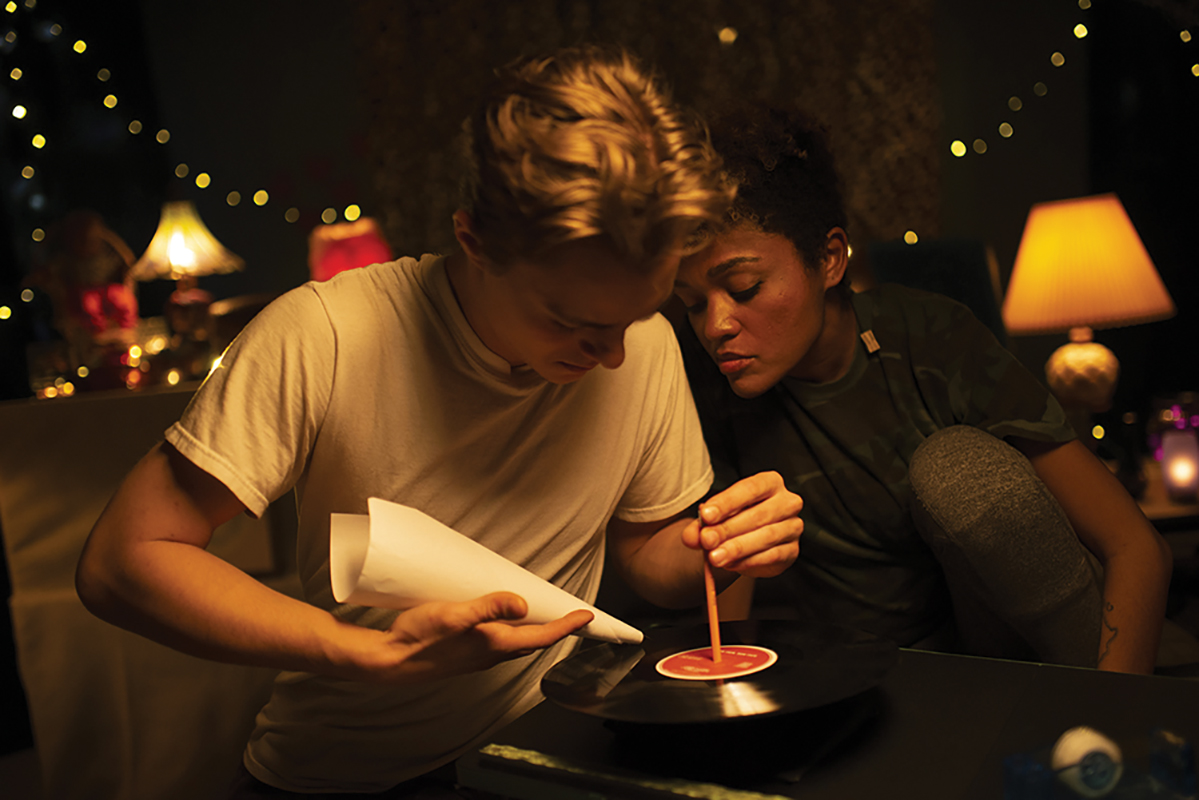 JxJ, an arts project based in the newly renovated Edlavitch DCJCC, offers a weekend run of a recent hit film at both the Sundance and Cannes film festivals, one that a Variety critic described as a “warm, fiercely independent comedy-drama [that] eschews anything resembling formula in favor of a boisterous and freewheeling joyride.” It’s based on the real-life experiences of filmmaker Kirill Mikhanovsky, who in his early days as a young Russian immigrant to America worked as a medical transport driver, helping residents with mobility challenges. In English and Russian with English subtitles. Presented in the DCJCC’s new state-of-the-art, 140-seat Cafritz Hall. Friday, Oct. 11, at 1 p.m., Saturday, Oct. 12, at 6 and 8:25 p.m., and Sunday, Oct. 13, at 12:30 p.m. 1529 16th St. NW. Tickets are $9 to $13. Call 202-777-3210 or visit www.jxjdc.org. 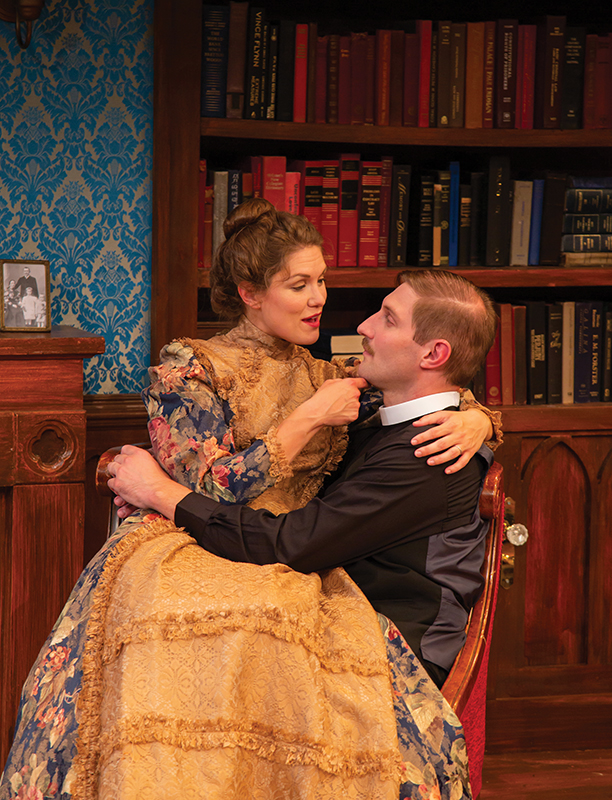 The Washington Stage Guild launches its new season with an 1894 comedy by George Bernard Shaw. Candida questions Victorian notions of love and marriage, having the audacity to ask what a woman desires from her husband, and ultimately give a woman a choice between her husband, a preacher, and the poet who wants to woo her away. Laura Giannarelli directs Emelie Faith Thompson in the title role. Weekends through Oct. 20. Undercroft Theatre of Mount Vernon United Methodist Church, 900 Massachusetts Ave. NW. Tickets are $50 to $60. Call 202-900-8788 or visit www.stageguild.org. 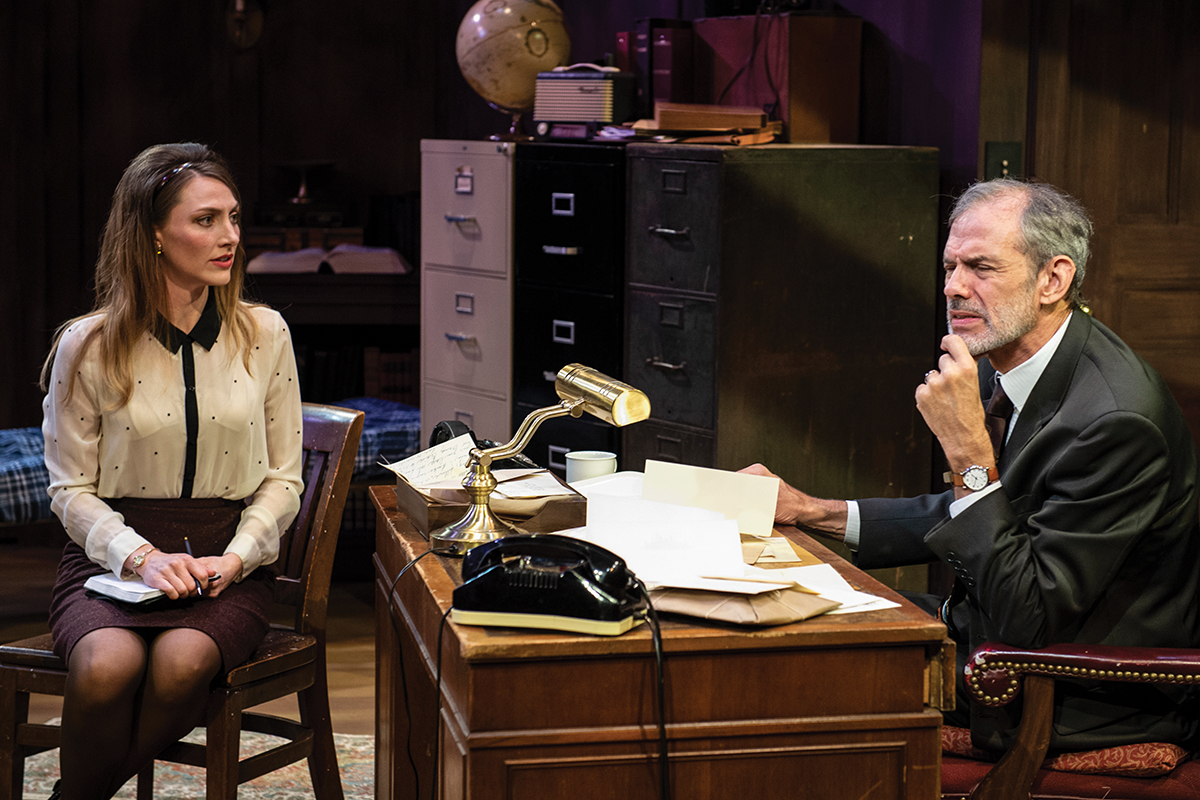 Virginia’s 1st Stage offers the regional premiere of a play by Joanna McClelland Glass, who drew on her real-life experience working for Francis Biddle at his home in D.C. in the 1960s. Biddle, the former U.S. Attorney General under President Franklin Roosevelt who also served as Chief Judge of the American Military Tribunal at Nuremberg, was notoriously hard on his staff as he worked to cement his legacy. Alex Levy directs stars Amanda Forstrom and Scott Sedar. To Oct. 20. 1st Stage is located at 1524 Spring Hill Rd. Tysons, Va. Tickets are $42. Call 703-854-1856 or visit www.1ststagetysons.org. 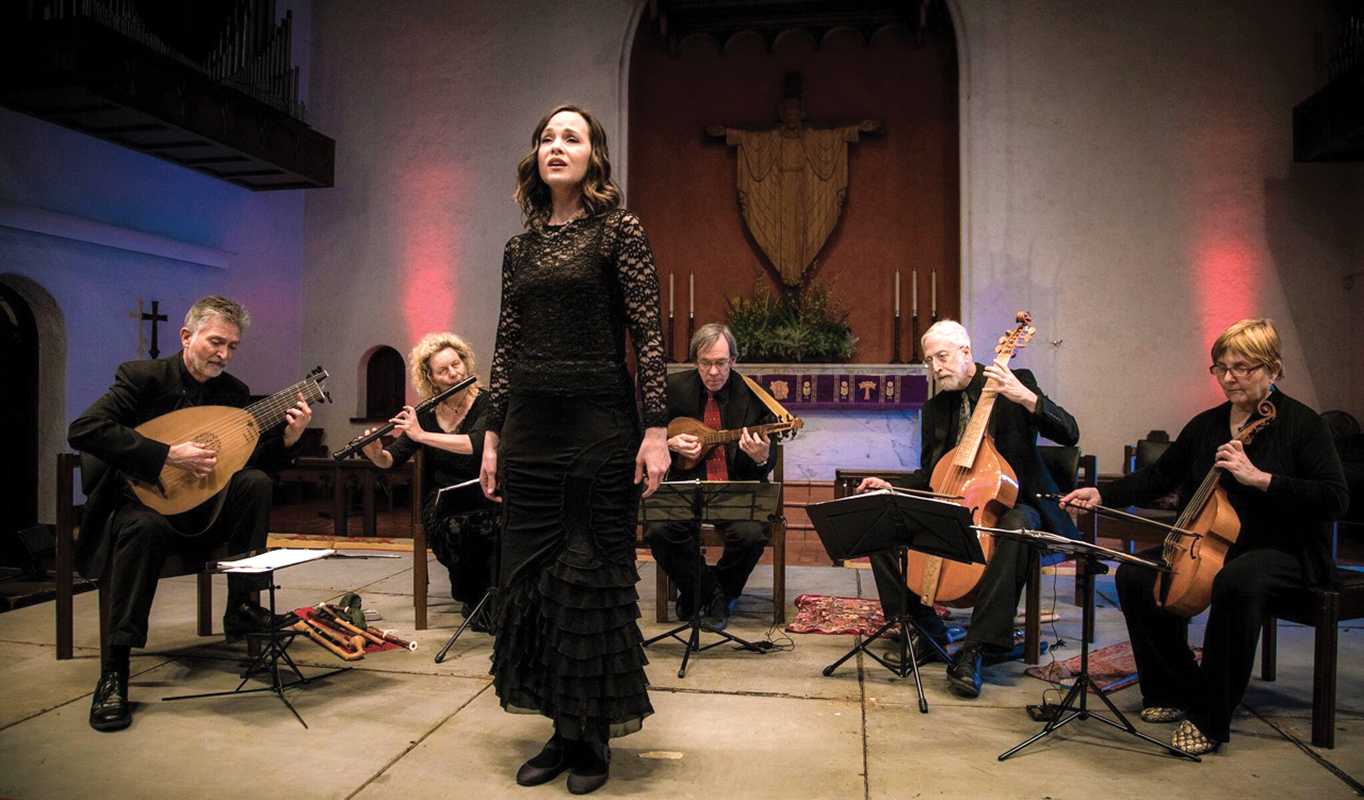 Described as a “rambunctious sextet” by the Washington Post for its lively renditions of Renaissance tunes and music of the Elizabethan era, the consort performs a brand-new program, “The Food of Love: Songs, Dances, and Fancies for Shakespeare,” also the title of the ensemble’s first new recording in 10 years. In addition to consort instrumentalists performing arrangements of dances and music related to Bard classics for lute, cittern, viols, and flute, ethereal soprano Danielle Svonavec will perform from Shakespeare’s songbook. Sunday, Oct. 13, at 3 p.m. Weinberg Center for the Arts, 20 W. Patrick St. Frederick, Md. Tickets are $15 to $35. Call 301-600-2828 or visit www.weinbergcenter.org. 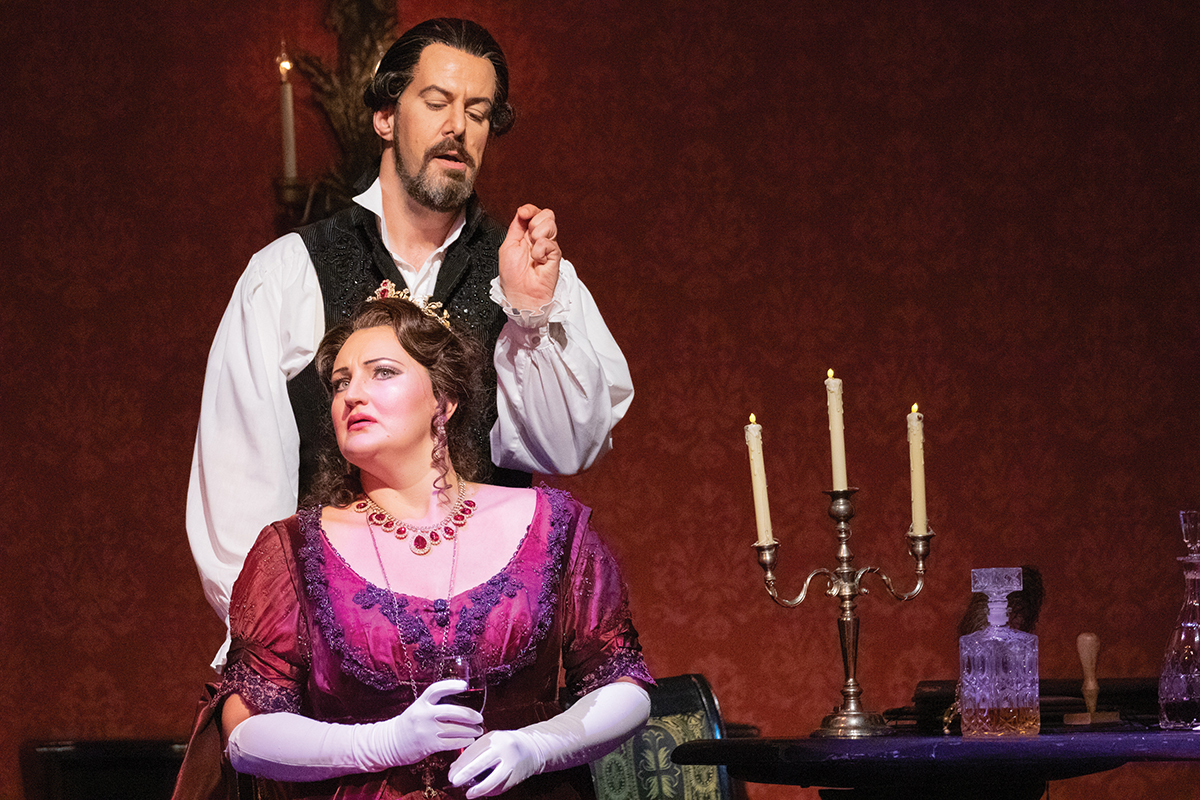 The Virginia Opera opens its 45th Anniversary Season with Puccini’s masterpiece, among the top ten most-performed operatic works in history, featuring some of the composer’s best-known arias. The cast includes Virginia Opera debuts by soprano Ewa Płonka as Tosca and bass-baritone Kyle Albertson as Scarpia. Directed by Lillian Groag, marking her 25th production with the company. In Italian with English supertitles. Saturday, Oct. 12 at 8 p.m. and Sunday, Oct. 13 at 2 p.m. at the George Mason University Center for the Arts, 4400 University Dr., in Fairfax. Tickets are $45-$115. Visit https://cfa.gmu.edu/ or call 703-993-8888. 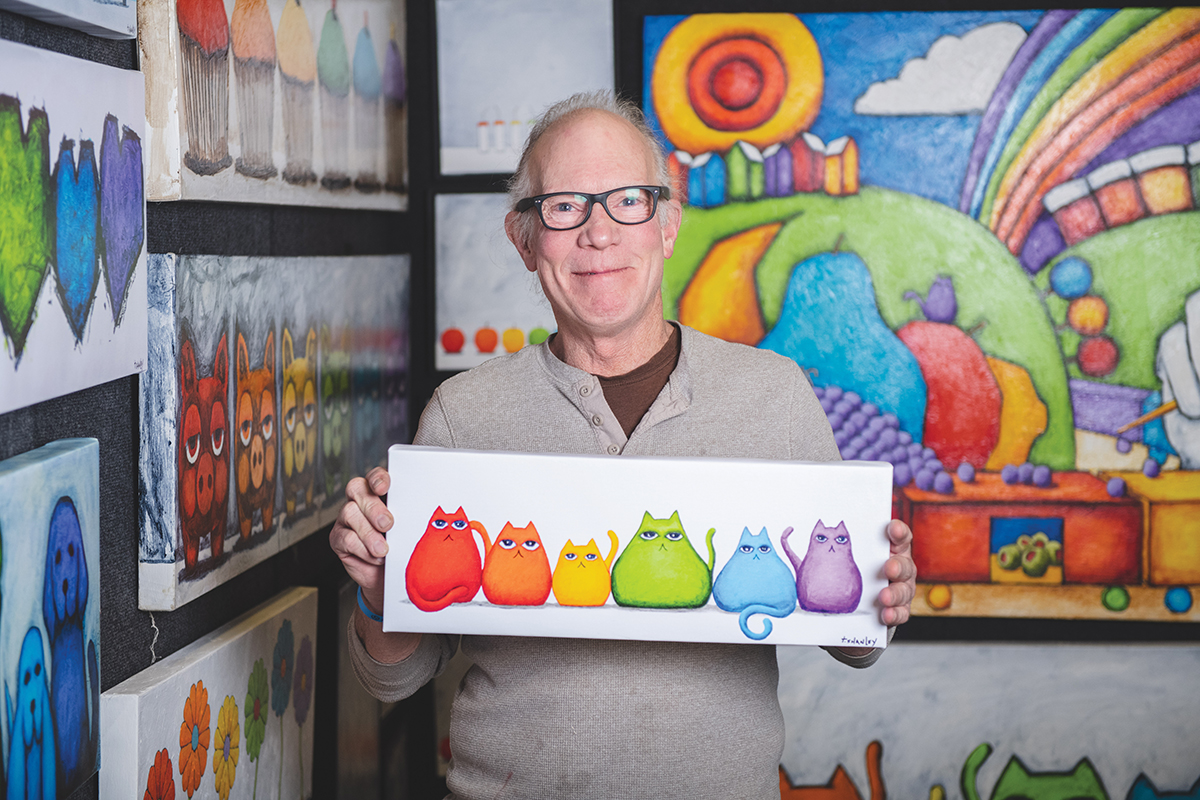 The annual Sugarloaf Crafts Festival, featuring 11 different events taking place throughout the country throughout the year, is considered one of the top craft experiences in the country. The festival returns to Virginia’s Dulles Expo Center for a fall show styled as a kickoff to holiday shopping with more than 300 artisans from around the country offering one-of-a-kind handcrafted gifts in various media — including functional and decorative pottery, sculpture, glass, jewelry, fashion, leather, wood, metal, furniture, home accessories, and photography. Friday, Oct. 18, and Saturday, Oct. 19, from 10 a.m. to 6 p.m., and Sunday, Oct. 20, from 10 a.m. to 5 p.m. 4320 Chantilly Shopping Center Drive, Virginia. Admission is $8 to $10 per day. Call 703-378-0910 or visit www.sugarloafcrafts.com. 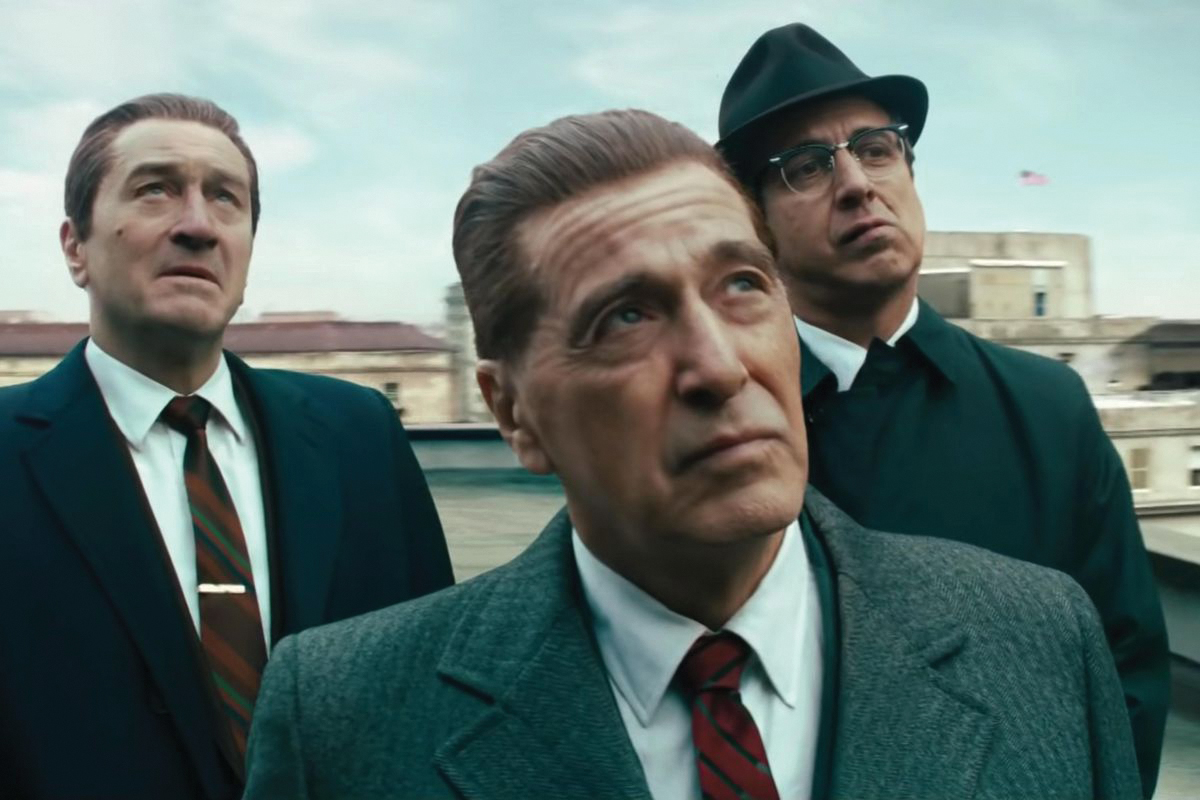 Held in a stunningly picturesque town in Virginia’s horse and wine country, the Middleburg Film Festival offers a mix of independent features, documentaries, and Oscar contenders, including several submissions for Best Foreign Language Film. The festival kicks off Thursday, Oct. 17, with Marriage, Noah Baumbach’s deeply personal film about the pain of divorce starring Scarlett Johansson and Adam Driver. The 7th annual festival will also honor Terence Blanchard, the six-time Grammy-winning trumpeter and Oscar-nominated film scorer with the Distinguished Composer Award, culminating in a concert featuring Blanchard’s quintet E-Collective, and a 35-piece orchestra. Oscar-nominated scribe Anthony McCarten will collect the Distinguished Screenwriter Award for his work on festival selection The Two Popes, starring Jonathan Pryce and Anthony Hopkins as Popes Francis and Benedict. Other highlights among the 34 films screening include Harriet, starring Cynthia Erivo as iconic American freedom fighter Harriet Tubman; The Capote Tapes, Ebs Burnough’s documentary with never-before-heard audio interviews capturing “the rise and fall of America’s most iconic gay writer”; A Beautiful Day in the Neighborhood, starring Tom Hanks as Mister Rogers; and Honey Boy, the tale of a self-destructive child acting star directed by Alma Har’el and based on the experiences of Shia LaBeouf. The festival closes on Sunday, Oct. 20, with The Irishman, an epic saga about organized crime in post-war America from Martin Scorsese and starring Robert De Niro, Al Pacino, and Joe Pesci. The festival is held at The Salamander Resort & Spa. Tickets are $10 to $25 per screening. Call 540-751-3160 or visit www.middleburgfilm.org. 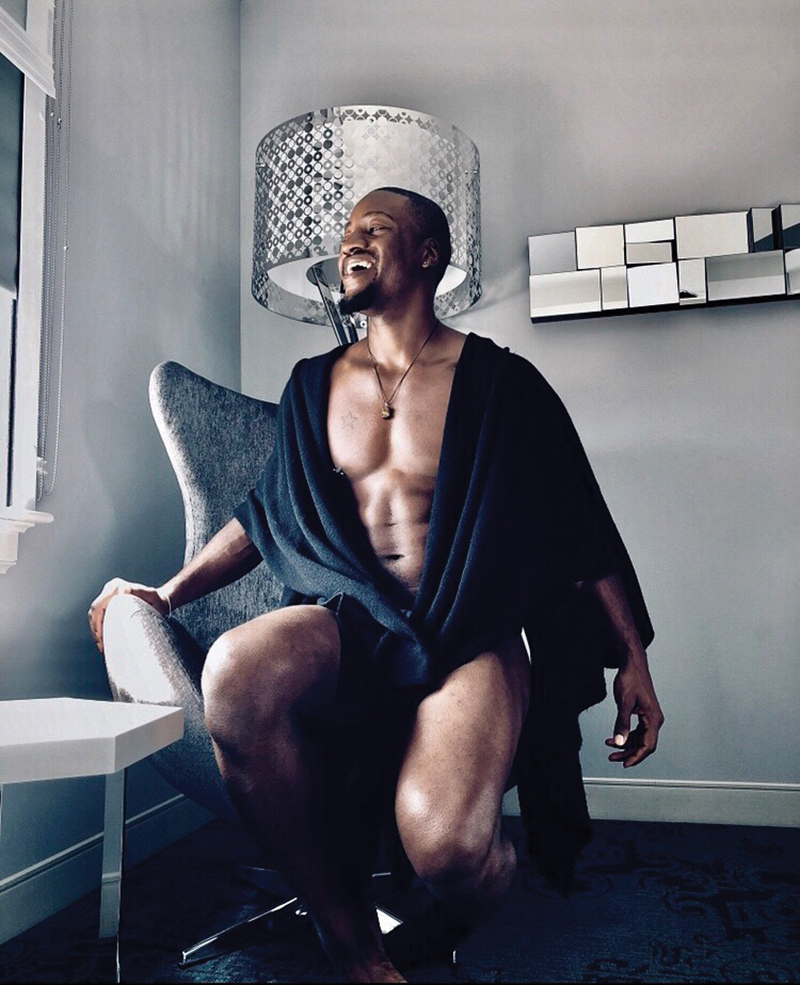 The National Museum of African American History and Culture presents an evening of “Queer History, Film, and Entertainment” featuring McCormick, the former D.C.-based comedian and budding filmmaker who last year became the first queer comic to headline an event at the newest Smithsonian on the Mall. At this year’s return engagement, McCormick will offer more funny and astute social commentary as well as share some details about recent creative pursuits, from his new film a different direction to his forthcoming memoir. Captivating young local queer pop singer-songwriter Be Steadwell will also perform, while works by photographer L. Zhee Chatom will be on display, at an event highlighting the contributions of black queer artists and political or historical figures. Among the latter are Stonewall icons and transgender rights pioneers Marsha P. Johnson and Sylvia Rivera, featured in the short film Happy Birthday, Marsha! Tuesday, Oct. 15, from 7 to 10 p.m. Lower-Level Concourse and the Oprah Winfrey Theater, 14th St. & Constitution Ave. NW. Tickets are free but required. Call 844-750-3012 or visit www.nmaahc.si.edu. 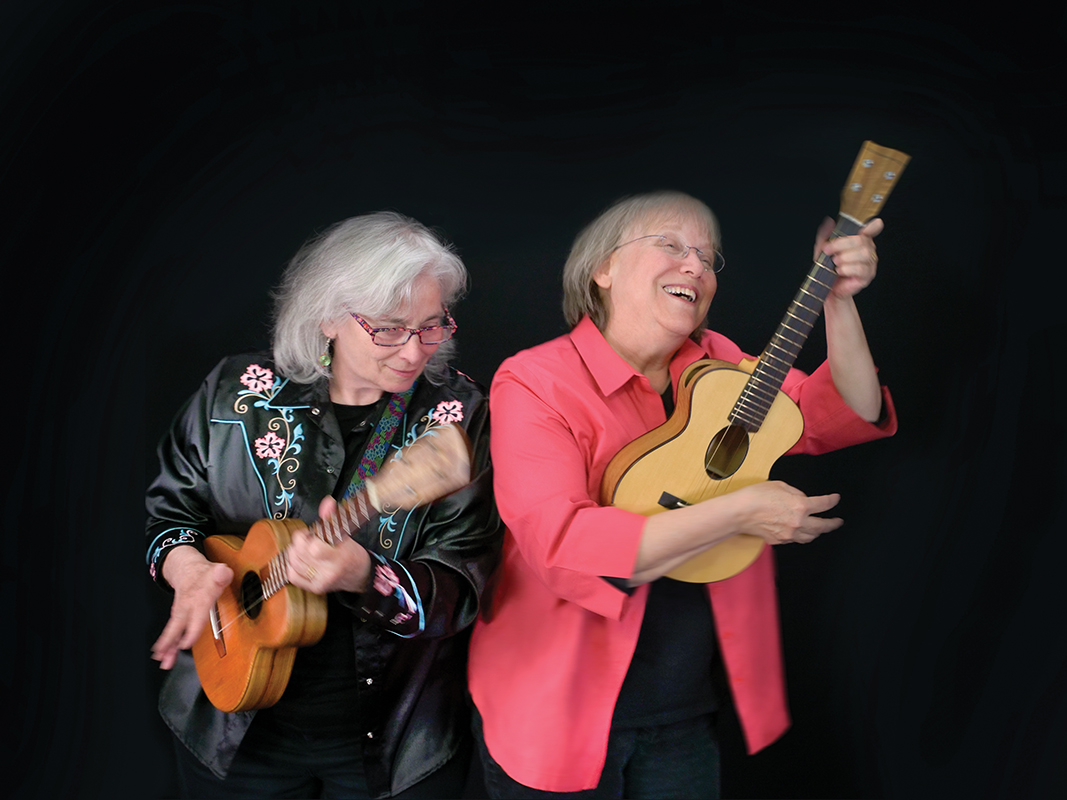 Partners in life and music-making, the pair’s new album WAHOO! features both original tunes as well as reimagined standards, traversing multiple styles, from jazz to calypso to bluegrass, and featuring sweet vocal harmonies, sharp arrangements, and virtuosic playing on the uke as well as other instruments in the string family, including the guitar, five-string banjo, mandolin, and cello-banjo. Tuesday, Oct. 15, at 7:15 at Amphadora’s Diner Deluxe, 1151 Elden Street, in Reston. Tickets are $13 or $12 for Reston-Herdon Folk Club members. Call 540-722-0146 or visit www.restonherndonfolkclub.com.