In Steven Soderbergh’s meandering satire The Laundromat (★★☆☆☆), Antonio Banderas and Gary Oldman make a drolly unscrupulous pair as law partners Ramón Fonseca and Jürgen Mossack, whose shady, Panama-based firm specializes in forming and administering tax-avoiding shell companies and offshore accounts for any client with the funds, regardless of how those funds are acquired.

The dapper partners of Mossack & Fonseca serve as the film’s direct-to-camera hosts, guiding viewers through the murky world of money laundering. From their privileged position at the center of the scandal over the so-called Panama Papers, they present interconnected vignettes depicting the sorts of clients and deals, crimes and losses that led to the 2016 data leak exposing multitudes of real-life Mossacks and Fonsecas.

Soderbergh, directing from a jazzy script by frequent collaborator Scott Z. Burns, also shot and edited the film, which assembles a starry cast for its free-wheeling adaptation of Jake Bernstein’s non-fiction book Secrecy World: Inside the Panama Papers Investigation of Illicit Money Networks and the Global Elite. The performances — including cameo appearances by James Cromwell, Larry Wilmore, Sharon Stone, Robert Patrick, and Will Forte and Chris Parnell, as Doomed Gringo #1 and #2 — are energized, and the subject matter is engaging, but the densely episodic format doesn’t flow smoothly, and the regulation reform messaging registers as flatly didactic too much of the time.

Individual sequences offer witty twists and a-ha moments, as well as intriguing character work by David Schwimmer as a victim of insurance fraud, Nonzo Anozie as a self-serving family man, and, most notably, Rosalind Chao as the sweetly devious wife of a corrupt Chinese government official. Meryl Streep is deceptively good portraying Michigan widow Ellen Martin, another victim of insurance fraud, driven by her need to hold someone accountable for her devastating losses. Streep is a hoot as the cantankerous granny who will not be denied her sense of justice and resolution.

In its ambitious attempt to encapsulate a colossal global financial scandal within a cute, 95-minute comedy, the movie doesn’t quite add up. The 2015 Oscar-nominated financial crisis satire The Big Short covered similar territory with sharper focus and better results. Still, The Laundromat will be worth a spin for the Banderas brigade and Streep completists, and the film does pay dividends with one very well-played punchline in the end. 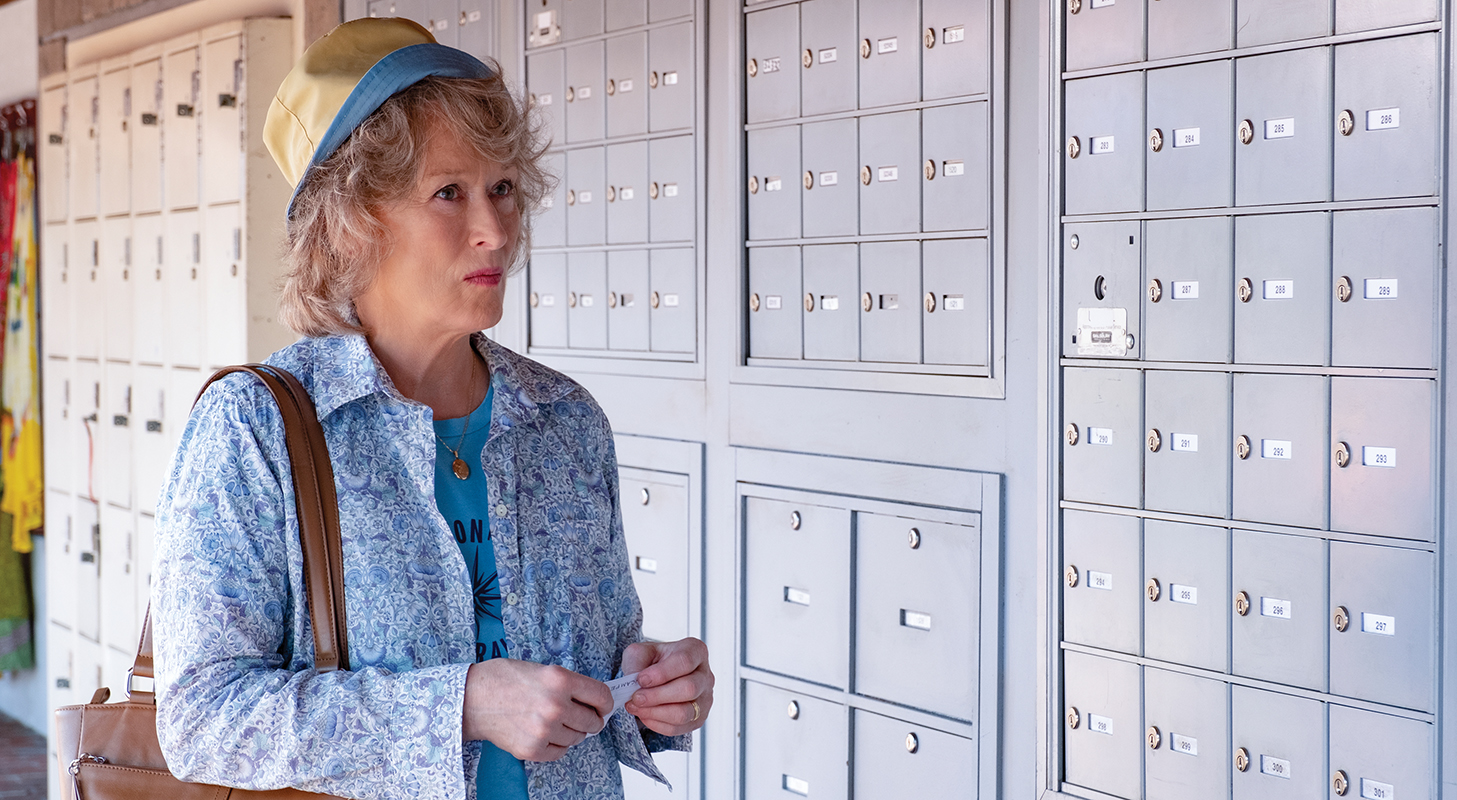