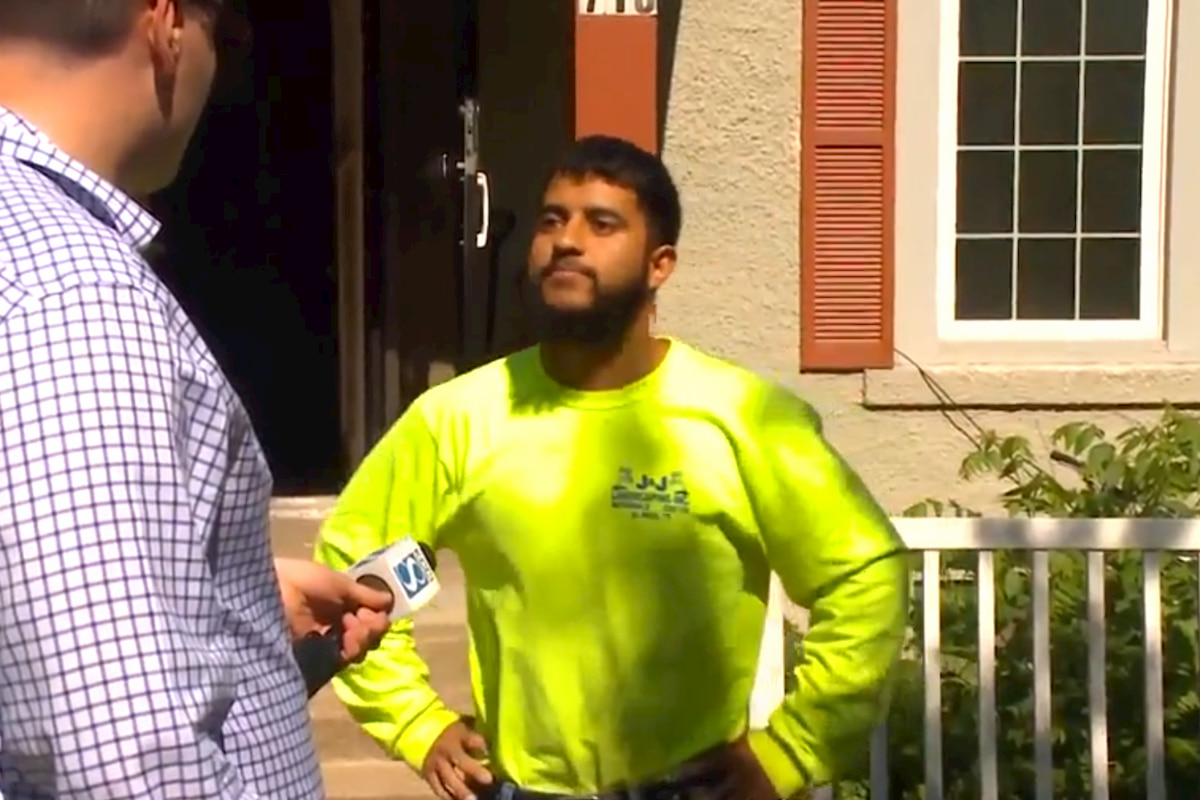 A man in Iowa has proudly admitted to burning a rainbow flag, a man has been banned from Planet Fitness for threatening to kill a trans woman, and actor Brian J. Smith has come out as gay — these are the LGBTQ stories you need to know now:

A man in Iowa faces up to 15 years in prison after stealing and burning a rainbow Pride flag from a church in Ames. Adolfo Martinez was found guilty of a hate crime, third-degree harassment, and being a habitual offender after calling it an “honor” to burn the flag in an interview with KCCI, saying, “It is a judgement and it is written to execute vengeance on the heathen and punishments upon the people.” Asked if the act was about homosexuality, he said, “Exactly… I burned down their Pride. Plain and simple. No [regrets], none whatsoever. Why would there be so?” Further incriminating himself, he proudly declared, “I’m guilty, I’m guilty as charged. I’ll say it on camera as well. Live!” No one said homophobes are intelligent…

Brian J. Smith, star of Netflix’s Sense8 and upcoming TV series Treadstone, has come out as gay in an interview with Attitude magazine. The actor, Tony-nominated for his role in the 2013 revival of The Glass Menagerie, said he was “terrified” growing up in rural Texas, and “really couldn’t fit in anywhere…. I was completely alone. I heard all the names: pussy, faggot.” Smith, now 38, waited until he was 30 to come out to his parents, though their reaction was ultimately “wonderful.” “I think that’s when I became OK with it, too,” he said. “Just in terms of being, ‘Oh that’s the world, it’s not as dangerous as I thought it was.'”

Good morning, world. The folks at @attitudemag reached out and I knew it was time. Hoping there’s other people out there like me (and not like me!) who can relate. Nothin but love! Now let’s go party. Photography: @harolbaezstudio Interview: @cliffjoannou Styling: @josephkocharian Location: @thepierreny Grooming: @melissa.dezarate

Marc Bernier, a 60-year-old man in New Hampshire, has been banned from Planet Fitness after he “threatened to kill” a transgender woman for using the women’s locker room, according to Attorney General Gordon MacDonald. Bernier was found to have violated the state’s Civil Rights Act, and the AG’s office was granted an injunction against Bernier banning him from coming within 250 feet of the woman or from entering the Planet Fitness in Nashua, N.H., for one year.

The Danish version of Dancing with the Stars, called Vild med Dans, is currently making history with the show’s first same-sex couple — Jakob Fauerby, an actor, and professional dancer Silas Holst. The pair, who are currently the favorites to win, have scored the highest marks in four of the eight episodes that have aired thus far, LGBTQ Nation reports, despite some criticism over two men dancing together — even in pro-LGBTQ Denmark. Fauerby noted that the criticism centered around the belief that the show would become sexualized, saying, “What happened after the first two shows is that people saw weren’t going to have anal sex on stage. It is feelings. It is sensuality. But it is not sexuality. It’s just two people dancing.”

Watch them dance below, via TV2: