Our picks of the best arts and entertainment in the D.C. area this week. 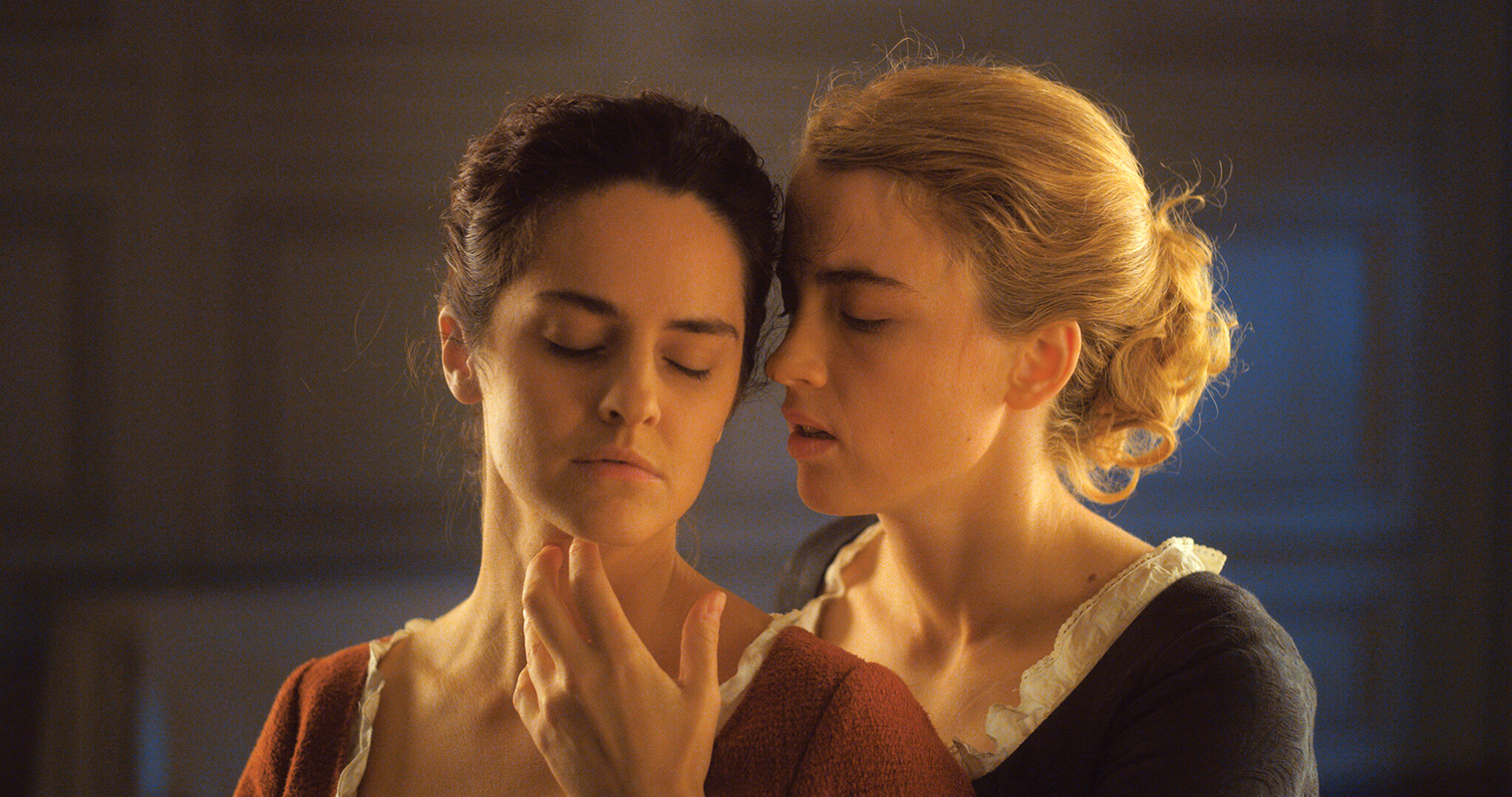 Portrait of a Lady On Fire

PORTRAIT OF A LADY ON FIRE

A French period drama with a lesbian narrative set at the end of the 18th century, Portrait of a Lady on Fire focuses on Marianne, a painter summoned to create a portrait of a young woman, intended to be displayed to elicit marriage proposals. The woman rejects her fate and refuses to be painted, forcing Marianne to go undercover as her maid — only to then fall in love with her. Céline Sciamma’s film has received rave reviews, and won the Best Screenplay and Queer Palm awards at Cannes. Particular praise has also been paid to its two leads, Noémie Merlant and Adèle Haenel. The AFI Silver Theatre screens the film in French and Italian with English subtitles on Sunday, Dec. 8, at 8:15 p.m., and Monday, Dec. 9, at 7:10 p.m. 8633 Colesville Road, Silver Spring. Tickets are $15 for general admission plus $1 service fee. Call 301-495-6720 or visit www.afi.com/Silver. (Rhuaridh Marr) 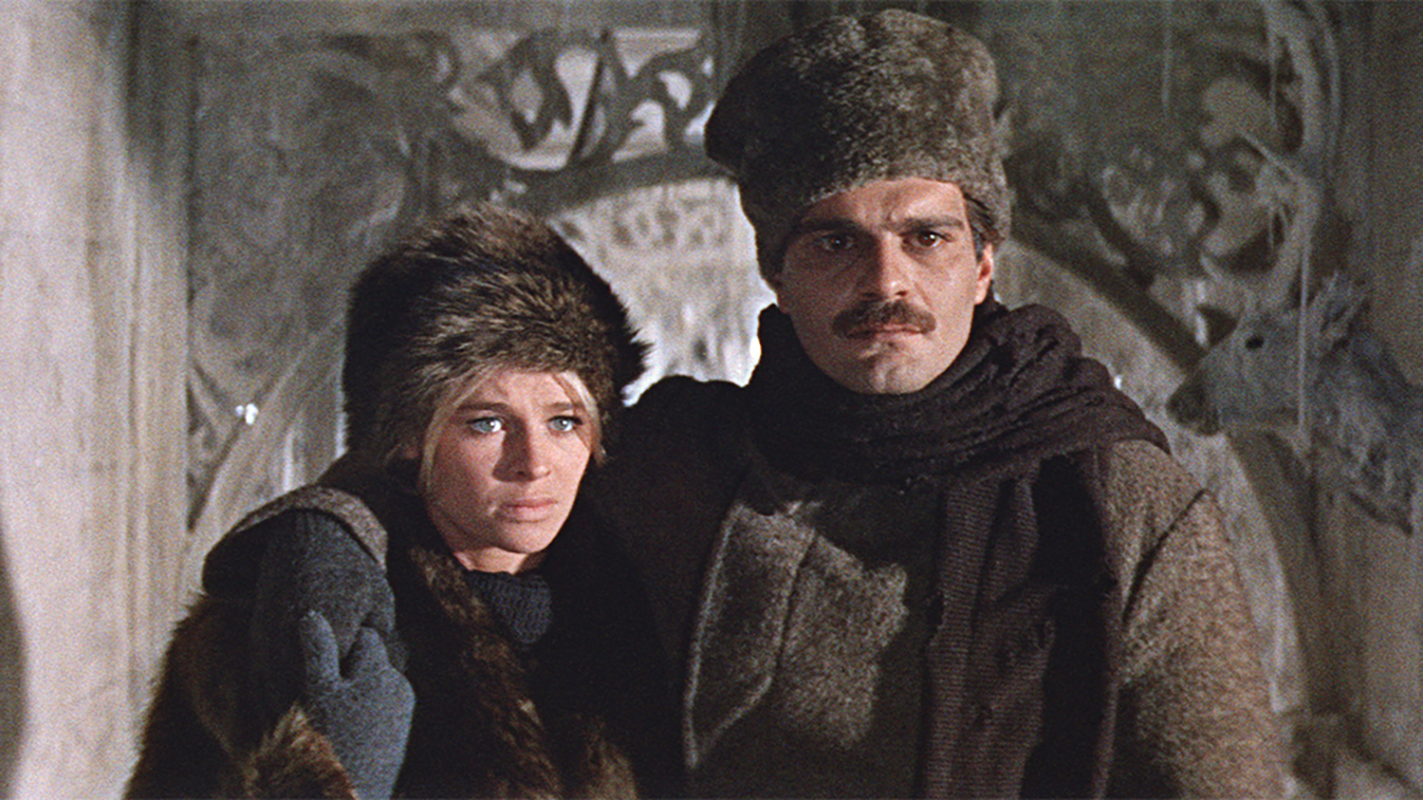 After winning the Oscar for Best Picture and Best Director with his historical epics The Bridge on the River Kwai and Lawrence of Arabia, David Lean next turned to a romantic drama set during the Russian Revolution. Based on Boris Pasternak’s novel of the same name, Doctor Zhivago may have lost to The Sound of Music for most of the top Oscars, but the 1965 epic starring Omar Sharif and Julie Christie did earn five Academy Awards, including screenplay, score, cinematography, and costumes. Landmark’s West End Cinema returns the film, one of the highest-grossing of all time, to the big screen as part of the Capital Classics series. Wednesday, Dec. 11, at 1:30 and 7:30 p.m. 2301 M St. NW. Happy hour from 4 to 6:30 p.m. Tickets are $12.50 each. Call 202-534-1907 or visit www.landmarktheatres.com. 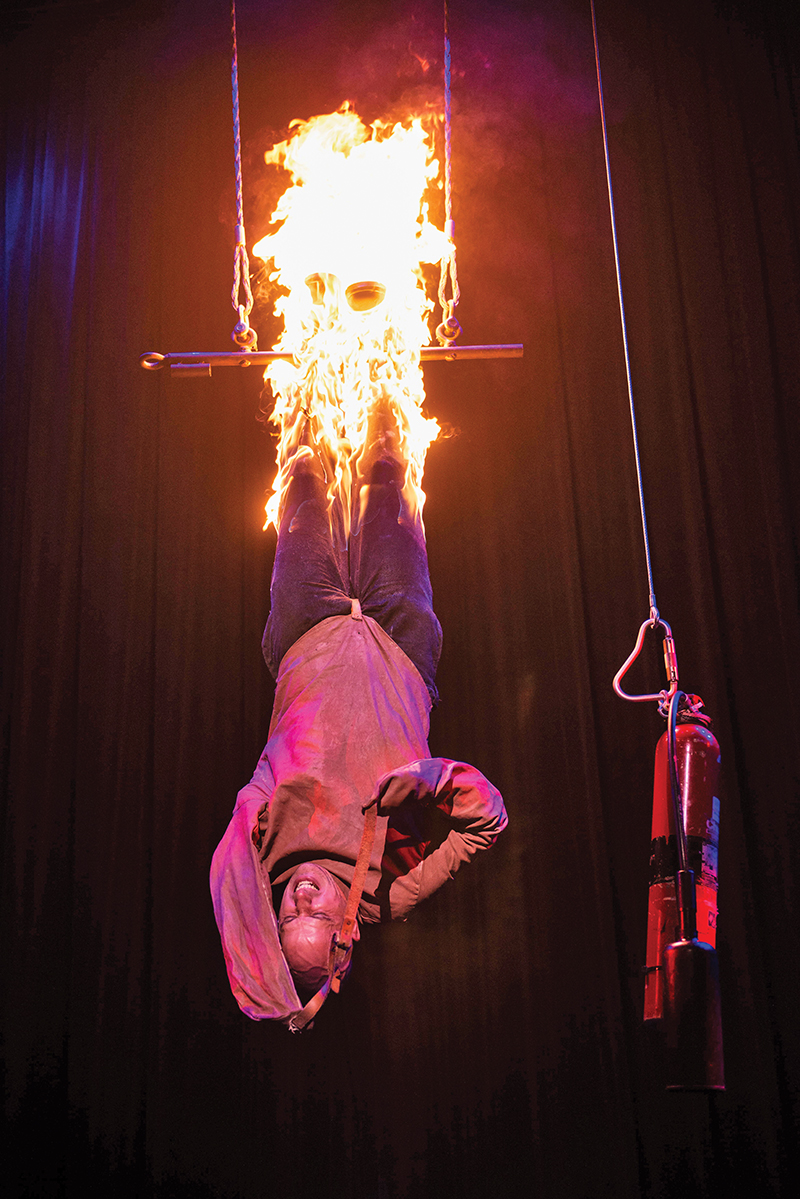 THE ILLUSIONISTS: MAGIC OF THE HOLIDAYS

Originating in Sydney nearly eight years ago, this touring magic show presents a rotating cast of magicians and is billed as “packed with thrilling and sophisticated magic of unprecedented proportions.” The lineup for the special holiday-themed show features Dom Chambers “The Showman,” Eric Chien “The Manipulator,” Chris Cox “The Mentalist,” Paul Dabek “The Trickster,” Kevin James “The Inventor,” and Enzo Wayne “The Unforgettable.” To Dec. 8. National Theatre, 1321 Pennsylvania Ave. NW. Tickets are $54 to $114, plus fees. Call 202-628-6161 or visit www.thenationaldc.org. 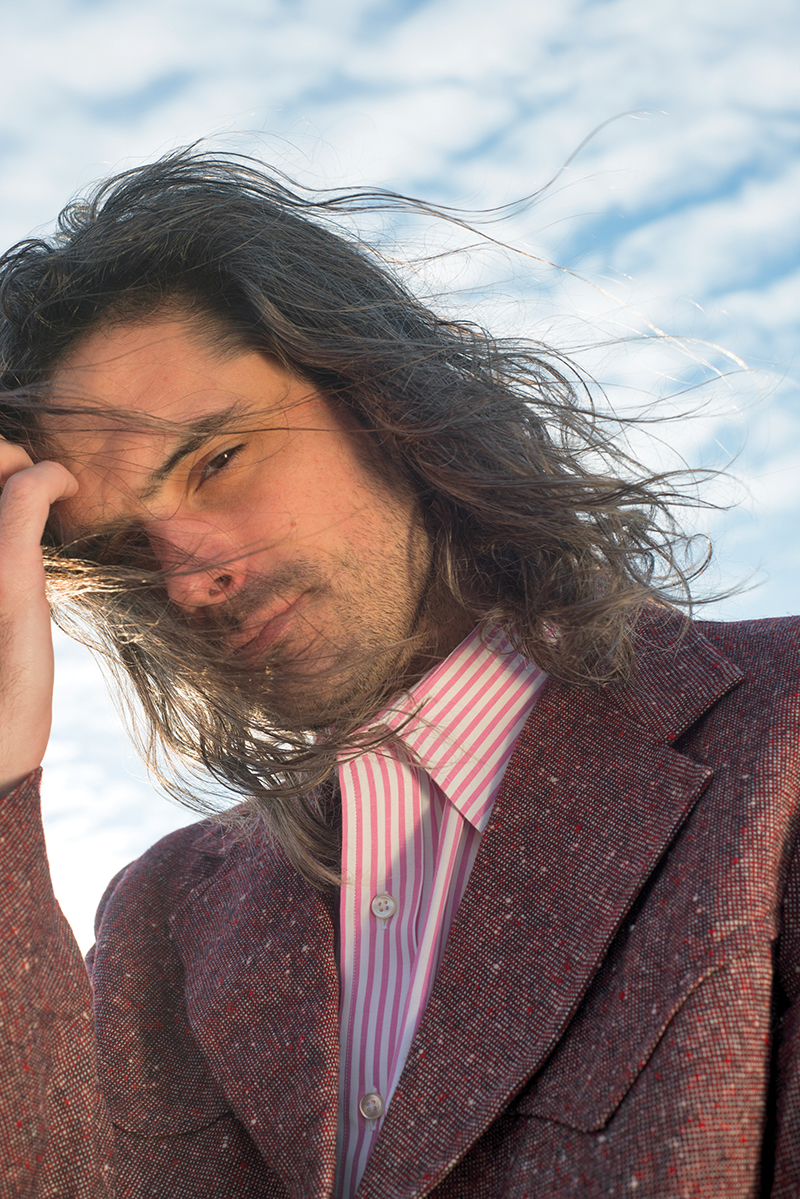 Current Swell, a rock band from Vancouver Island is the headline attraction, but the concert this Saturday, Dec. 7, at DC9 is also a hometown show for opening act Barna, a gay singer-songwriter and drummer who has a theatrical, full-throated vocal delivery. Barna explores what it means to be a man on Cissy, an album released last year that he described as “if [Charles] Bukowski had frequented queer spaces and written songs for Patti Smith.” Doors at 7 p.m. DC9, 1940 9th St. NW. Tickets are $12 to $15. Call 202-483-5000 or visit www.dcnine.com. 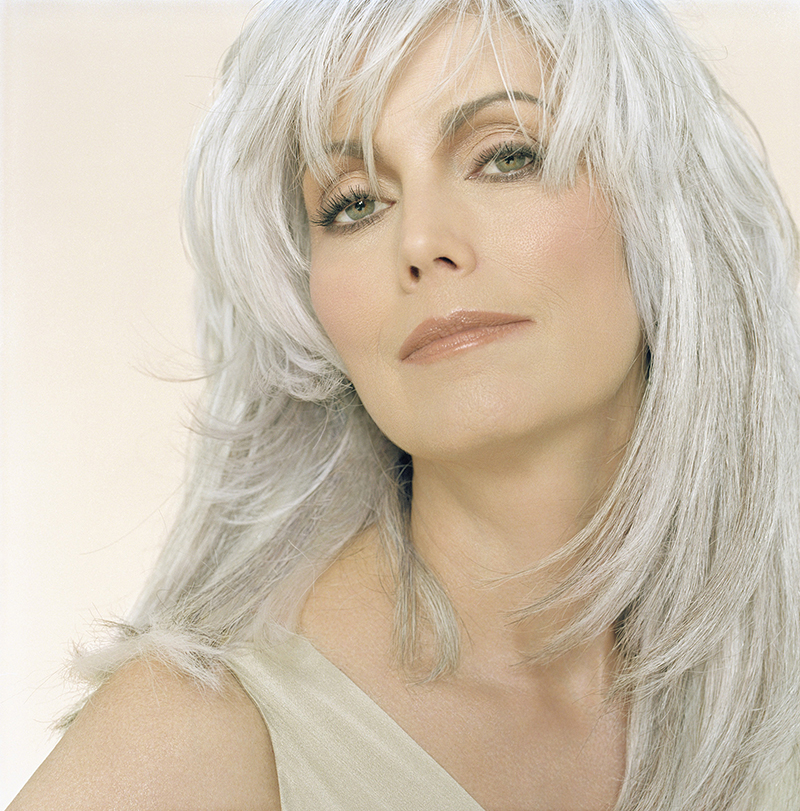 The first lady of bluegrass/Americana returns to the Hamilton for another “Intimate Performance Benefiting Bonaparte’s Retreat,” the dog rescue organization the singer founded in Nashville. The show, with special guests Jon Randall, Rickie Simpkins, and Jay Starling, is also a tribute to Jay’s father, John Starling, a founding member of the D.C.-rooted bluegrass band The Seldom Scene who died this past May. Sunday, Dec. 15. Doors at 6:30 p.m. The Hamilton, 600 14th St. NW. Tickets are $90 to $250. Call 202-787-1000 or visit www.thehamiltondc.com. 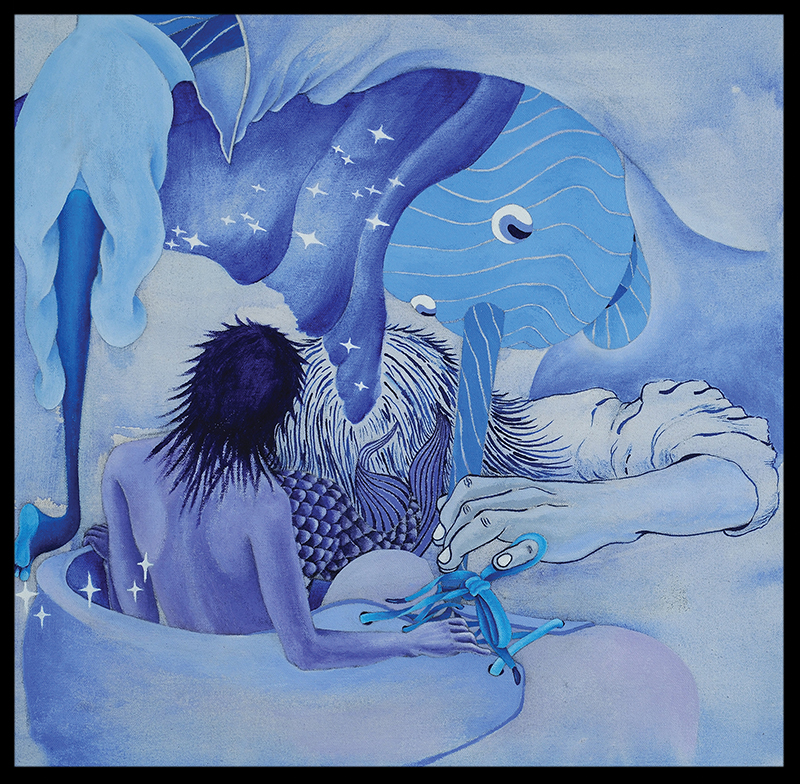 Virginia’s McLean Project for the Arts presents an exhibition by a Korean-born, D.C.-based artist who draws on the world of fairy tale to compose paintings exploring dreams, identity, and personal transformation. Through a cast of characters including mermaids, Pinocchio, and a figurative alter-ego, Lee’s surrealist-inspired illustrations mine symbolic connotations to create narrative works full of tension, adventure, and wisdom. 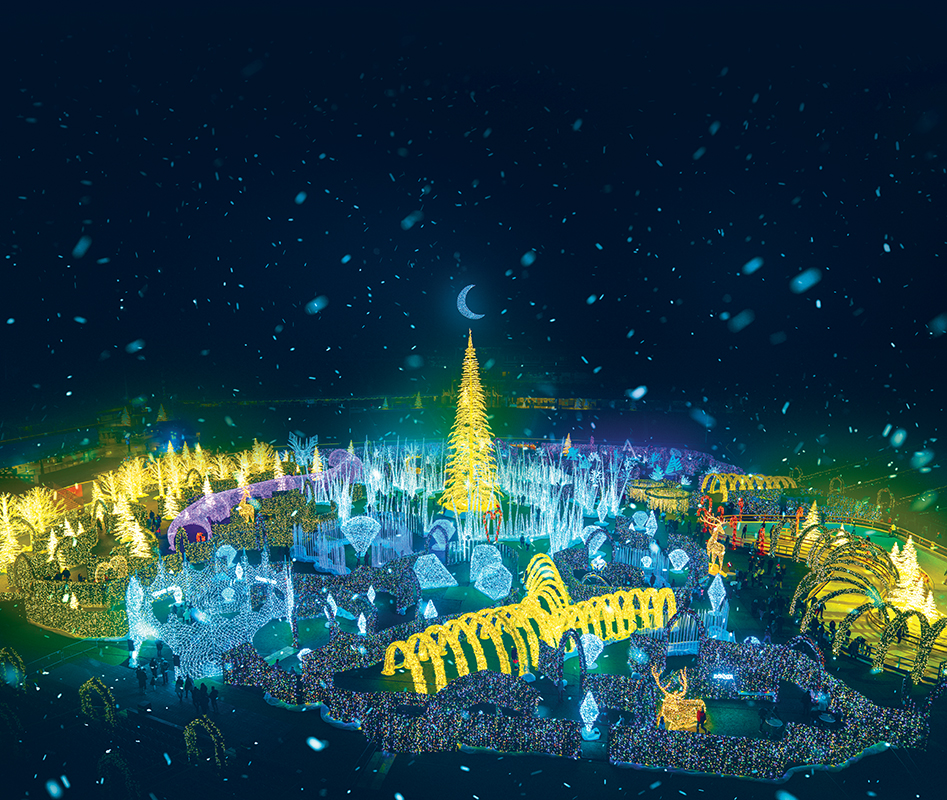 The outfield of Nationals Park has been transformed into a twinkling maze of light displays, the infield houses an ice-skating trail adorned with lit archways, and all around on the concourse features a Christmas Market stocked with more than 60 local food and artisan vendors. This weekend sees the D.C. debut of a multi-city offering touted as “the biggest and fastest-growing holiday event in North America,” further advertised as “the World’s Largest Christmas Light Maze and Market.” Runs from 4:30 p.m. to 10:30 or 11:30 p.m. daily to Dec. 29 except closed on Dec. 9. To Dec. 29. 1500 South Capitol St. NE. Tickets, not including fees, are $19.99 to $33.99 for general admission, $78.99 for a multi-day Season Pass, or $89.99 for VIP entrance with free ice skate rentals and access to the PNC Diamond Club box with festive buffet. Visit www.enchantchristmas.com. 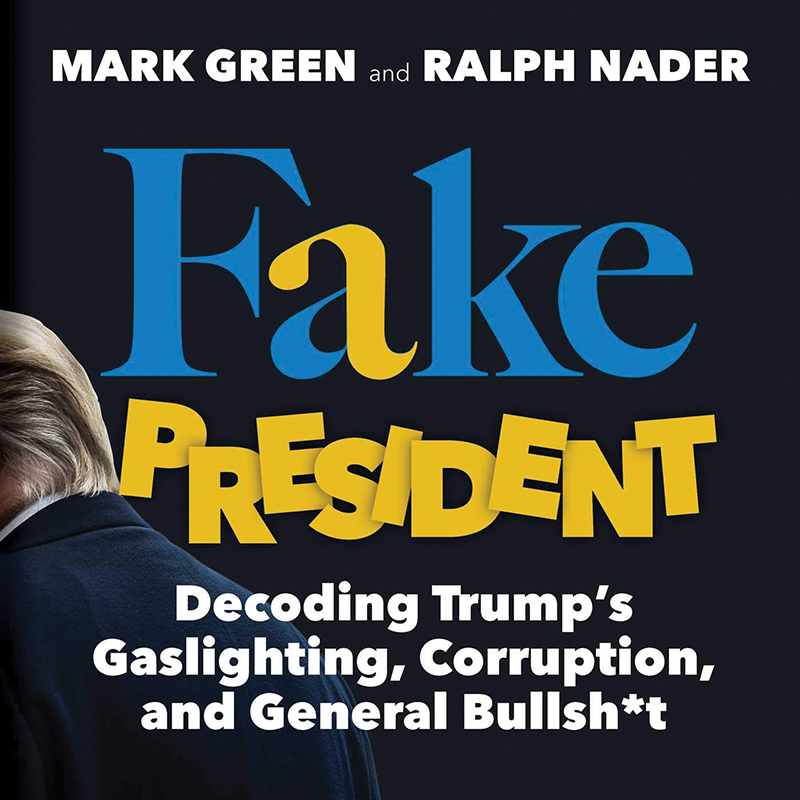 Mark Green and Ralph Nader, two of America’s best-known public advocates, offer what they intend as a “one-stop shop that explains what the Lyin’ King means to our democracy.” Written by Green, a bestselling author and former elected Public Advocate and Consumer Commissioner of New York City, and Nader, the founder of Public Citizen and former third-party candidate for president, the guide aims to help readers understand the two biggest news stories of the coming year: the impeachment and the 2020 presidential election. The two will discuss the book with Busboys & Poets owner Andy Shallal. Monday, Dec. 9, at 6 p.m. Busboys & Poets, 2021 14th St. NW. Call 202-387-POET or visit www.busboysandpoets.com.

Randy Shulman is Metro Weekly's Publisher and Editor-in-Chief. He can be reached at rshulman@metroweekly.com.
← Previous Story Editor’s Picks: Alice Smith, Downtown Holiday Market, The Nutcracker, and more!
Next Story → Editor’s Picks: My Fair Lady, Tribute to Aretha Franklin, The Newseum, and more