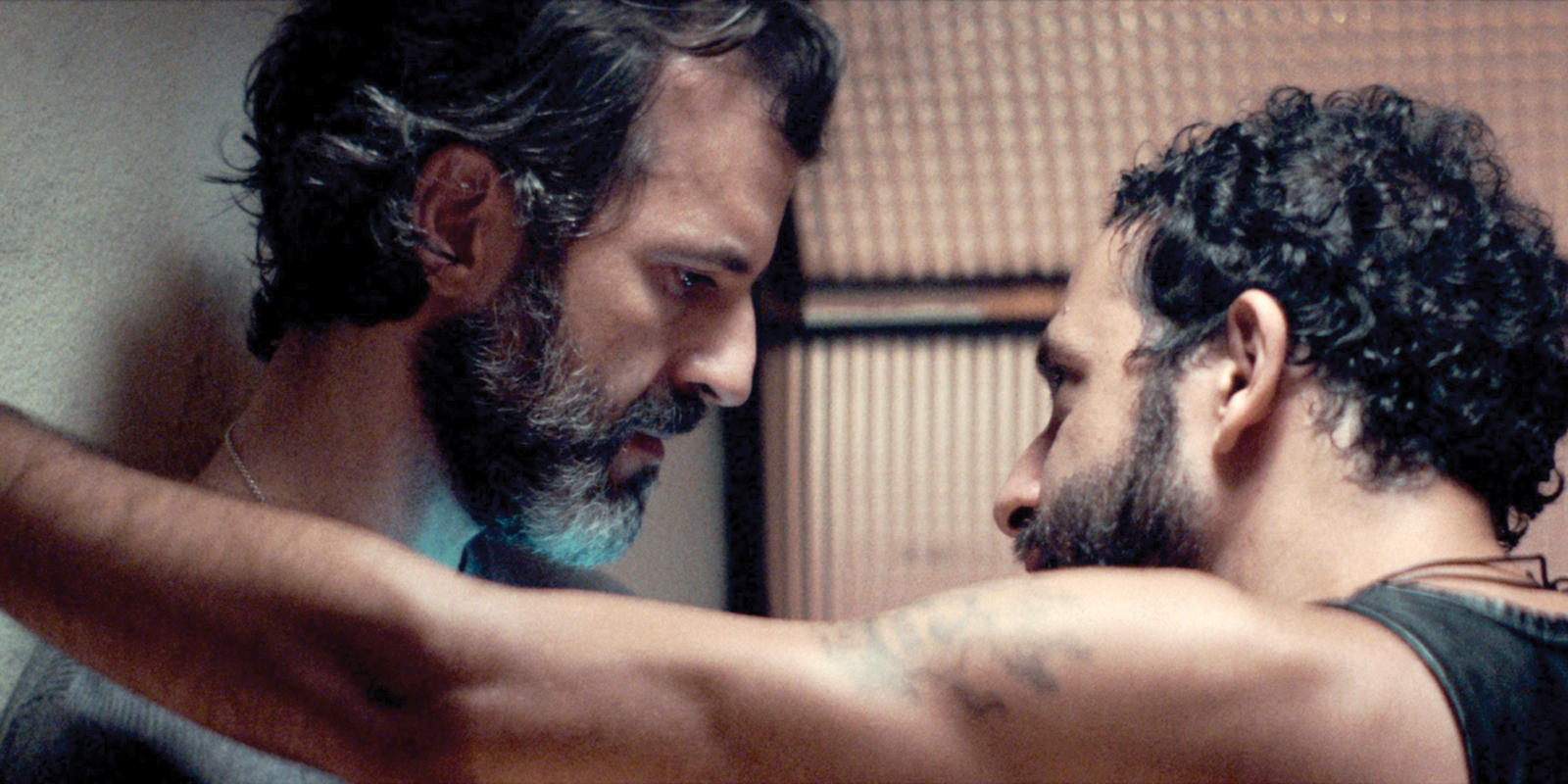 An ultra-religious family in Guatemala City is rocked by seismic shifts both geological and metaphorical in filmmaker Jayro Bustamante’s tense, Spanish-language coming-out drama Temblores (Tremors). The film depicts the quake-prone city’s residents as perpetually on the edge of shaky ground, an apt reflection of lead character Pablo’s unsettled life, since everyone in his conservative world has discovered his relationship with free-spirited masseur Francisco.

In its harrowing depiction of religious and cultural oppression, Temblores also reflects the harsh reality that, as Juan Pablo Olyslager, who stars as Pablo, points out, “There are no legal protections for gay people in Guatemala.” A distraught Pablo, pressed by his devout wife Isa (Diane Bathen), and his fundamentalist Christian parents and siblings, must enter conversion therapy to be “cured” of his attraction to Francisco (Mauricio Armas Zebadúa), or else forfeit any legal right to see his kids. The misguided and strangely homoerotic reprogramming practices might cause more trauma than they could possibly cure, and, as importantly, “They don’t work at all,” says Olyslager.

“I think gay people are born this way,” he says. “I don’t think they are made. So there’s nothing to change according to my view. I think [these therapies] are ridiculous, they are humiliating, and they can have the potential to destroy somebody.”

The actor, who also costars in Bustamante’s award-winning 2019 thriller La Llarona, researched his sensitive role in Temblores by attending evangelical church services. He hopes the film might raise awareness “that gay people are being oppressed in many parts of the world. There is real suffering there.”

“I would like to reduce prejudgment, or judgments on gay people. I think the movie depicts a real human being with real struggles, who really does love somebody of the same sex, and is going through these struggles. And I hope — this is very maybe naive on my part — maybe to motivate people who are in the closet to come out, and live the life that they really want to live, instead of living the life that others want. I think I would love people to be real to themselves, and what they really are, and just come out if they can.” —André Hereford

André Hereford covers arts and entertainment for Metro Weekly. He can be reached at ahereford@metroweekly.com. Follow him on Twitter at @here4andre.
← Previous Story 63 Up is the latest in a groundbreaking documentary series
Next Story → Film Review: Bombshell