By John Riley on December 19, 2019 @JohnAndresRiley 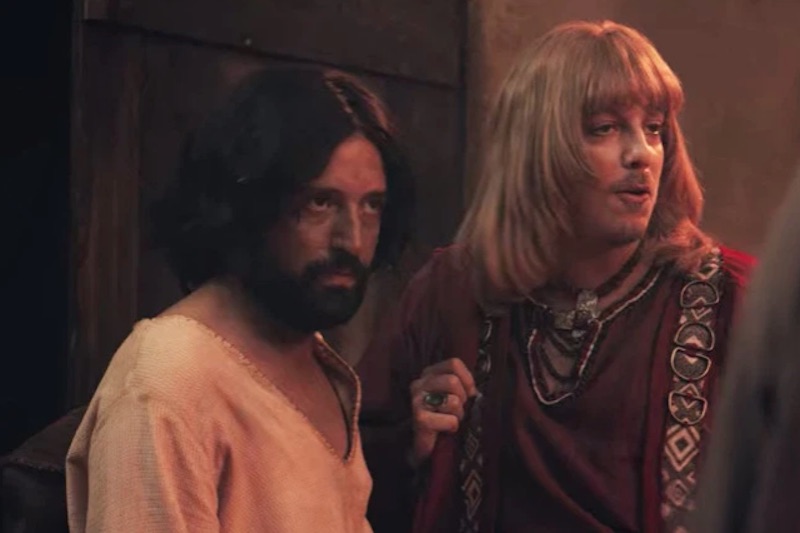 A petition to ban a Netflix comedy depicting Jesus Christ as a gay man has gained more than 2.2 million signatures.

The petition on Change.org targets the film The First Temptation of Christ, by the creators behind the Brazilian YouTube comedy channel Porta dos Fundos.

In Temptation, Jesus Christ is turning 30 years old, and stumbles across a surprise birthday party thrown by his parents, Joseph and a pot-smoking Mary.

The plot involves Jesus bringing a “surprise guest” to meet the family, playing off the idea that Jesus is a closeted gay man bringing his partner to meet his parents.

The petition, which aims to collect at least 3 million signatures, demands that the comedy — which became available for streaming on Dec. 3 — be removed from Netflix because its content is offensive to Christians, claiming it “vilifies faith.”

But Porta dos Fundos co-founder Fábio Porchat told Variety in an interview that he wasn’t sure what all the fuss was about.

“It doesn’t incite violence, we’re not saying people shouldn’t believe in God,” Porchat said. “We play at insinuating that Jesus has a new friend, and probably this new friend is gay, but they have just been having fun and a very good time in the desert for 40 days.”

This isn’t the first time that creators of Porta dos Fundos have tackled controversial topics, as they are known for skewering religion, politics, Brazilian culture, and other hot-button issues.

But Porchat suggests that Brazil’s religious community — particularly evangelicals and conservative Catholics who were instrumental in electing the country’s anti-gay President Jair Bolsonaro — may be behind the petition.

“For some Catholics here in Brazil it’s OK if Jesus is a bad guy, uses drugs: That’s no problem. The problem is he’s gay. No, he can’t be gay. And that’s interesting because Jesus is everything,” he said. “God is black and white and gay and straight. God is everything. It’s more homophobic to be insulted by a gay Jesus than to make Jesus special.”

Porchat also said that Netflix has no plans to pull the film — despite the demands of right-wing Brazilians who value authoritarianism over freedom of expression.

“They haven’t said anything to us like, ‘Maybe we should stop making the special available,'” he said. “They support freedom of speech.”

When reached by various media outlets for comment, Netflix declined to do so, pointing to a statement from Temptation‘s creators that reads: “Porta dos Fundos values artistic freedom and humor through satire on the most diverse cultural themes of our society and believes that freedom of expression is an essential construction for a democratic country.”

Washington man accused of killing teen after learning she was transgender

Pennsylvania postal worker claims he was fired for being gay