J.D. Ford filed bill in response to firings of gay teachers by Archdiocese of Indianapolis

By John Riley on January 3, 2020 @JohnAndresRiley 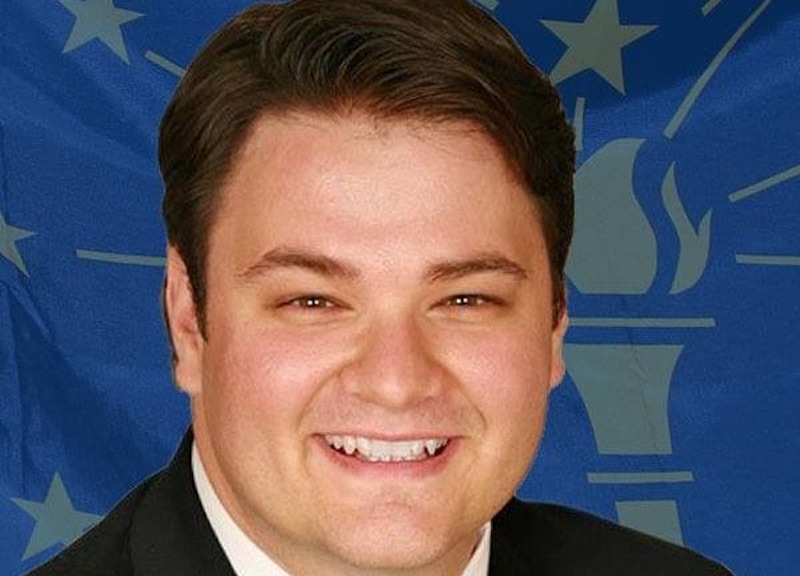 An Indiana state senator has introduced a bill for the second year in a row that would prohibit schools that discriminate against LGBTQ people or other groups from receiving taxpayer money in the form of school vouchers.

State Sen. J.D. Ford (D-Indianapolis) introduced the bill in response to an ongoing controversy involving the firings of gay or LGBTQ-friendly teachers and guidance counselors by the Archdiocese of Indianapolis. At least one of the schools, Roncalli High School, currently receives money through to the state’s voucher program.

Under the bill, schools would have to agree not to discriminate against staff and students based on a number of characteristics, including sexual orientation, in order to accept the voucher money. Ford says Republican leaders in the Indiana General Assembly should at least allow the issue to be debated and the bill to receive a committee hearing. A similar bill last year was killed without debate.

Ford said in a press conference announcing the bill that Republicans should “allow the people of Indiana to weigh in on this.”

“I think that’s the most disappointing piece of this is that last year it didn’t even get a hearing,” he said.

This year, however, Ford’s bill has support from Indiana Superintendent of Public Instruction Jennifer McCormick, a Republican appointee. McCormick and Dominic Conover, an alumnus of Roncalli High School, who co-founded Shelly’s Voice, an advocacy group started in support of Shelly Fitzgerald, a lesbian guidance counselor who was suspended, and later fired, after the archdiocese discovered she was married to a woman.

Fitzgerald, who filed a lawsuit against the Archdiocese of Indianapolis in October, is the third LGBTQ employee to be fired for being in a same-sex relationship, following her fellow Roncalli guidance counselor Lynn Starkey and Joshua Payne-Elliott, a world language and social studies teacher who was fired from his job at Cathedral High School.

Payne-Elliott’s husband, Layton Payne-Elliott, is a teacher at Brebeuf Jesuit Preparatory School and was also targeted for firing, but Brebeuf had their status as a “Catholic” institution revoked for defying the archdiocese when they refused to fire him. Brebeuf has since appealed the decision, prompting the Vatican’s Congregation for Catholic Education in Rome to suspend the archdiocese’s decision while it undertakes its own investigation.

Subsequently, another Roncalli guidance counselor, Kelley Fisher — a straight woman — claims she was fired for standing up for Fitzgerald and Starkey, with administrators punishing her for “failing to adhere to Church teachings on homosexuality.”

The archdiocese has repeatedly said that it has a constitutional right to hire teachers who “support the school’s religious mission.”

School voucher advocates complain that Ford is misrepresenting how the program works.

“Vouchers support and are awarded to students and their families, not individual schools or employers,” Betsy Wiley, President and CEO of the Institute for Quality Education, a school choice advocacy group told The Indianapolis Star. “Vouchers are not about endorsing or condemning the views and policies of the institutions at which they are used. Instead, they are about giving power and opportunity to families and students to attend the school that best meets their educational needs.”

Ford says he does not want to dictate doctrine or curriculum in private schools. But that doesn’t mean private institutions are entitled to receive taxpayer money if they refuse to agree to terms by which any public school would have to abide.

The real issue at hand, Ford argues, is that taxpayers should not be forced to see their tax dollars used to support schools that discriminate — and deciding how those dollars are spent is within the purview of the General Assembly.

“I know other folks on the other side of this aisle say, ‘Well, it’s not really directly from the state because the family is giving the money to the school,’ but where is the family getting the money?” Ford told Indiana Public Media. “And that’s–the genesis of that would be the state budget.”

John Riley is the local news reporter for Metro Weekly. He can be reached at jriley@metroweekly.com
← Previous Story Delaware GOP county chairman to resign after using anti-gay slur in Facebook comment
Next Story → Pete Buttigieg claps back after Trump says he’s ‘pretending’ to be Christian