Buttigieg retorts: 'I've been a believer longer than he’s been a Republican' 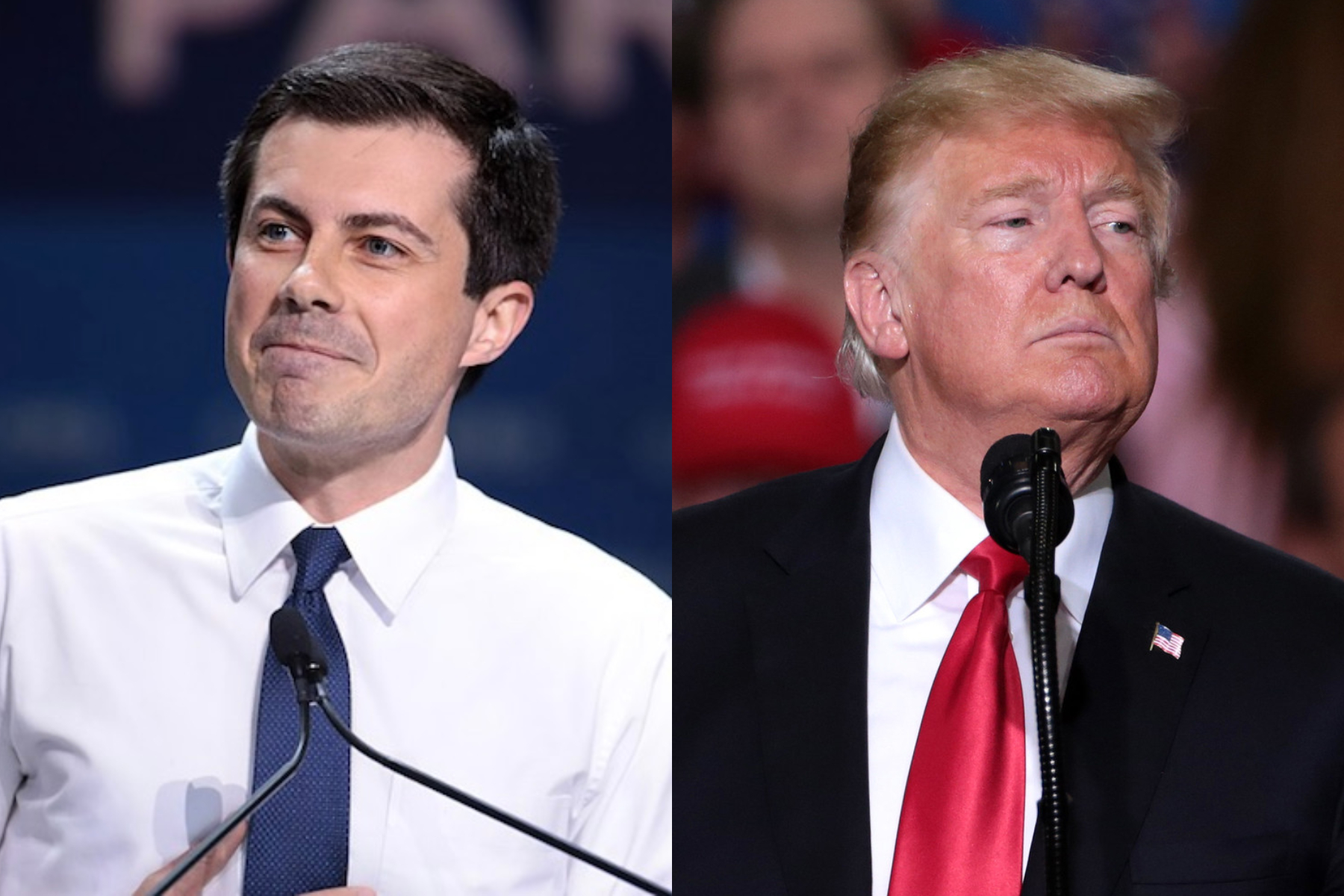 Democratic presidential candidate Pete Buttigieg has issued a swift rebuttal after Donald Trump claimed Buttigieg was “trying to pretend” to be Christian.

The thrice-married Trump — who has been accused of adultery and sexual assault — made the comments at the launch of the Evangelicals for Trump Coalition in Miami on Friday, Jan. 3.

Trump used his speech in front of 7,000 “supporters of faith” to attack the Democratic candidates for president, telling the crowd that God is “on our side,” the New York Times reports.

“We can’t let one of our radical left friends come in here because everything we’ve done will be gone in short order,” he said. “They can take it away pretty quickly.”

Once again breaking out the Alfred E. Neuman nickname — an attempt to compare Buttigieg to the Mad Magazine character — Trump claimed Buttigieg had only become religious “two weeks ago.”

He added: “Now all of a sudden he’s become extremely religious, this happened about two weeks ago.”

Buttigieg initially responded by tweeting, “God does not belong to a political party.”

God does not belong to a political party.

But he expanded further at a town hall in New Hampshire on Saturday, after a reporter asked him to respond to Trump’s comments, needling Trump’s inconsistent political history in the process.

“I’m not sure why the president’s taken an interest in my faith journey, but certainly I would be happy to discuss it with him,” Buttigieg said. “I just don’t know where that’s coming from, you know.”

He continued: “Certainly, it has been a complex journey for me, as it is for a lot of people, but I’m pretty sure I’ve been a believer longer than he’s been a Republican.”

“Saying [Pete Buttigieg] is only pretending to be religious reinforces the toxic notion that LGBTQ people can’t be religious,” GLAAD President and CEO Sarah Kate Ellis tweeted. “Like me, Buttigieg is one of millions of devout LGBTQ people. He lives out his faith, something [Donald Trump] could learn from.”

Buttigieg has spoken openly and frequently about his faith and religious journey on the campaign trail.

Last year, he said his marriage to husband Chasten has “moved me closer to God” during a speech before the LGBTQ Victory Fund’s Champagne Brunch.

“You may be religious and you may not,” he added. “But if you are, and you are also queer, and you have come through the other side of a period of wishing that you weren’t, then you know that message, the idea that there is something wrong with you, is a message that puts you at war, not only with yourself, but with your Maker.

“And, speaking only for myself, I can tell you that if being gay was a choice, it was a choice made far, far above my pay grade,” Buttigieg said. “And that’s the thing I wish the Mike Pences of the world would understand, that if you’ve got a problem with who I am, your problem is not with me. Your quarrel, sir, is with my Creator.”

“My problem is when those religious beliefs are used as an excuse to harm other people,” he said.

The former South Bend, Ind., mayor also noted the hypocrisy among Republicans who espouse religion while advocating for anti-Christian politics.

“The Republican Party likes to cloak itself in the language of religion,” Buttigieg said during the second Democratic debate. “We should call out hypocrisy when we see it. For a party that associates itself with Christianity to say that it is OK to suggest that God would smile on the division of families at the hands of federal agents — that God would condone putting children in cages — has lost all claim to ever use religious language again.”

And during a CNN and HRC town hall in October, Buttigieg said that using faith to condone anti-LGBTQ discrimination “makes God smaller,” adding that his Christian faith instructs him to identify with the marginalized and show them love.

“Religious liberty is an important principle in this country, and we honor that,” he said. “It’s the case that any freedom that we honor in this country has limits when it comes to harming other people.

“I have to say, when religion is used in that way, to me, it makes God smaller,” Buttigieg added. “It, to me, is an insult not only to us as LGBTQ people, but I think it’s an insult to faith to believe that it could be used to hurt people in that way.”