Anne Washburn's "Shipwreck" goes after self-involved liberals, which is like shooting fish in a barrel 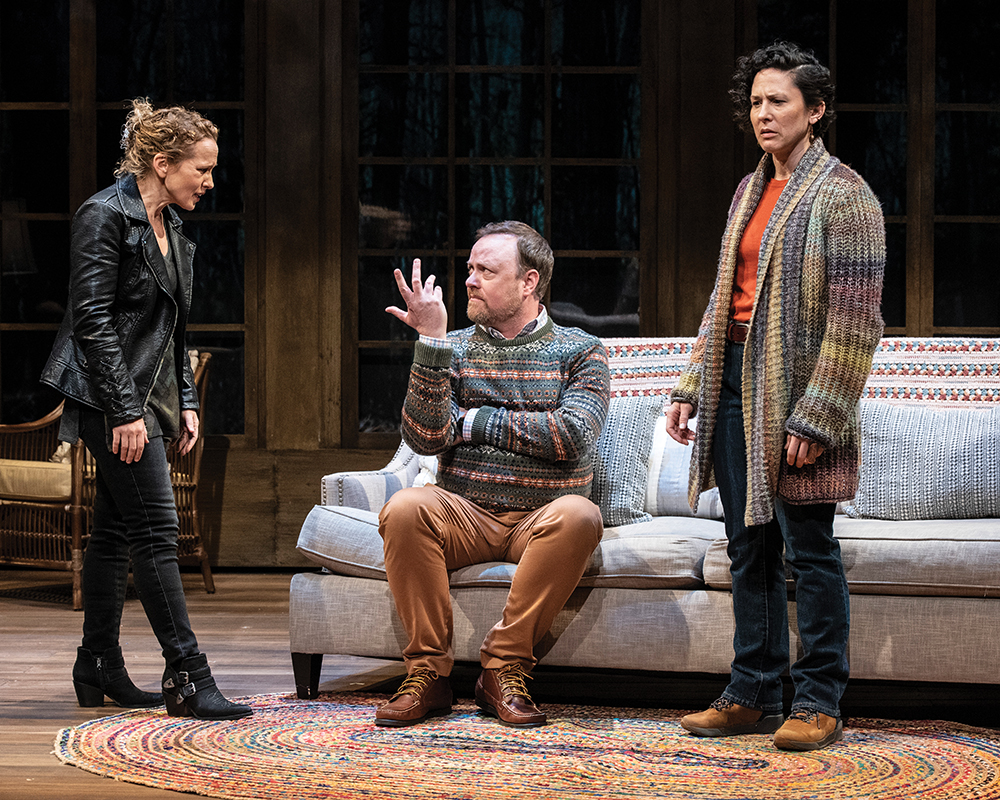 An East Coast weekend getaway wrapped up inside a contemplation of racial identity, Anne Washburn’s Shipwreck: A History Play About 2017 (★★★☆☆) has its moments, but ultimately tries to do too much. Set six months into Donald Trump’s presidency, Washburn snows a handful of liberals into a farmhouse, which one of the couples has recently taken on as a second home. As a long evening turns into a sleepless night, the group devolves into discussions of the seismic shift of the election and what it says about America. There are some subtle revelations vis-à-vis identities and views on Trump, but most of it revolves around the kind of mindless, half-formed discussion that has always passed for “informed” among the indulged.

Washburn, of course, is holding up something of a mirror — and, as it later turns out, not just to her audience. But going after self-involved liberals is like shooting fish in a barrel at this point, and even if it eventually makes for an interesting vehicle in which to explore racial identity, it’s boring.

And although the play, without doubt, captures for posterity the dawn of a newly disturbing age in America (and not just on one side of the aisle), it doesn’t offer much when so much has happened since. Throwing in a reference to an impeachment which had not yet occurred may get a giggle, but it isn’t enough to conquer the fact that events have well overtaken Trump’s arrival and his James Comey moment.

Still, what does eventually become interesting is the presence in the gathering of African-American Louis, who, although also an East Coast elite, seems to have evolved some kind of altered consciousness when it comes to the day’s politics. Whatever you think of Washburn’s rather existential messaging, the approach is original and, as performed by the phenomenal Jon Hudson Odom, riveting.

Also clever is Washburn’s meta-connection between the farmhouse and two outsiders, modern farmer Lawrence, and his son, Mark. Appearing in interludes to talk about their lives and, ultimately, racial identities, the two monologue directly to the audience in an attractive contrast to the self-centered and self-contained weekend gathering.

Without giving too much away, there is a nuance here that offers an unexpected take on African-American identity — but also, very originally, the complexity of the human mind. If James Whalen’s Lawrence is engaging, Mikeah Ernest Jennings’ portrayal of Mark is mind-bendingly good. Mixing his powerful ability to connect with the audience with his credible, complex evocation of this young 21st-century man, Jennings is stellar. His portrayal is so vivid, it’s hard to believe his Mark isn’t sitting in a Starbucks somewhere long after the play has ended.

Credit is also due to the ensemble for creating the gathering which by turns amuses, curls the toes, and seems all-too-relatable. As Allie, the person everyone would like to slap, Jennifer Dundas is pitch-perfect, capturing the articulate frenzy of a woman always on broadcast, who almost never gets called out, no matter what she slips into a conversation. As Andrew, Tom Story brings the wry humor, if not an altogether convincing chemistry with his partner Louis. Playing the crunchy granola Teresa, Alyssa Keegan is nicely convincing by not overplaying a character that almost begs for it. Hostess Jools is an awkwardly written role, but Anna Ishida nicely captures her brittle disdain, even if one is left wondering who she really is and why she bothers to entertain. Last but not least, Jeff Biehl keeps it understated as the quiet Jim, husband to Teresa, and then carries, with impressive focus, the lion’s share of Washburn’s all-encompassing detour into a hallucinogenic Trumpland. 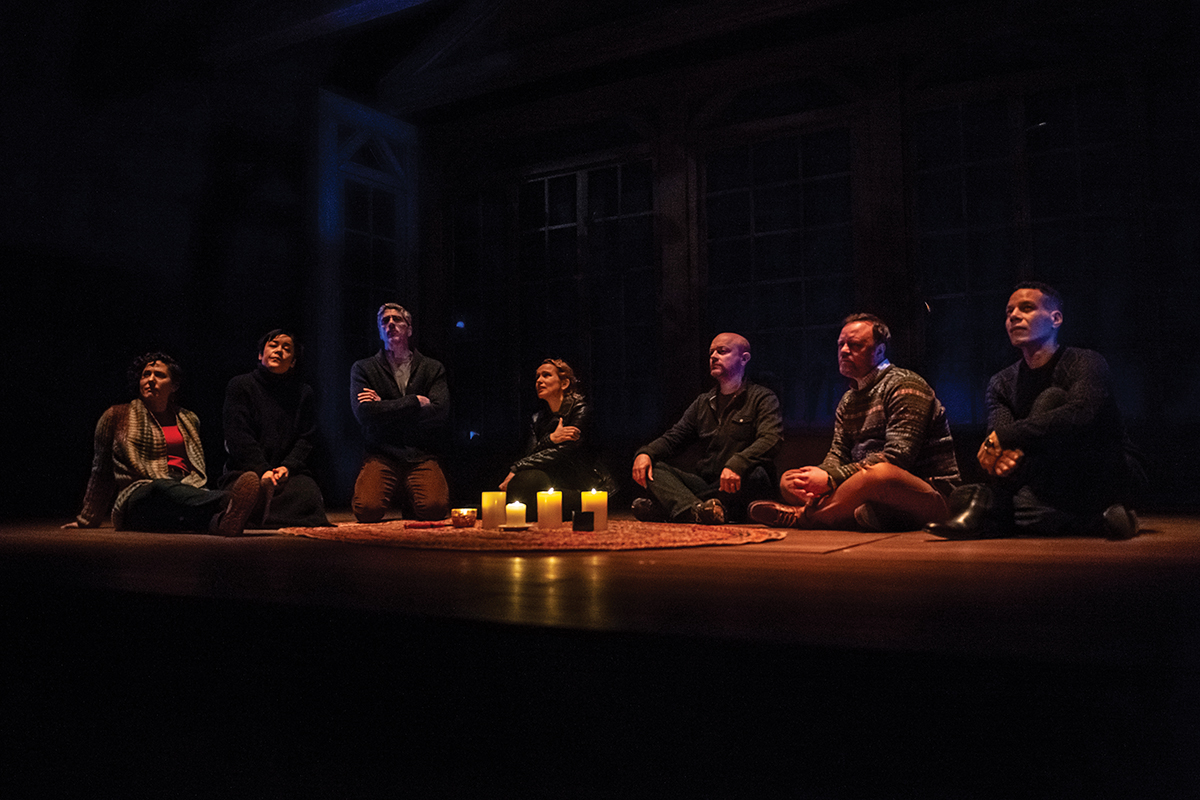 This fever dream, upon which the play ends, will be less of a surprise to those familiar with Washburn’s penchant for the surreal (seen in full flagrante in her Mr. Burns, a Post-Electric Play), but that doesn’t make it any better. Despite director Saheem Ali’s strong sense of pacing and the interesting mood created by Arnulfo Maldonado’s sets and Colin K. Bills’ lighting, it is neither especially funny nor ominous. And if there is something lurking behind all of the symbols, parroted testimony and allusions, it is a puzzle that comes too late in an already long evening.

This sequence sits in another realm, the fantasy excess arguing with the rest of the play. It seems a squandering of Mark’s journey and all the effort expended on that exhausting weekender. In the end, it all feels rather like the kind of arty event the weekenders would enjoy critiquing. If that’s Washburn holding up yet another mirror, well, that just adds to the exhaustion of the exercise.