Auli’i Cravalho, star of Disney’s ‘Moana,’ comes out as bisexual

In her first TikTok video, Auli’i Cravalho proudly came out as bisexual 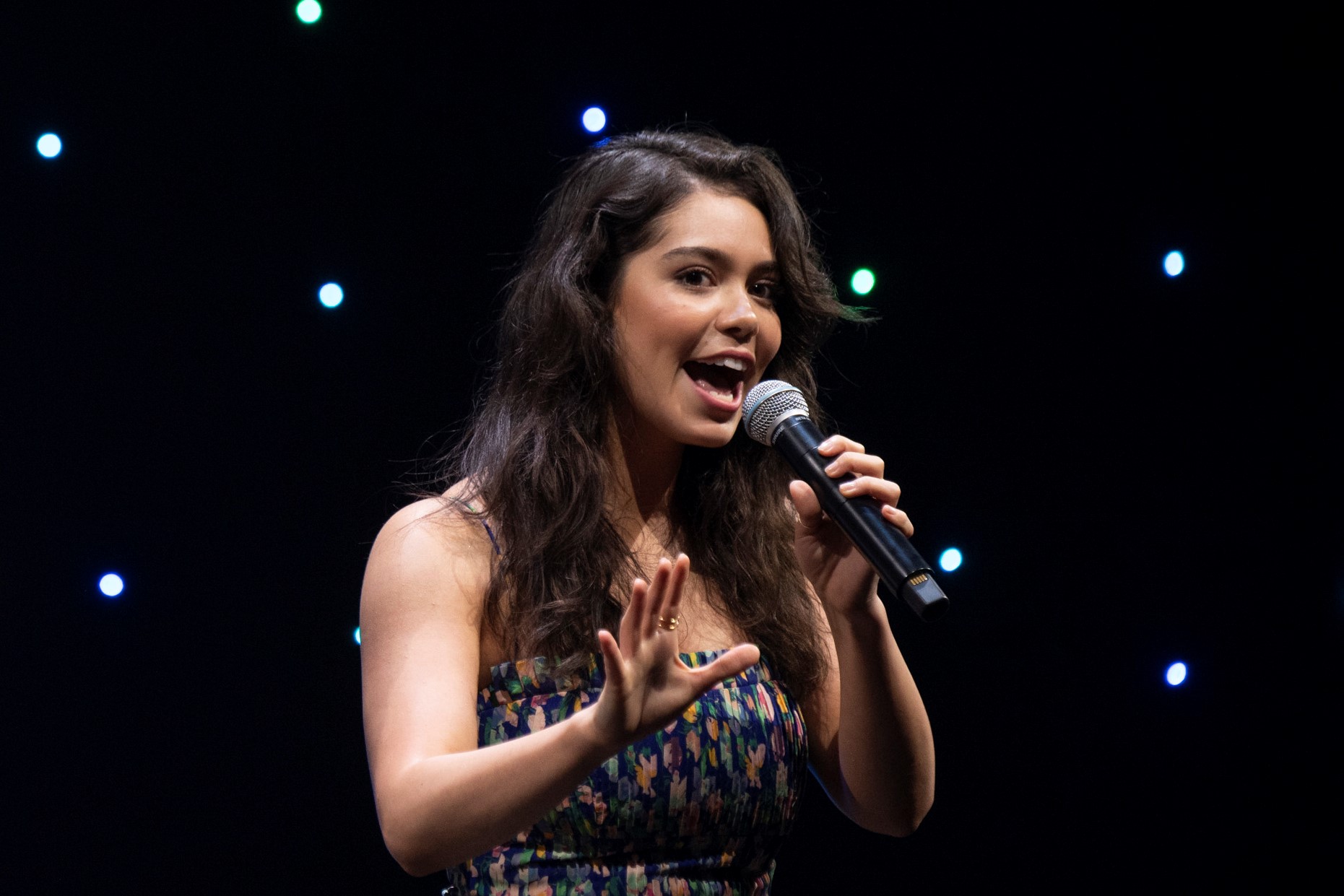 Actress Auli’i Cravalho, who voiced the title character in Disney’s animated hit Moana, has come out as bisexual.

Cravalho, 19, posted a video to her TikTok account this week which features her lip-syncing to Eminem’s “Those Kinda Nights.”

The lyrics reference a woman coming out as bisexual, after Eminem meets her in a club. He then raps that he’s “checkin’ out the chick,” and she responds, “So am I”:

Cravalho specifically lip-synced the woman’s portions of the lyrics in her video — which was also the first posted to her TikTok.

auli'i cravalho is bi and that is ALL that matters to me 😌 pic.twitter.com/TA5IUchlSY

After social media went wild over the potential that one of the voices behind a Disney princess was part of the LGBTQ community, Cravalho stepped in to seemingly confirm that she was indeed coming out.

Responding to a tweet from a fan who asked her if she liked women, Cravalho said: “If I may escort you to my tiktok…”

if i may escort you to my tiktok… @auliicravalho https://t.co/xRJuYk3e2t

Needless to say, the reaction on Twitter was overwhelmingly positive.

“Wait you’re telling me the one female voice actor I’ve ever had a crush on is in the LGBT community?!” one fan responded.

Cravalho was called both an “icon” and a “bicon,” while another fan wrote, “LGBT women of color SOLIDARITY.”

Wait you’re telling me the one female voice actor I’ve ever had a crush on is in the LGBT community?! 😍

So, basically, Team Bisexual wins the internet for the month.

You are an inspiration ❤️💜💙

Moana, which released in 2016 and also featured the voice of Dwayne Johnson, earned almost $700 million worldwide and was a critical success.

Cravalho’s signature song in the film, “How Far I’ll Go,” was nominated for an Academy Award and won a Grammy Award.

Since making Moana, Cravalho has starred in NBC drama Rise and upcoming Netflix film Sorta Like a Rock Star. She also portrayed another Disney princess last year, starring as Ariel in ABC’s The Little Mermaid Live!.

Rhuaridh Marr is Metro Weekly's online editor. He can be reached at rmarr@metroweekly.com.
← Previous Story HRC warns of COVID-19 pandemic’s impact on black and LGBTQ communities
Next Story → Ellen DeGeneres slammed for comparing COVID-19 self-quarantine to “being in jail”