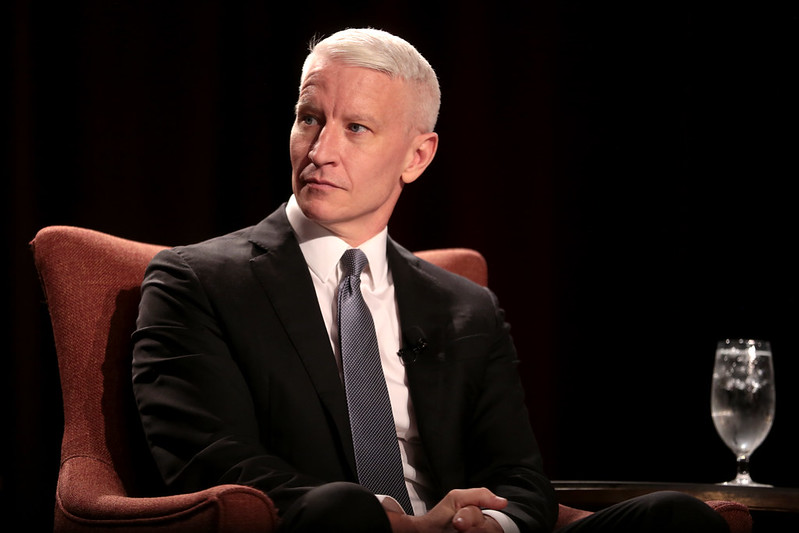 Anderson Cooper has called being gay “one of the great blessings of my life” during an interview with Ellen DeGeneres.

The host of CNN’s Anderson Cooper 360° appeared on The Ellen DeGeneres Show last week, where he discussed his new son Wyatt and his experience with coming out.

Cooper came out publicly as gay in 2012, but told DeGeneres that he didn’t hide it from those close to him, The Advocate reports, saying, “I never said I wasn’t gay or tried to hide it or pretend that [I was] anything else.”

While Cooper didn’t want to discuss his sexuality publicly, “it got to a point in my life where…by not saying something, that seemed like I was indicating that I was somehow ashamed of something or not happy being gay. And the complete opposite has always been the case.”

Referencing Wyatt, his son, who was born last month via surrogate, Cooper said he wished he had come out “sooner.”

“I consider it, along with Wyatt, one of the great blessings of my life to be gay,” he said. “Even though I’m kind of painfully shy, an introvert and stuff, I thought, ‘OK, well, I want to say something.’ And so I did, and I couldn’t be happier.”

He added that coming out publicly “does matter, and it does make a difference.”

Earlier this month, Cooper took a moment during am episode of Anderson Cooper 360° to reveal that he had become a father.

“It’s been a difficult time in all of our lives, and there are certainly many hard days ahead,” Cooper said, referencing the ongoing COVID-19 pandemic. “It is, I think, especially important in these times of trouble to try to hold on to moments of joy and moments of happiness.”

Cooper noted that many continued to “mourn the loss of loved ones,” but he wanted to “take a moment and share some joyful news.”

“On Monday I became a father. I’ve never actually said that before, out loud, and it still kind of astonishes me,” Cooper said. “I am a dad. I have a son.”

Wyatt Morgan Cooper shares his name with Cooper’s father, who died when the anchor was 10, Cooper said, adding, “I hope I can be as good a dad as he was.”

Cooper’s mother, Gloria Vanderbilt, died last year, and he honored her with the middle name Morgan, a family name on his mother’s side.

“As a gay kid, I never thought it would be possible to have a child, and I’m grateful for all those who have paved the way,” he said, “and for the doctors and nurses and everyone involved in my son’s birth.”

Cooper came out in 2012 in an email to author and blogger Andrew Sullivan, which was subsequently printed by The Daily Beast.

“It’s become clear to me that by remaining silent on certain aspects of my personal life for so long, I have given some the mistaken impression that I am trying to hide something — something that makes me uncomfortable, ashamed or even afraid,” Cooper wrote. “This is distressing because it is simply not true.”

He continued: “The fact is, I’m gay, always have been, always will be, and I couldn’t be any more happy, comfortable with myself, and proud.”