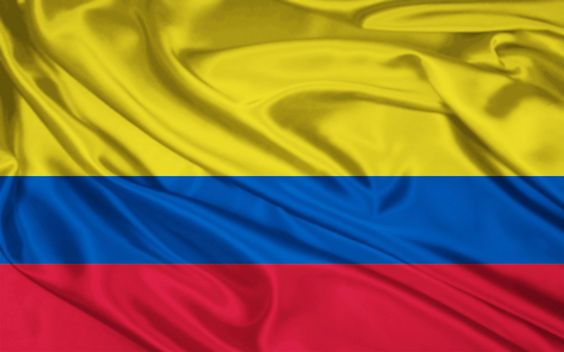 A new survey of LGBTQ people in Colombia has found that over one-third of transgender people have undergone some form of conversion therapy.

Conducted by the Williams Institute at UCLA and Colombia Collaborative Project, the survey is reportedly the largest and most comprehensive of its kind conducted on LGBTQ people in the South American country.

It found that, of the almost 4,900 people surveyed, one-fifth (21%) had “received treatment from someone who tried to change their sexual orientation or someone who tried to make them identify with their assigned sex at birth.” That number rose to 35% for transgender respondents.

Conversion therapy — also known as “ex-gay” therapy — is a widely debunked practice that has been banned in several countries, most recently Germany, as well as a number of U.S. states and municipalities. It can take the form of talk therapy, or more extreme methods such as aversion therapy or electroshock therapy.

The American Medical Association has denounced the practice as harmful to LGBTQ people, and it has been declared ineffective by a number of former “ex-gay” proponents.

“Colombia is a country of contradictions when it comes to LGBT lives,” the report’s authors note. “On the one hand, there are impressive gains in civil rights protections for LGBT people, such as recognition of same-sex marriage, eligibility for retirement pensions, and legal protection from discrimination on the basis of sexual orientation and gender identity.

“On the other hand, there continues to be serious violence and discrimination against LGBT people, particularly gay/bisexual men and transgender people,” they continue. “There is also a continued risk of reversal of achieved rights as the conservative movement strongly opposes those rights.”

One-quarter of respondents reported being fired or denied a job during their lifetime, and three-quarters said they were bullied at least once before they turned 18.

Sixty percent of lesbian woman said they had experienced verbal assault, with that figure rising to 71% for gay men, and 76% for transgender people.

More than half (55%) of respondents reported having had suicidal thoughts at some point in their lifetime, while one-in-four (25%) had attempted suicide at least once.

“Overall, the study results show that LGBT people live across Colombia and come from all social strata,” the report states. “They experience high levels of discrimination and violence, and a significant proportion of LGBT people have experienced psychological distress and suicidal ideation.”

Jennifer Flórez-Donado, co-author and a professor at Simón Bolívar University in Venezuela, told Reuters that, given the rates of violence and discrimination reported by LGBTQ people in the survey, ” it is not surprising that respondents reported such high rates of suicidal ideation and attempts.”

With regards conversion therapy, Flórez-Donado said, “As a clinical psychologist, every week I have parents who come to me with their LGBT children…so that I can help their children become heterosexual.”

Among the researchers’ recommendations are that further study be conducted into understanding the lives of LGBTQ Colombians under the age of 18, with regards their family support, relationships, exposure to conversion therapy, and other metrics.

It also urges state and city government to implement suicide prevention programs targeted to LGBTQ people, to develop programs for LGTQ victims of violence, and to create public policies that address the ” high levels of physical and sexual violence against LGBT communities perpetrated by multiple actors in society, including the police.”

Rhuaridh Marr is Metro Weekly's online editor. He can be reached at rmarr@metroweekly.com.
← Previous Story Trans youth claims he was raped, then stripped, beaten and tortured by gang in Ukraine
Next Story → Australian police arrest man for 1988 murder of gay American