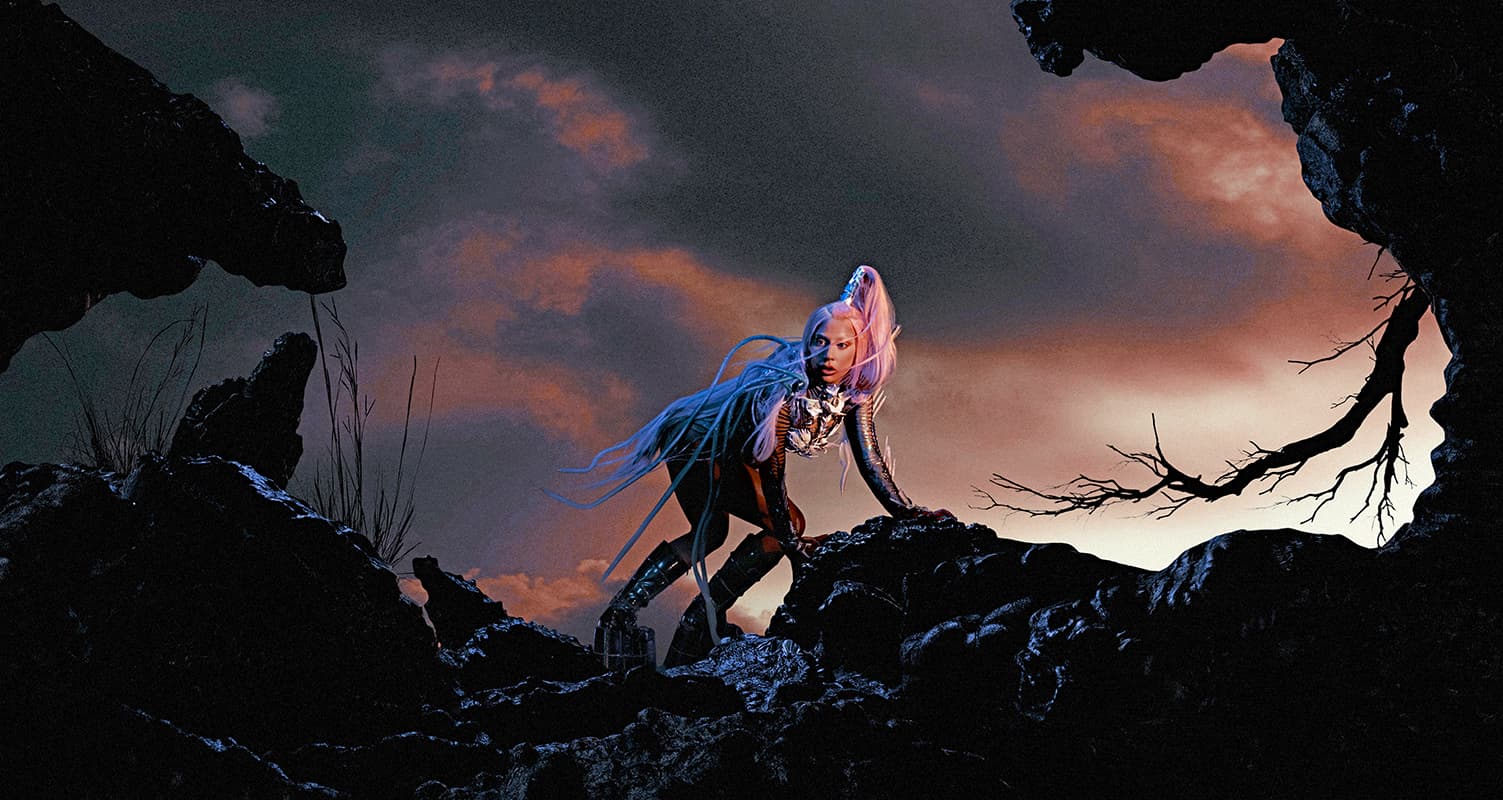 It should be more than clear to all of us by now that writing off Lady Gaga is a losing bet. A handful of reinventions into her career, it’s clear that these were not so much reinventions as an unexpectedly eclectic artist getting bored, trying on several different hats, and flexing her versatility in the process. But even after dabbling in jazz and show tunes and flirting with country, Gaga is still a pop star at heart.

Chromatica (★★★☆☆) marks a return to that eclectic, conceptual-yet-accessible pop that she originally built her brand on, less of an Artpop and even less of a Joanne. Instead, this is the thoughtfully image-conscious Lady Gaga of The Fame Monster, a slippery pop star who wants to poke and needle and explore the world, more than capable of packaging that art school quirkiness in a knockout single. This is where Chromatica is most similar to her debut, in that it promises much and often delivers, leaning heavily on a few knockout tracks such as “Alice, “911,” and of course “Rain on Me,” her collaboration with Ariana Grande that has the two singers share the spotlight, trading lyrics on a soaring and triumphant anthem to perseverance.

The hype that “Rain on Me” has received in the couple weeks since its release has been well-deserved, and it will likely hold up as the album’s most memorable standout. It also speaks to Gaga’s ability to leverage the talent of her collaborators, another of the great strengths of the album. Apart from Grande, Korean group BLACKPINK lends depth to the sickly sweet “Sour Candy,” the most danceable track on an album full of them. “Sine From Above” shines as one of the more memorable tracks, featuring Elton John much more prominently than we might have expected, making for a track that is a bizarre yet oddly enjoyable experience to listen to the first time through.

As with any Gaga album, the art, videos, and backstory are inseparable from the album, and as is so often the case, there is unfortunately a marked disconnect between aesthetic and music. It is hard to imagine that it is a coincidence that the strongest moments of the album come when Gaga buys in fully to the futurism promised by the badass cyborg punk queen getup she dons for the cover art, peaking with “911,” an infectious eurodisco number that reflects on the ways mental illness can warp and filter one’s perceptions of the world. Elsewhere on the album it is mostly forgotten in favor of standard EDM-inflected dancepop, but only once does it truly fall flat, on the closing track, “Babylon.”

While Chromatica is certainly a mixed bag musically, it is held up in its less stellar moments by Lady Gaga’s singular star power, as well as her refreshing honesty and frankness. Empowering lyrics abound, and her vulnerability in baring her journey in healing from deep-seated traumas through music makes her easy to like and connect with. Although this album was clearly made for the clubs, Lady Gaga has at least given us some things to think about while we dance alone in front of our bedroom mirrors.

Chromatica is available to stream on Spotify and Apple Music.

Album Review: ‘Dedicated Side B’ by Carly Rae Jepsen