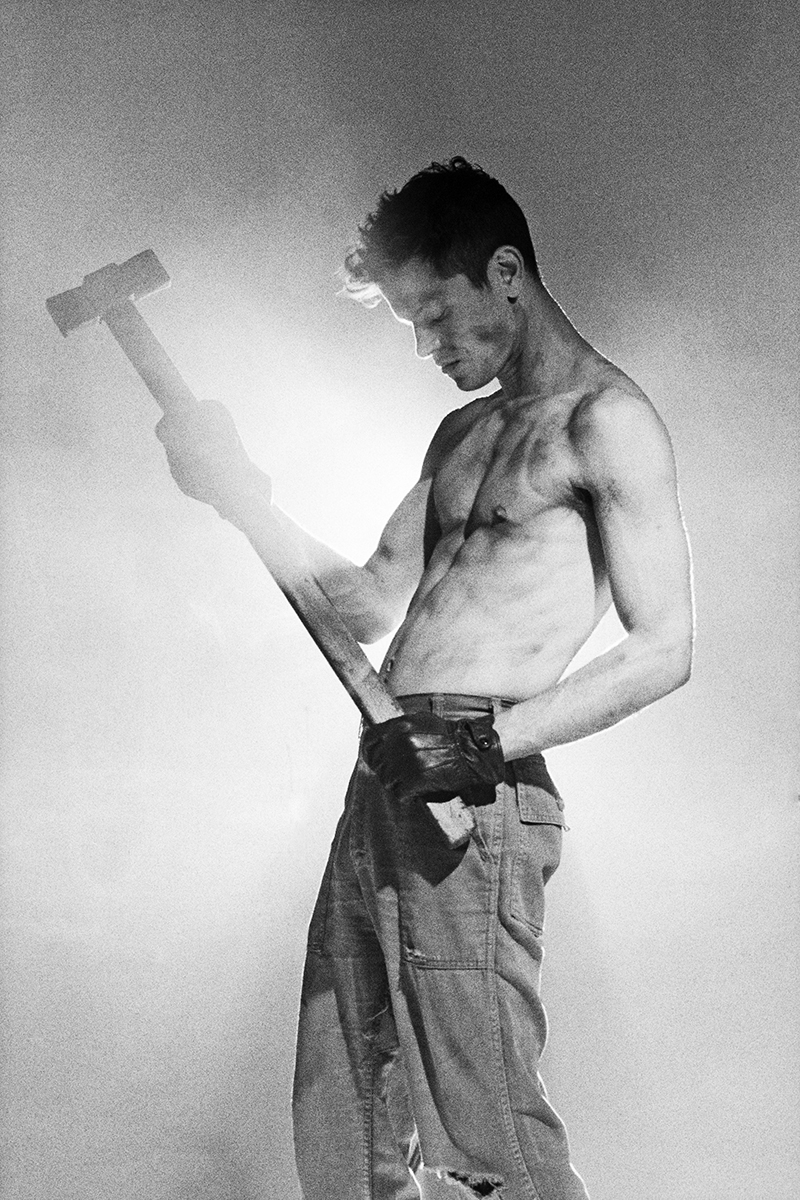 Every Perfume Genius album has leaned towards the autobiographical, reflecting whatever his external circumstances and internal preoccupations might be at the time. For the formerly Seattle-based, recently L.A.-relocated Mike Hadreas, these albums are acts of self-creation more than self-reflection, not so much exploring himself as singing himself into existence.

Set My Heart on Fire, Immediately (★★★★☆) turns that act of creation outwards, finding the self in conversation with the outside world, most of all in real and imagined connections with others.

On this album, as in life, dissonance, harmony, struggle, and joy are all bound up together. Rather than smoothing over the tension and contradiction between them, Hadreas, always a skillful and deliberate songwriter, thoughtfully embraces them as parts of a whole.

Compared to his last album, Set My Heart On Fire is a noticeably more grounded work. It opens in a way that calls back to No Shape, with quiet, intimate vocals over sparse piano, but rather than exploding into a riot of instrumentation as “Otherside” did, “Whole Life” shifts more smoothly, opening up into a cascade of string harmonies. Midway through, Hadreas starts singing that half of his whole life is “done,” rather than “gone.” That shift from a sense of loss to one of completion is subtle, but impossible to miss. Shedding some of the excess of No Shape allows Hadreas’ writing to breathe, letting these subtleties and ambiguities sit out in the open.

Dialing back some of the excess of his previous work allows more variation to emerge, making for a more fluid and dynamic album that rarely loses its fire. Hadreas has become more comfortable with guitars and bass, using them to great effect to add a depth and element of dissonance to tracks like “Describe,” the first single to be released, featuring haunting vocals layered over grinding guitar lines that eventually fade out into a low drone, blurring together in a beautiful sort of heat death.

Perfume Genius wouldn’t be Perfume Genius without a healthy amount of brooding, but tracks such as “On The Floor” find him flirting with pop and Americana, bringing a welcome sense of joy and abandon. This decidedly upbeat track revels in the feeling of intensely missing a lover’s physical presence, neatly capturing both the pain and the joy of imagining a shared moment together. Set My Heart On Fire is well-balanced though, and Hadreas matches these more brash and extroverted moments with quietly vulnerable ones, a push and pull that eventually comes to a head towards the end with “Nothing At All,” the most intense song in an album that doesn’t shy away from intensity.

Human intimacy as described by Perfume Genius is a powerful and intensely felt force, even as it is furtive, unpredictable and often fleeting. To listen to Set My Heart On Fire, Immediately in a moment when our relationships to our own bodies and those of others has been so abruptly turned on its head is a fraught but rewarding experience, its bluntness and honesty feeling almost like permission to feel the full depth of our basic longing for human contact.

Set My Heart On Fire, Immediately will be available to stream on Spotify and Apple Music on May 15.

← Previous Story Album Review: JoJo’s ‘Good to Know’ offers moments of real vulnerability
Next Story → Tom Goss is inspiring the world to dance alone, together, with ‘Dancing In My Room’