Snarky and thorough, "You Don't Nomi" makes a great case for relishing almost every tacky second of "Showgirls" 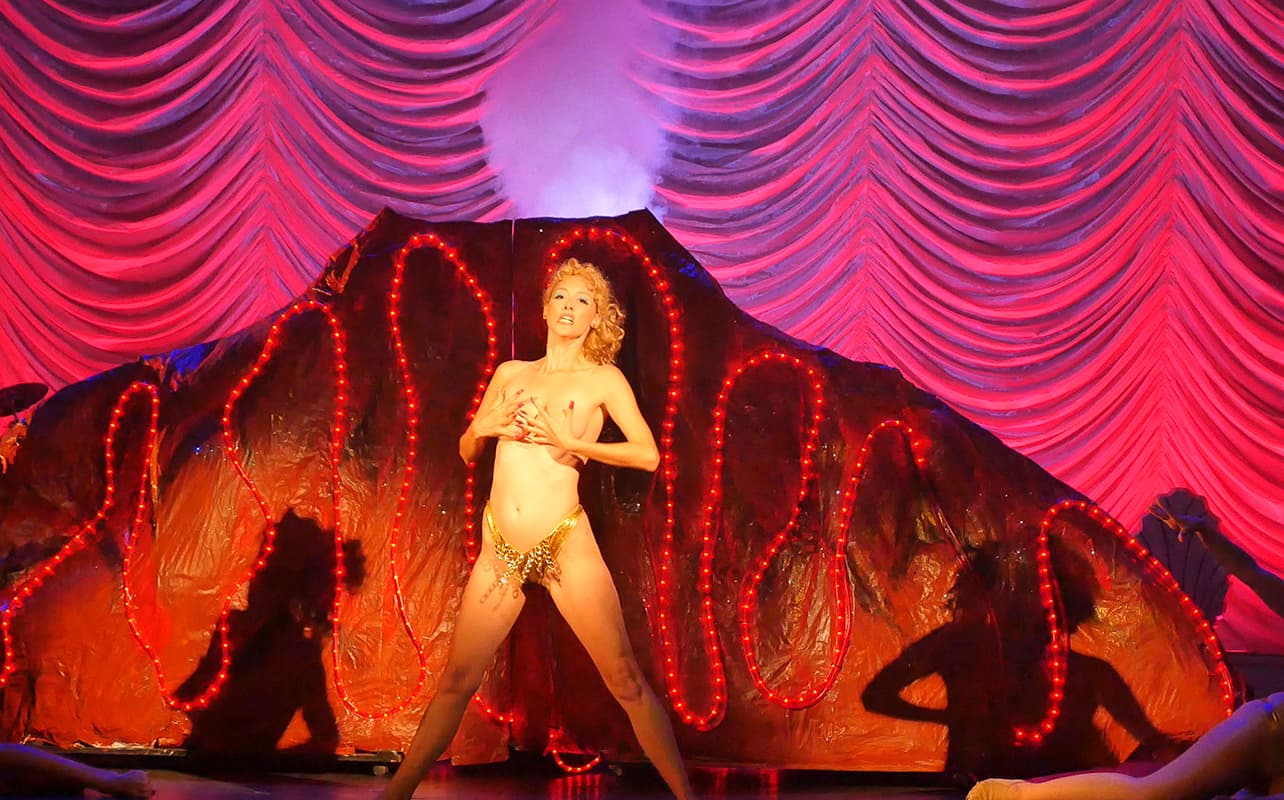 If you’re going to document a film disaster, you’d best bring clips. On that front, Jeffrey McHale’s documentary You Don’t Nomi (★★★☆☆) comes generously prepared to deconstruct the flop, the filth, the legend that is Showgirls. The scandalous 1995 film, spawned from the fevered ids of creators Paul Verhoeven and Joe Eszterhas — director and writer of Oscar-nominated hit Basic Instinct — might be one of the most compellingly trashy movies ever made.

Taking its title from Showgirls vixen Nomi Malone, who stomps and shoves her way to Vegas stardom, You Don’t Nomi traces the notorious ’90s bomb through its pre-release buildup and ignominious box office run, critical pounding, and ultimate rise from the ashes as an enduring cult classic. Die-hard fans of Showgirls‘ singularly lurid, overacted, homoerotic retooling of All About Eve deliver interviews extolling its many virtues as a masterpiece of bad cinema. McHale, for the most part, keeps the experts off-screen, allowing scenes and details from Showgirls to illustrate their engaging discussion of a flick that some unequivocally view as glossy, misogynistic junk.

But not every cineaste dismisses Showgirls as rigorously as late, great film critic Gene Siskel, shown with partner Roger Ebert, tearing the movie to shreds on their TV show. Film writer Adam Nayman, author of It Doesn’t Suck: Showgirls, argues that it’s simply a masterpiece. He might get somebody to believe that — but it won’t be former San Francisco Examiner critic Barbara Shulgasser-Parker, who brands the movie “an insipid kind of failure.” Everyone here really goes out of their way to properly express their feelings for what Showgirls is, or isn’t.

There is a cottage industry of Showgirls-inspired merch and material covered here, including April Kidwell’s Off-Broadway show Showgirls! The Musical! The movie spends more time with Kidwell than necessary, unless the idea is to imply she resembles an indie theater Nomi Malone. With clearer intent, You Don’t Nomi employs the connective device of scenes from other Verhoeven films, featuring characters watching TV, reading books or newspapers, but always with the imagery replaced by Showgirls. It’s an effective visual suggestion that Verhoeven’s oeuvre constitutes a world unto itself, ruled by his kinks, eye for violence, and playful but brutal sense of humor.

Elizabeth Berkley barely emerged from that world, but pops up in footage introducing Showgirls at a 2015 screening at the Hollywood Forever Cemetery. While Verhoeven seriously wants us to consider that critics and audiences merely misunderstood his expressionistic tour de force, Berkley has completed her savvy lean into the film’s infamy, transforming from the player hit hardest by its failure to the one laughing last at Nomi’s “Versayce.”

You Don’t Nomi is available via VOD and streaming, beginning Tuesday, June 9.

André Hereford covers arts and entertainment for Metro Weekly. He can be reached at ahereford@metroweekly.com. Follow him on Twitter at @here4andre.
← Previous Story ‘Shakedown’ explores a liberating L.A. underground scene created by and for queer black women
Next Story → The AFI DOCS Film Festival goes virtual with a potent lineup