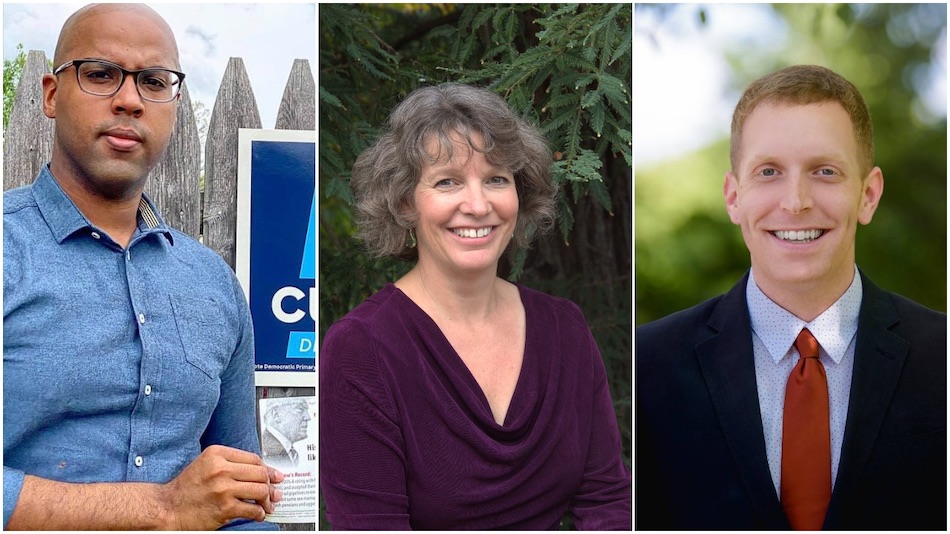 (From left to right) Will Cunningham, Beth Doglio, and Alex Morse – Photos: Facebook

The organization, which is dedicated to electing LGBTQ leaders to public office, endorsed Will Cunningham, who is running for the Democratic nomination to challenge U.S. Rep. Jeff Van Drew (R-N.J.) in New Jersey’s 2nd Congressional District; Beth Doglio, who is running in the Aug. 4 “top-two” primary for Washington State’s 10th Congressional District seat; and Alex Morse, who is challenging incumbent U.S. Rep. Richard Neal (D-Mass.) in the Sept. 1 primary.

Cunningham, if he were successful in the general election in what is widely acknowledged as a swing district, would join New York Democrats Mondaire Jones and Ritchie Torres — who are both favored to win their races — as one of the first openly LGBTQ Black members of Congress.

Altogether, the LGBTQ Victory Fund has endorsed 17 congressional candidates, including the eight currently out LGBTQ members of the U.S. House of Representatives. The organization has already endorsed 272 candidates in primary or general elections, and is on track to endorse more than 300 candidates, the most in the organization’s 29-year history.

“We have a historic opportunity to more than double the number of LGBTQ members of the U.S. House in 2020 — and Will Cunningham, Beth Doglio and Alex Morse are key to making that happen,” Annise Parker, the president and CEO of the LGBTQ Victory Fund and a former mayor of Houston, said in a statement.

“LGBTQ people remain severely underrepresented in the U.S. Congress and it is essential that the chamber becomes more reflective of the society it serves.

“When LGBTQ people are in the halls of power, they change the hearts and minds of skeptical colleagues and bring people around to supporting our cause,” she added.

See also: Number of out LGBTQ candidates who sought office in 2018 is higher than previously estimated

“They act as role models for LGBTQ youth who are struggling with their identity — showing them they can follow their dreams and be whoever they want to be,” Parker continued. “LGBTQ elected officials are transformative — especially when at the highest levels of government — and we are proud to support all 17 of our LGBTQ Congressional candidates who are determined to bring positive change to Capitol Hill.”

Parker also issued a last-minute plug for Cunningham, whose primary is on Tuesday, July 7, noting the historical importance of his candidacy as an LGBTQ person of color.

“We need more members of Congress who understand the experiences and struggles of the people they represent,” Parker said.

“As an openly LGBTQ Black man who grew up in poverty and experienced homelessness, Will Cunningham will bring a unique perspective to the issues facing our nation and ensure underserved communities are not forgotten.

“If Will wins his primary on Tuesday, America will have the opportunity to elect three openly LGBTQ Black members of Congress in November — and that would be transformative.”