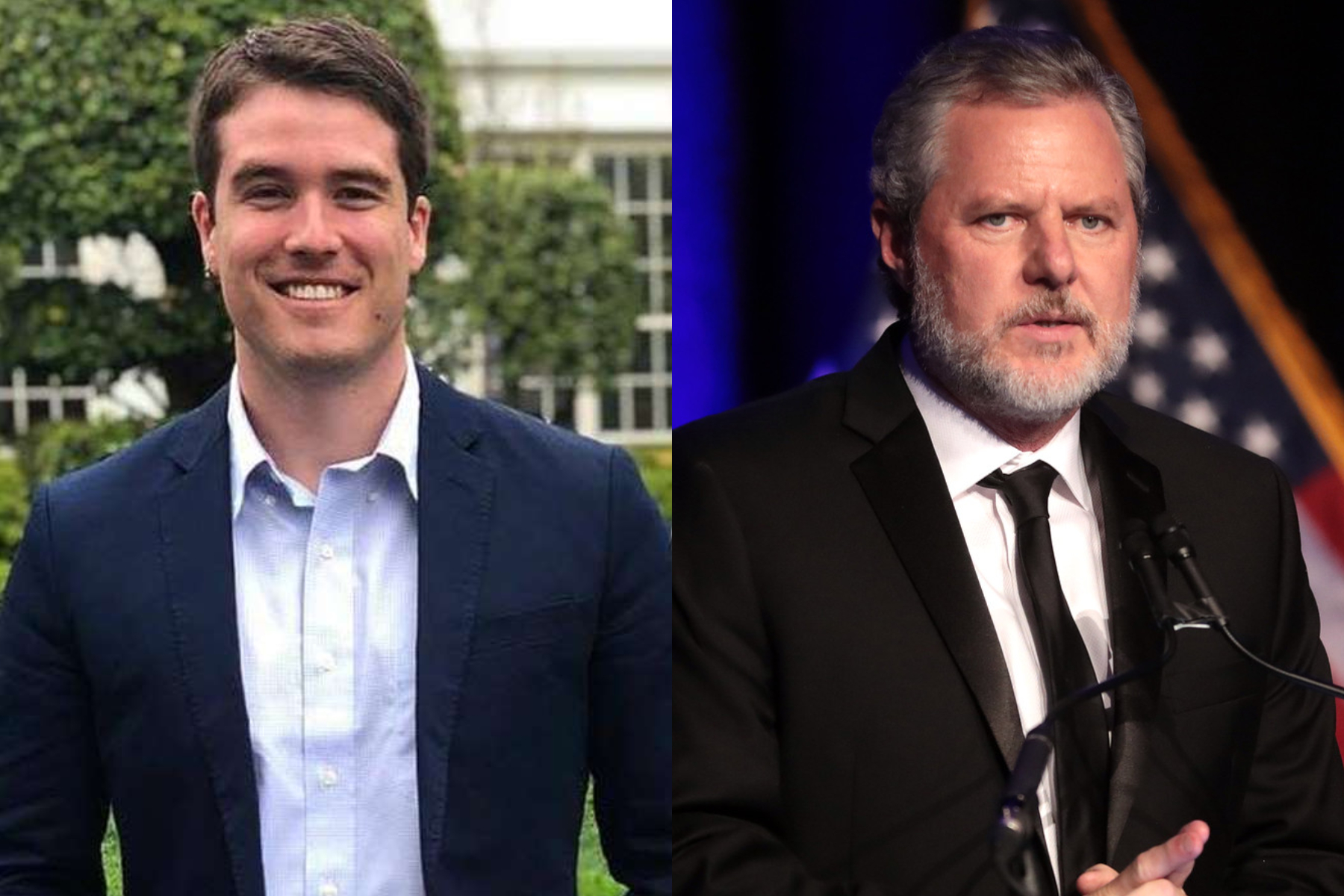 Jerry Falwell Jr. has resigned as president of Liberty University after an alleged sex scandal with a younger man.

The anti-LGBTQ figure had previously stepped back as president of the private Christian evangelical university, taking an indefinite leave after racy photos emerged of Falwell with his pants unbuttoned at a yacht party.

Falwell, 58, has become known for his steadfast loyalty to President Trump, the strict code of behavior he expects students at Liberty to abide by, and his fierce opposition to the acceptance of LGBTQ rights.

But he has now formally resigned as president of the university established by his father, evangelist Jerry Falwell, Sr., after reports emerged of a sex scandal involving Falwell, his wife Becki, and a younger man.

Reuters reports that the Falwells were engaged in a business and sexual relationship with Giancarlo Granda, who met the couple when he was a 20-year-old pool attendant in Miami Beach.

Among the accusations of the relationship — which Granda said lasted between 2012 and 2018 and included the Falwells buying Granda a youth hostel in Miami Beach in 2013 — are that Falwell would watch Granda have sex with his wife, Becki, “multiple times per year.”

“Becki and I developed an intimate relationship and Jerry enjoyed watching from the corner of the room,” Granda told Reuters.

Granda’s claims, which he corroborated through emails, texts, and other evidence shared with Reuters, have led to accusations of hypocrisy against Falwell.

As president of Liberty University, he enforced a strict code of conduct that, among other things, bans premarital sex, as well as the consumption of media with sexual content and nudity.

The university also does not recognize LGBTQ students, banning same-sex relationships and refusing to acknowledge the gender identity of trans students.

A lawyer for Falwell refuted Granda’s claims, saying the anti-LGBTQ evangelical “categorically denies everything you indicated you intend to publish about him.”

Falwell, meanwhile, shifted blame to his wife, telling the Washington Examiner last week that Becki “had an inappropriate personal relationship with this person, something in which I was not involved.”

He also accused Granda of trying to extort him and his wife by revealing details of the affair to “deliberately embarrass my wife, family, and Liberty University.”

However, on Monday, Falwell tendered his resignation as president of Liberty University, as well as from the university’s board of directors. He then subsequently retracted that resignation Monday evening, telling the Washington Post “it’s still up in the air.”

But on Tuesday, CNN reported that Falwell had, finally, submitted his resignation and Liberty University had accepted it.

“The university’s heartfelt prayers are with him and his family as he steps away from his life’s work,” Liberty said in a statement.

Falwell said that, though he denied being involved in a relationship with Granda, he was “now dealing with things in a way that I should have done before, including seeking to address the emotional toll this has taken.”

In a statement on Tuesday, Granda said that Falwell’s “effort to lie and discredit me” had exposed “to the world why I felt it was important to step forward and tell the truth about them.”

“The fiction they are peddling in an effort to save themselves is on par with the kind of victim-shaming tactics we’ve come to expect from people who have abused their positions of power and authority,” he said.

Falwell’s endorsement of Donald Trump in 2016 is credited with pushing evangelical voters to back the president, and he has remained a staunch supporter of Trump since his election.

Becki Falwell, who was described as the “First Lady of Liberty University” and has not publicly commented on Granda’s claims, sits on the Women for Trump advisory board.

Last year, one year after Granda said his relationship with the Falwells ended, Reuters reported that Falwell had approved a business deal with his 23-year-old personal trainer Benjamin Crosswhite, letting the younger man purchase an 18-acre racquetball and fitness facility on Liberty University property.